How to talk about Aziz Ansari without doing a disservice to the discussion of sex, consent, power and misogyny

A young woman's alleged sexual encounter with the Indian-origin star has triggered a sharp debate in the wake of the #MeToo debate.

1.) Starting an opinion piece about sexual misconduct and consent, with "I am a feminist", and then slut-shaming the young women through the most insidious hate, screwed logical reasoning and vitriol does a great disservice to the space that is finally beginning to open up about sex, consent, power and misogyny.

2.) I am still appalled that no one seems to point out the power dynamics between Ansari and the young women. He is 34, she is 22. He is a successful actor, she is a young photographer. I request those gleefully sharing the Atlantic and the New York Times pieces, as some kind of exoneration of Ansari, to stop, to think and to try and remember what you were or how you perceived consent, sex and desire at 22.

Because I remember being 22, and still being unsure and confused by the messiness of it all. A decade later, perhaps I have a better sense of these things. Maybe the better word is clarity. But I will be the first one to concede, that most of my early 20s were spent unlearning so much of the patriarchal moral, sexual and desire policing that the toxic culture I was raised in and I now live in had inflicted on me.

3.) I now regularly interact with women a decade younger than me, and when they talk about their experiences, I am not only shocked, but there are moments when I don't know how best to speak to them about consent, assault and violation of their personal and physical space. This is an ongoing conversation.

Rather than making space for women to talk and think together, educate each other and learn from experiences both personal and generational, we are spewing hate. The attempt to police and define consent through coercion will only narrow the definition of what is considered unacceptable. Not open the much-needed space to talk, think, educate, and organise. 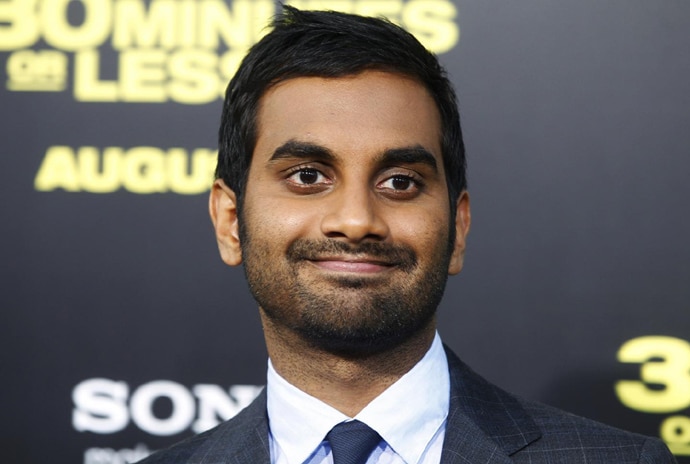 4.) When is calling oneself "progressive", "liberal", or a "feminist" a kind of defence against your misogyny? When a man or a woman says I am feminist, why do we take them at their word, not interrogate their action? Talk is cheap. And reducing the political and the politics to sounds bites is even more dangerous. That is why we take Ansari, Oprah or Meryl Streep at their word, and not through their deeds.

5.) Ansari's politics has always been problematic, his NYT piece on returning home and "writing about food" in India. His now award-winning show that hides behind the same Woody Allenesque emotional and sexual drama that plays out in the city of the hyper-privileged. His shallow take on "modern dating", his depiction of other brown women in this series, or fashioning himself with troupes like "woke", "feminist" or " the decent brown man" have been problematic for so long. Yet very few have critically appraised his work.

6.) Let's not confuse talent and misogyny. Let us not even confuse branding with talent. Success is no free pass to being a dick or entitled prick. Privilege and power dictate relationships. Age, wealth and success also dictate sex and consent. Learning this and navigating this is hard, its harder when you are raised in a culture that teaches and trains you to surrender your consent to please a man and his compulsions.

7.) We have normalised men being a**holes, and we have trained women to defend these a**holes at the expense of destroying other women. The mainstream platforms have all published terrible opinion pieces, while some of the most honest, humane, balanced articles that create possibilities for change have been mostly published as conversations on social media or in publications that have a niche audience. Returning to my fundamental concerns about who is driving the conversations and who is being heard!

But we also keep proving the point that "shit always floats to the top", over and over again.

#Master of None, #Patriarchy, #Sex, #Consent
The views and opinions expressed in this article are those of the authors and do not necessarily reflect the official policy or position of DailyO.in or the India Today Group. The writers are solely responsible for any claims arising out of the contents of this article.