Rajamouli’s film is bigger than classics like 'Mughal-e-Azam', 'Sholay' and 'Lagaan' - the biggest Indian cinema has ever seen.

Baahubali: The Conclusion seems to have captivated an entire generation of cine fans but there are some who are not impressed with the storyline of the second coming of Rajamouli’s epic, even though the movie has broken all possible box office records.

Being the highest opener of all time, it garnered over Rs 120 crore on Day 1, which is more than the weekend collection of hits such as Dangal and Sultan, and earned the third position at the US box office, which is unheard of for an Indian film (collecting $10.1 million).

The highest grossing Indian film of all time beat Dangal’s lifetime record of Rs 386 crore in just five days and saw 90-98 per cent occupancy in the majority of shows throughout the country.

The scary part is that only a handful of people have seen Baahubali: The Conclusion, if you compare the footfalls to our general population, thus most of you are still planning to watch the film.

I thought trade analysts who predicted Rs 1,000 crore-plus return for Baahubali 2 had lost their minds, but this film is well on its way to cross that figure.

So, is it worth the hype?

Now since attention spans are short let me start this review by saying - do yourselves a favour and please watch this film not only as history in the making at the box office but also as historic in terms of cinematic achievement.

Each frame tells the story of a relentless team that worked behind the scenes and completely immersed themselves in this true game-changer. The detailing is impeccable, while I witnessed every scene in awe I must admit I felt a little drained as I could see what incomparable effort it took to create Rajamouli’s magnum opus.

The two films were made over a span of five years and Prabhas gave me the perfect adjective to describe this project - he said it was sheer madness. There were a bunch of mad people, including Prabhas, who believed a mad person such as Rajamouli and look what they achieved. 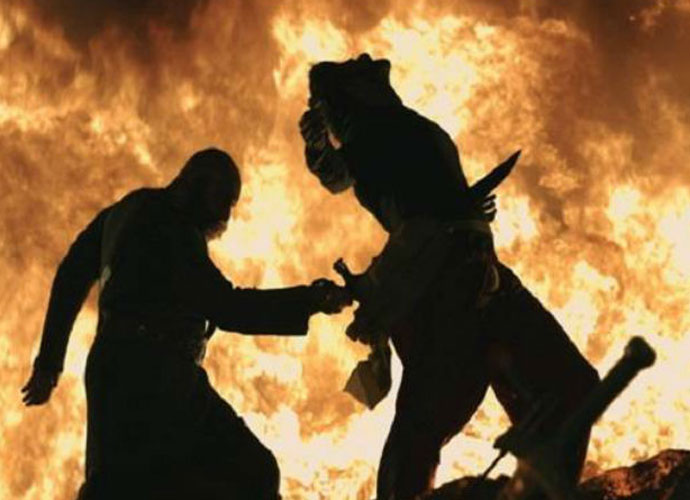 Rajamouli clearly works with specifics rather than having a rough sketch.

The editing and cinematography is flawless, there is never a dull moment from the song sequences to the epic battle in the end. The graphics, visual effects and even simple transitions were executed to perfection.

Rajamouli clearly works with specifics rather than having a rough sketch and building sequences organically as he shoots the film - everything seems to have been planned immaculately. The intensity of the entire Baahubali team coupled with the technical prowess and execution make it one of the greatest Indian films of all time.

Now I had a debate/argument with Saif Ali Khan when he told me that Indian films will be classified as being from the post-Dangal or pre-Dangal era. Don’t get me wrong, Dangal was a true blockbuster but it will not go down in history as one of the greatest Indian films of all time.

It was a smart film with a lot of commercial trappings but once again not a true sports biopic by any stretch of the imagination.

Baahubali, the beginning and conclusion, can only be compared to classics such as Mughal-e-Azam, Sholay and Lagaan - those were films driven by true passion, vision and conviction and yet they were a shot in the dark, their fate was not a guaranteed success although the trailblazers who made these films seemed to have invested their entire life in creating those unforgettable classics.

Now let’s talk about the cast, starting with Prabhas. One word: superstar. Baahubali, the beginning and conclusion, can only be compared to classics such as Mughal-e-Azam, Sholay and Lagaan.

Critics talk about Salman Khan’s effortless presence - this guy is the larger-than-life version of Salman with the ability to act and emote. He is like a mute nuclear explosion on the big screen because he doesn’t need to be loud; you can hear him even when he’s not saying a word. His silence is deafening.

Rana Dagubaati is the perfect adversary, although it is a slight struggle for him to play the heartless evil Bhalladeva; Anushka Shetty is a completely different story, she is the answer to Prabhas’ towering personality  and the answer to Ramya Krishnan’s dominant Sivagami character.

Sathyraj as Katappa gets involved in some clichéd comedy but you don’t really mind that as the humour works. One area where the writers could have done better is how the wise Sivagami falls so easily for Bhalladeva’s traps - that part of the storyline is a bit oversimplified.

Remember expectations from this film were sky high, fans had been waiting for almost two years to watch the movie and many had subconsciously built their own sub-plots, so some are genuinely disappointed with the second film as they might have been looking forward to an extended face-off between Bhalladeva and Shivudu - the revenge.

In many ways, Baahubali: The Conclusion is a prequel to the first film, but if you watch the film with no preconceived notions, from the animation sequence of the opening credits that is a throwback to the most iconic scenes from the first film, to the dream song sequence where a ship is floating in the air accompanied by horses made of clouds, to the mano-e-mano final hand-to-hand combat - you will be blown away by the Baahubali experience.

Baahubali: The Conclusion is truly the first pan-Indian blockbuster cutting across the language barrier and the north-south divide. The film has shattered Bollywood’s masala entertainer formula and schooled the industry’s most revered names as far as filmmaking is concerned.

Wake up superstars - this is how it’s done. I’m going with 4/5 for Rajamouli’s Baahubali: The Conclusion.

#SS Rajamouli, #Prabhas, #Baahubali: The Conclusion
The views and opinions expressed in this article are those of the authors and do not necessarily reflect the official policy or position of DailyO.in or the India Today Group. The writers are solely responsible for any claims arising out of the contents of this article.