I have known Mahesh Raut since my days at the university and for me, he has always been a source of great strength, learning and encouragement. His calm and gentle presence was grounding to many and resulted in him being hugely popular in college. Most of my memories of Mahesh involve him being surrounded by people – of him strategising over how to postpone an assignment submission, planning a college festival or counselling younger batches of students who were struggling with homesickness, workload or something else.

We used to be friends in college. Perhaps it was less of a friendship and more that I was in awe of him as juniors are usually meant to be of their seniors.

Here I was, coming from my Delhi University bubble into a world full of staunch Ambedkarites, first and second generation learners who had really braved all odds; who shone despite or perhaps because of all the hardships and discrimination they had been through.

Mahesh was one among them. Those were, I remember, days of endless debates and dialogue over steaming cups of late night lemon tea and early morning breakfast near Chembur station. If they round up all the good workers like Mahesh Raut from the ground, who will they have left? Photo: FB/Mahesh Raut

Over time, we both moved into our respective work spheres: Mahesh to the forests of Gadchiroli where he belonged, and I, to the remote villages of Ladakh. As is also usually the case with many post-college, we fell out of touch. On and off, I would hear from common friends, stories of the wonderful work he was doing or of the unfair police detention he went through in 2013 while working with the PMRDF (Prime Minister’s Rural Development Fellowship) and I would feel a moment of nostalgia, concern or pride.

With Mahesh and the four other activists recently caught in between jail-court-custody and everything that they usually mean by “interrogation”, I am left feeling just those emotions — once again.

It sounds like their grounds are flimsy this time around too. Why do they keep harassing community workers like Mahesh who are operating in such difficult terrains, trying to implement schemes and programmes of the state?

If they round up all the good workers from the ground, who will they have left? And how many would be encouraged to work under such circumstances with the poor and the oppressed?

Six years after college, we met quite unexpectedly in Brazil last year at a programme on political education.

There he was every bit as hungry for knowledge and learning as I had known him to be in college. If anything, he was more humble, sincere and compassionate – facets of his character he had developed during his work on the ground among the most marginalised.

I remember seeing him outside of class-time, sitting under trees, sketching or, curled up on his bed, reading or cleaning cutlery in the campus kitchen while singing songs about the liberation of all humankind.

Now, a Times Of India article tells me that the police had intelligence that he had gone to Brazil to mobilise them against the Indian government. Hai re ToI! Hai re Maharashtra Police! With all your resources and contacts, you couldn’t even get your basic research right?

Couldn’t you just have googled ENFF (Florestan Fernandes National School, Brazil) or better still, asked the hundreds of us from different countries and organisations who go their routinely for the programme that happens each year?

Mahesh is fond of sketching. I remember an afternoon we spent painting the Indian flag, another where we were preparing songs on revolutionary Bhagat Singh to perform before other students from across the world, at the programme in Brazil.

I don’t understand how a lover of democracy and of people could suddenly become an anti-national, a threat to the nation. 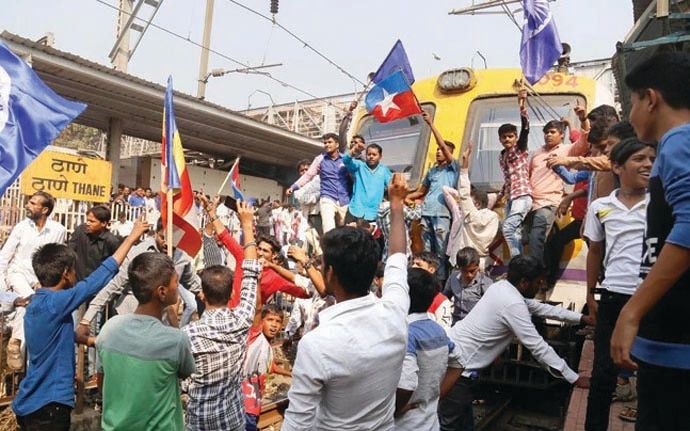 He had come home in December. In fact, he and other friends of mine were busy savouring my mother’s cooking and the Christmas scene of Kolkata in the last week of December when, according to the police and media versions, he should have been busy organising banned organisations to fund the violence at Bhima Koregaon.

Last year, after connecting with him in Brazil, I had visited Gadchiroli to see some of the work he was doing. I saw village after village teeming with a feeling of empowerment, well-being and self-sufficiency. The adivasi villagers had used laws of the land like the Forest Rights Act to secure their land, living and forest rights.

They were using Panchayati Raj institutions like the Gram Sabha and fighting Zila Parishad elections — all completely Constitutional and non-violent methods to challenge the contractors’ lobby, in the sale of forest produce and with a great degree of success.

I thought that this was commendable in a day and age we witness increased centralisation of powers and privatisation of wealth. I brought back those stories of struggle and inspiration to the caste-divided parts of Bihar where I live and work.

While in Gadchiroli, I got to see the Surjagarh Hills in Etapalli Tehsil, considered sacred by the local communities and which the state and corporations are now trying to acquire, in order to set up mines. I also saw paramilitary checkpoints and gun-bearing men of the state in uniform, crowding every village.

I saw JCB machines and shops of automobile parts that had recently come up to facilitate mining in the area. I saw adivasi women sitting in their houses, nervous about going out because of the endless probes, raids and detentions, a prisoner in their own home.

But I also saw the strong resolve of the Gram Sabha members who willed to come together to peacefully think of solutions to their economic exploitation and human rights violations.

Mahesh was highly loved and respected in all these villages and one with the people I visited. They treated him as if he were a member of their own house! Some of them even tried to get me to convince him to get married: they thought he worked too hard and did not take care of his health enough. They hoped that finding a partner would help him feel less lonely, help him balance other aspects of life.

Mahesh bhau, try and get out of prison soon, and do consider getting married. I’m quite looking forward to the celebrations in the forest. I’m told there’s much meat, alcohol and dancing involved!

My respect for Mahesh as a friend and as an experienced saathi in the movement has only grown in all this time. However, this time, there is no feeling of awe.

There is only a growing understanding of and empathy for both his strengths and weaknesses. A deepening solidarity for the people and the causes he stood with.

A rising resolve to keep the struggle going, in these dark times!

Also read: Why the letter about a 'Rajiv Gandhi-type' assassination plot to kill Modi is fake