Call yourself a feminist, not a bitch

Why reclaim the term in an attempt to give it a makeover?

I am not a bitch, but a feminist. So, I do see a problem in someone equating an age-old abuse with sense of power and respect. Shruti Hassan's latest video asking women to reclaim the "bitch" status is more problematic than the dismissal of Donald Trump's sexist remarks as mere locker room talk.

The actor almost makes "bitch" the new cool - an expression for being unforgiving, passionate, driven and standing up for her dreams and beliefs. Not only does Shruti's version of "bitch" know how to say a firm NO, but also manages to do so without being harmed. It is indeed the ideal world we want for our women and the problem is not in the ideology, but the glorification of the sexist banter and the terminology therein.

Hence, the fault in the "bitch" banter is that it does not need reclamation. It needs replacement.

The false sense of power in giving the "bitch" a fresh, modern twist is neither reverse sexism nor empowerment, and most definitely does not challenge patriarchy. It is an affirmation of everything derogatory that has been used to silence and dehumanise women.

Why reclaim the term "bitch" in an attempt to give it a makeover?

A bitch we know of is a female dog. And, just how are we calling our tribe bitches? The term "bitch" was first attached to the Greek Roman Goddess Artemis Diana - the Goddess of the hunt. It was a comparison, a sexist slur to dehumanise women, to replace the power they represent and give them a status secondary to men.

The slander "son of a bitch" was coined later to ridicule those who worshipped her. Between then and now the world has changed but little. If the famous historian Geoffrey Hughes' Encyclopedia of swearing is to be believed, "bitch" meant "your mother was a whore".

The trepidation of female sexuality, the apprehensions about the power of the seductress and the fear of the not-so-demure have been used to subjugate women to slander that equates women to "dogs in heat". 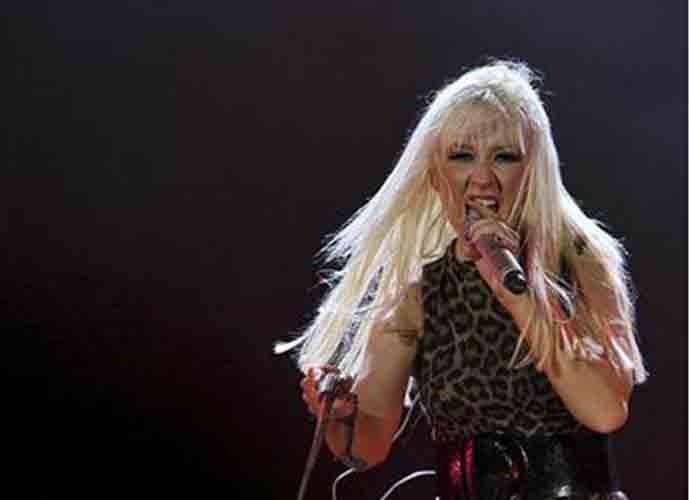 The problem lies with women like Christiana Aguilera who proclaim "some days I'm a super bitch". (Photo credit: Reuters)

Hence, salvaging a term as negative as this is to own every slander ever used for your fellows - and to denigrate them and write them off as sexually immoral and animal-like.

If women take pride in being the "bitch" - a term now used for ambitious women who believe in making choices and earn equal opportunity by fighting for their rights- what should stop men from calling a woman names?

The "bitch" has become a synonym for feminism, and therein lies the problem. It makes a movement for equality seem frivolous.

"You, bitch - you feminist, you!", "Let's bitch", "Bitch Please", "Bitches night out" have become the new cool to address a woman who is fearless and strong. I googled to find out about a few popular bitch phrases and the search threw up more options than the gamut of products on an Amazon sale.

When Kanye West wrote the song "Perfect bitch", he meant a perfect woman, much like his wife Kim Kardarshian. The word is scandalously misogynistic, yet freely used in pop culture.

Surprisingly, there are different types of bitches, if you go by the music that makes chartbusters. My problem is not as much with men composing songs such as "Sexy bitch", "Ain't that bitch", "Crazy bitch" et al. The problem lies with women like Christiana Aguilera who proclaim "some days I'm a super bitch". Does that mean you are animal-like on some days and a woman on others?

So here is a version of "bitch" that must have no place in our vocabulary, because fellow women, it does more harm than you can imagine. And, that's more than enough reason to drop it as a badge of honour.

Here's a laundry list of all the bitches that must go:

1. Basic bitch: The perfect way to insult a woman is to call her ordinary. Someone who is mediocre, normal and boring, but has ambitions.

2. Bad bitch: Used for women who are considered promiscuous, manipulative, gold-diggers and those who take their sexuality a bit more seriously. It's slut-shaming.

3. Unapologetic bitch: Though some will be happy equating it to a woman right out of Madonna's album Rebel Heart who overcomes her heartbreak and moves on without regrets. A bitch, nonetheless.

4. Everybody's bitch: Someone who pleases all and has no opinion of her own. She must submit to the rules.

5. Lazy bitch: Used mostly for women who do not fulfil the obligatory household chores timely. Those that will leave the laundry for another Sunday or those that would rather order in than cook a seven-course meal.

6. Fashionable bitch: A woman who is ridiculed for her choice of clothes, someone who dresses up a notch above - not only does her clothing define her character, but also her bitch status.

7. Such a bitch and what a bitch: Used for someone who is a boyfriend stealer, someone who does not fear her sexual escapades, someone who lusts over married men, breaks houses and is unaware about her being a bitch.

In his Bitch Manifesto, Jo Freeman wrote, "We must be militant, we must be dangerous. We must realise bitch is beautiful..." and called it the march towards feminism. The question here is whether the word "bitch" is really necessary - and if we are camouflaging misogyny and subjugation as friendly banter. Or, are we too afraid to call ourselves feminists?

#Women, #Shruti Hassan, #Bitch, #Feminism
The views and opinions expressed in this article are those of the authors and do not necessarily reflect the official policy or position of DailyO.in or the India Today Group. The writers are solely responsible for any claims arising out of the contents of this article.