What being a German journalist in an Indian newsroom feels like

What are they applauding for?

Before I came to India for the very first time, everybody warned me about the culture shock I was to get. "It's poor", "it's dirty", "it's crowded". "It" being India, it was supposed to be a lot of things we don't have and don't want in Germany.

Well that was ten years ago. I didn't get a culture shock and kept coming back to India almost every two years. This year though is a special journey for me. For the first time, I didn't come back as a tourist. I came as a journalist, to work in the country I fell in love with exactly 10 years ago. And nobody prepared me for this.

Don't get me wrong, I didn't face a catastrophe, but this is not exactly what I expected either. Who am I? I work as a journalist and producer for a German public broadcasting company. Here in India, I got the chance to work with India Today TV, or Headlines Today - as the channel was known to most people. I am a news producer like any other here at India Today TV. But that's where any comparison comes to a screeching halt.

The first thing that was utterly different was the sheer size of the newsroom. Around 150 people work here in an open space. From my first second in the newsroom, the atmosphere reminds me of a busy, buzzing beehive with various levels of energy shifting throughout the day. The work is fast paced, highly-focused and, at times, aggressive. At the peak of their schedules in the afternoon, people would literally start screaming at each other: "Location, location" or "where is the package?", even bordering on the abusive, "why the hell are you so slow?" It intimidated me from the start.

In my newsroom, 15 people work at a time and screaming is as unnecessary as it is unwanted - unless one really messes up, or two airplanes crash into the World Trade Centre. It might not sound like the cliché, but for Germans it's crucial to retain the composure. Germans don't scream. Not even in a newsroom.

The screaming, however, was not the only big difference. The one thing that left me most puzzled was that almost every day, out of the blue, people in the newsroom would stand up and start clapping or cheering; more and more people would join them, so that in about 30 seconds, the whole newsroom would ring with applause. And it would die down as suddenly as it had started. I reckoned it must have to do with a huge success, an important decision by the government, or a good statement by a politician at a news conference. But I never quite figured out what everybody was applauding about. But that's only one of the many mysteries of the newsroom.

Since most of the communication within a team is done via e-mail and WhatsApp (when not screaming at each other), I just caught snippets of conversations. Like the tip of an iceberg poking out from the water surface, it was impossible for me to comprehend the whole situation and process. Also, the language in which everybody communicates with one another, as well as the anchors and reporters on air, seems to be simply more than English.

It rather is a kind of argot or secret code - a wild mixture of Hindi, English and also a lot of "abbr.", sorry, abbreviation and special terms. "GDP", "LoC", "lakh" and "crore" are some of the codes I had to crack before beginning to understand news in India. After some time, I could at least make sense of the written news. And that was the time I totally failed on air. I am not talking about a specific news channel in India - this is mostly true for the entire TV news scene in India. Even though I had followed Indian TV every now and then, I mainly focused on advertising (which I always found amazingly funny) and the movies. But focussing on news now, my brain experienced a new level of sensory overload.

It got bombed with information. Everything was too fast, too much and too loud. One anchor, one reporter, at times three split screens with four different images feeding information, mainly on the same news, but sometimes even reporting entirely different news! To top it all, there would be at least three written inserts, carrying short cues about what the reporter/anchor had actually shouted at me three seconds ago. And there would always be a "breaking news" in red letters flashing on the screen, again, screaming "this is important!" My brain surrendered and went to autopilot, I couldn't listen to people shouting at me while all those different inserts and breaking news demanded my undivided attention as well.

I frantically pressed the mute button on TV and took a deep breath. So much about my first encounter with Indian news. It wasn't a culture shock, it was more a journalistic shock. 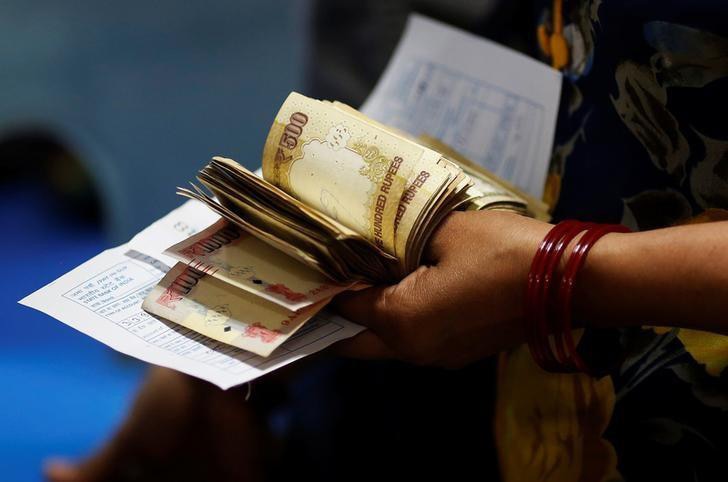 When the Indian government declared 86 per cent of the country's currency would no longer be legal tender overnight, the newsroom lost no time. Credit: Reuters

My German brain is used to one anchor reading the news, and in a split screen you would have a picture or a still supporting the news. The split screen, back home, would switch into moving images, then switch to full-screen reporting of a news piece.

No inserts. No breaking news. Actually, nothing is breaking news, unless it's discussed in different panels and then finally decided by the editor-in-chief - even if it means that thousands of social and digital media websites must show pictures of two planes crashing into the twin towers for hours on end. Too slow? Certainly. But that's how we do news at my office in Germany.

Of course, this also backfires. If we really have a breaking news scenario, it takes at least half a day to book a camera team and even then our anchors or reporters may not be available at such short notice. This was something which really surprised and impressed me about the Indian newsroom.

When the Indian government declared 86 per cent of the country's currency would no longer be legal tender overnight, the newsroom lost no time. It took my colleague ten minutes and three calls to get a cameraperson, the news anchor and locations to shoot for reporting the developments the very next morning. Everybody is available, nobody complains about working the extra hours. It seems that the fast paced atmosphere also comes with enormous passion and, more importantly, the efficiency to respond swiftly to any case or situation - something I would want to take back to my dinosaur of a company in Germany.

Having spent four weeks in the newsroom, I reached the end of my last days here. I came to the conclusion that the work of German and Indian TV journalists is not so different after all. Yes, the presentation on TV is different, as is the atmosphere in the newsroom. But the content and the very soul of our work, as well as the struggle, is basically the same. We live in times when news travels faster than we report it. Facebook, Twitter, and almost every other social media network being a fast source of information makes people believe that everybody knows everything about a situation.

Some news channels always seem to be a step ahead, even relaying rumours and assumptions as information. So who wants to watch news anyway, when it is outdated? This seems to be a question that concerns news all over the world and has all of us in a tight grip, pushing us to be faster, sooner, just better than everybody else.

But we should take a closer look at the motivation. It should not be a race about who is the fastest. There should always be enough time for research, for finding the story in the story, to uncover, to expose, to basically inform people, and not just tell them what is easily said or what they would like to hear.

Asked about the situation of journalists, veteran journalist Vipul Mudgal recently quipped: "News is what someone somewhere wants to suppress, the rest is basically advertising."

To me, this should be the essence of a journalist's job, regardless in which country she belongs to. And it definitely is something we should take the time and stand up for, and applaud. By the way, I asked my colleague what the sudden applause in the newsroom stands for. The answer is beautiful and at the same time confusing as only India can sometimes be: "It's just for fun".

#Indian media, #Journalism
The views and opinions expressed in this article are those of the authors and do not necessarily reflect the official policy or position of DailyO.in or the India Today Group. The writers are solely responsible for any claims arising out of the contents of this article.