The present government at the Centre gives enough opportunities to right-minded adults to raise their voice -  here, "right" means correct. That does not, however, mean that these right-minded adults, pouring micro opinions on social media, are right.

The Information and Broadcasting Ministry, on December 11, issued an order banning the broadcast of condom advertisements on television between 6am and 10pm. The ministry's issue? It's reportedly received multiple complaints regarding these ads' adverse impact on children. Ever since, there's been an outrageous outbreak of sorts on Twitter, with people calling the ministry all synonyms of regressive.

In its advisory, the ministry said, "...all TV channels are hereby advised not to telecast the advertisements of condoms which are for a particular age group and could be indecent/inappropriate for viewing by children." This move was thus taken to “avoid exposure of such material to children” and ensure “strict adherence” to the Cable Television Network Rules. 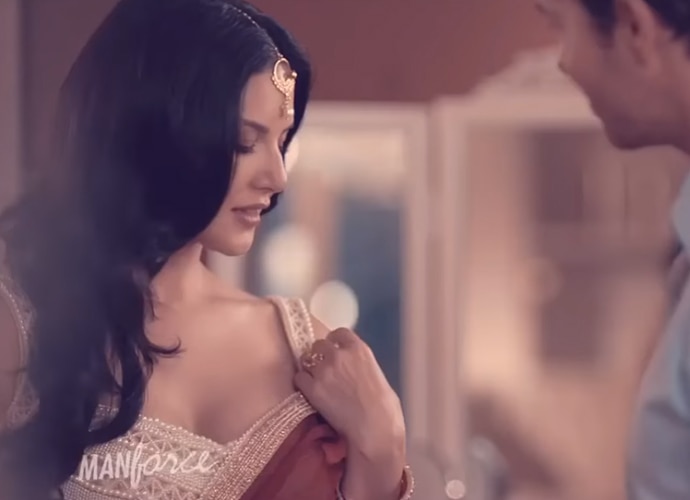 The Advertising Code of the Cable Television Network Rules of 1994 seeks to bar any advertisement "which endangers the safety of children or create in them any interest in unhealthy practices or shows them begging or in an undignified or indecent manner". The code also does not allow "indecent, vulgar, suggestive, repulsive or offensive themes or treatment" of advertisements.

The keywords here - indecent, vulgar, suggestive - basically point to a larger and less-judgemental term, explicit. The only reason these condom ads are doing more harm than good is because they're explicit - as explicit as a Mahesh Bhatt movie that that cannot hit the silver screen without a big, red "A".

In making condom ads explicit, condom makers are taking away from the purpose of airing these ads on television - to let condoms be perceived as instruments of protection during sexual intercourse, a habit most of TV-watching India is yet to adopt.

In 1966, HLL (Hindustan Latex Limited) started to import condoms from US, Japan and Korea, and packaging them in India under the name of Nirodh, only to give away free packs, to be able to control the rapidly growing population. It was not until 1991 that condom advertisements were sexualised - till Pooja Bedi and Marc Robinson were cast for the Kama Sutra advertisement - made suggestive and eventually explicit.

Back then, this ad became a huge hit with people who understood and aimed for the impact of an advertisement. Protection during sexual intercourse, however, still remained a hush-hush conversation, as the Kama Sutra and many other subsequent ads faced ban threats from broadcasting authorities.

The issue, even in 2017, remains the same - we're making brilliant, sexualised, hot, sultry, high-definition ads and glamourising sex, while ignoring the grave necessity of normalising condoms in India, despite it being world's second most-populous country. Condoms are not just for hot and steamy sex, where two perfect (by cultural standards) looking bodies come together and get all hot and heavy. Sex happens every day under every other roof. And that sex needs to be protected, simply because the failure of doing so can lead to the spreading of a fatal disease; family planning makes for another very solid reason.

So, if condom ads continue to direct the viewer towards anything and everything but health, the I&B ministry wouldn't be entirely misplaced in having stipulations on their broadcast. Selling condoms without sexually explicit frills might put the viewer as well as the I&B Ministry in better stead.

Come to think of it, why must we expose kids to people making out passionately on television when we still lack proper sex education classes in schools, and parents still don't understand how to sensitise their children about the same?

#Sex Education, #Safe sex, #I&B ministry, #Condom ads
The views and opinions expressed in this article are those of the authors and do not necessarily reflect the official policy or position of DailyO.in or the India Today Group. The writers are solely responsible for any claims arising out of the contents of this article.