O Corona, when will we travel again?

As we sit in our homes, staring up at the sky for the sound of an aeroplane, there's only uncertainty ahead. You don't want your last trip to become your last.

It was a bleak October in 2016. I was in the middle of a bad phase, and recovering from it needed something more than the usual home-office-home routine. I was trying to plan a foreign trip: my first, alone, and beyond the subcontinent. Of course, there was always Bollywood at the back of the head, which has taught us to take flights to Corsica or the Caribbean at the blink of an eye to get over bad phases. Main daudna chahta hoon, uddna chahta hoon, bas rukna nahi chahta and all that jazz. But the daudna needs physical fitness; and the uddna, money.

We middle-class, middle-management folks have our salary slips to direct the course of our travels. But this middle class also has a unique problem. We are pushed to dream. We are taught to travel. And every time a trip ends, we are encouraged to keep only one thing on our mind: when will we travel again? That question has never cut this close to the bone as now, when the coronavirus decides the course of our existence.

As we sit in our homes, staring up at the sky for the sound of an aeroplane, there's only uncertainty ahead. You don't want your last trip to become your last. There's so much of the world to see. That is both an assurance and an apprehension. When will we travel again?

When travelling is part of your being; so much that you plan your life, your entire year around your trips, this uncertainty is not easy to deal with. Not when travelling is the only therapy that works for you. Not when you have grown up looking forward to only travelling. Paris: Locked in our homes, we dream of open skies and wind in our hair. (Photo: Ananya Bhattacharya)

In my travel-hungry home, year after year, my father forked out a huge chunk of his barely-there salary and handed it over to my mother to earmark it as 'travel fund'. Even if it meant no new clothes for them during any Durga Puja or Poila Boishakh. We travelled. With a metal chain fastening the VIP to the lower berth of a Sleeper compartment and the 'camera bag' secure next to my mother's head, we travelled across India.

My parents would begin the preparations a few weeks in advance. The first step, getting the 'guards' in place. Grandparents would be summoned from Siliguri to spend those weeks at our home. There are thieves in small towns. No one knew what gated societies were, and CCTVs are still a concept more alien than UFOs. The next step was getting the luggage in place. The suitcases and bags would be pulled down from almirah-tops and put out in the sun. This natural disinfection done, the packing would begin.

In the evenings in between, my father would sit with the world Atlas, and turn to a zoomed-in map of India, the state we were travelling to. Ma would get her Bhraman Guide and note down the places of interest in her diary. This diary was our companion on all trips. On some journeys, the 'Guide' book accompanied us too.

From about two days before the trip, Ma would lock herself up in the kitchen. Food, mostly luchi and a dry torkari, would be packed in steel tiffin boxes. Disposable plates and spoons were very rarely used. They cost money.

My father had his own list to memorise: Don't go too far from the train to fill the water bottle. Hold on to the Milton bottle when you're filling water. Don't take any of the kids along when you get off the train. Don't discuss your camera with strangers on the train.

These train journeys became a part of growing up. And soon, I grew up. 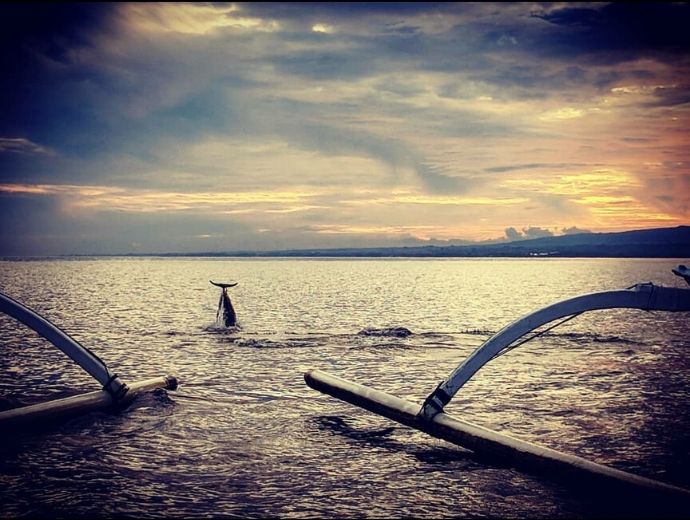 I left home on a July evening, on board the Brahmaputra Mail, parents in tow, with my 17-year life packed in in two bags. All of us knew at that moment that it was the last time I was leaving 'home'. That thereafter, home would become just something to talk about and draw strength from in by-the-way conversations in a strange big city.

The day my parents left me in Delhi and took the North-East Express back to Cooch Behar, they asked me to grow up to be able to see the world. To them, seeing the world was always more important than buying a house or a car, the two pillars of middle-class life in India. Travelling was a part of us.

In October 2016, I finally planned on seeing the world. My parents had done their bit of showing us Nepal, Bhutan and Bangladesh. In Nepal, they even got us our first flight rides. But this 2016 trip was to be the first, with-passport foreign trip: to Uzbekistan. Many people asked me where was this country. But when you've grown up listening to "But where is Cooch Behar?" from even residents of your own home state, Uzbekistan is a difficult country to place on the map. This trip happened. And it changed me once again, forever. The years in between, that I spent spending on pointless trips from Noida to Delhi in Ubers just because I could afford it, suddenly seemed such a waste.

In the three years since then, I have always looked forward to a trip. I keep money aside every year: that 'travel fund', having found its way from my parents to me like several other traits. Travel, we were always told, is an investment. It is far richer an investment than the 3BHK home in suburban Delhi or the 7-seater SUV you can glide down the Expressway in. Travelling is for your entire existence. I plan a trip meticulously. The old-fashioned way. Pulling out maps, noting down the places to visit, zeroing in on the hotels or BnBs after poring through pages after pages of reviews. This preparation, much like childhood, begins several weeks in advance. The Sleeper berths have been replaced by an Economy air ticket. There is no luchi-torkari to be had on flights. The steel tiffin boxes have made way for fancy disposable fare the airplane food is served in. The Bhraman Guide is now a Lonely Planet. The VIP suitcases are called 'trolleys', and have wheels that revolve 360 degrees and follow you along. The grandparents are gone. There are no railway stations to fill that Milton water bottle at.

But from the moment the flight takes off, it's back to that one thought: when will I travel again?

#Indian Railways, #Travelling, #Covid-19, #Coronaviruspandemic
The views and opinions expressed in this article are those of the authors and do not necessarily reflect the official policy or position of DailyO.in or the India Today Group. The writers are solely responsible for any claims arising out of the contents of this article.