Such judicial decisions will prove to be a catalyst in their movement of unleashing wrath over certain sections of our country.

"Declare cow to be the national animal of the country" — a panacea for all the miseries the country is facing, as provided by Justice Mahesh Chandra Sharma of Rajasthan High Court in the case Jago Janta Society v State of Rajasthan & Ors dated May 31, 2017. Justice B Siva Sankara Rao of Andhra Pradesh High Court was not too far. He propounded his co(w)nstitutional theory, calling the bovine the "sacred national wealth" and "a substitute to mother, who is a substitute to God" in Ramavath Hanuma v State of Telangana dated March 1, 2017.

The invaluable contribution of the judgements, in the form of the wealth of preposterous ideas they have highlighted, will haunt our legal system for the times to come. The decision in the Jago Janta Society case, has taken the entire nation by surprise - be it practitioners of law or medicine, economists, agriculturists, scientists, et al.

No medical practitioner would have known that they just had to administer cow dung to the patients to eradicate cholera; or cow urine to cure all heart-related problems, urinary problems, skin diseases, to normalise the blood flow in the body, to improve memory, eyesight, what have you.

No scientist would have ever known that we did not need more plants, but more cows to increase the oxygen level in the atmosphere as the cow is the only animal which exhales oxygen.

No economist would have known that they were merely required to provide a cow to every family to improve the economic situation of the county, nor would have the environmentalists known that they merely needed to spread cow dung over the garbage to make the cities clean.

Justice Rao has provided a simple explanation for our ignorance in Ramavath Hanuma, by asserting that "this knowledge is highly esoteric and confidential and incomprehensible to those outside the purview of the Vedic culture. It can only be known by that segment of society that is spiritually developed enough to completely abstain from all animal killing and flesh eating while understanding that the soul is eternal and exists in all living beings".

The central observations of both the decisions begin by providing religious sanctions to the conclusions. They mince no words in grounding the edifice of the propositions in the mythological and religious Hindu texts.

There is a discussion, at length, of the origin of cow on the earth and the religious importance of cows as per the Vedas, Puranas and Dharmashashtras.

This is the evidence of the corrupt intellectual quest of the learned judges, who offer unbridled allegiance to their religion, rather than to the constitutional philosophy.

There is no attempt to find the truth behind the myths through reasoning or evidence.

On the contrary, there is an attempt to justify these religiously sanctioned myths by an unmindful citing of scientific evidence and research of various "well-known" scientists for arriving at this conclusion. 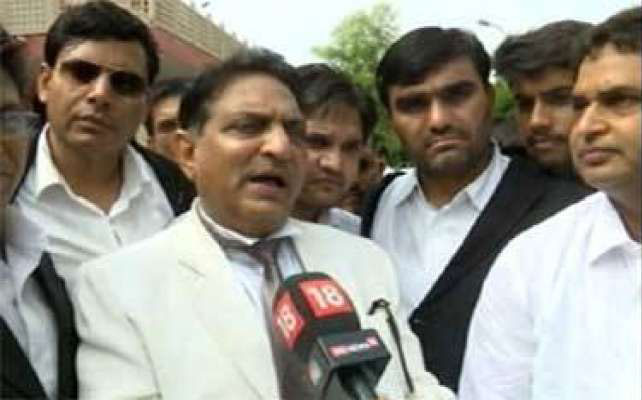 I would blame it on my poor research skills and spiritual infancy that I was unable to lay my hands on these "famous" works despite an internet search. What is even more amusing is to see the co(w)nstitutional lenses which have coloured these marvels. The legal basis for the declaration in the Jago Janta Society case is found in Articles 48 and 51A(g) of the Indian Constitution.

Article 48 obliges the state to endeavour to take steps to prohibit the slaughter of cows, calves and other milch and draught cattle; and Article 51A (g), surprisingly, only provides it as a fundamental duty of the citizens to have compassion for living creatures.

The learned judge has exercised his imaginative interpretative skills to find legal justification for the religious myths through a creative reading of the articles. It was, however, considered unimportant and a waste of time to discuss the creative line of thought in reaching this novel conclusion.

The theory provided in these judgements, which is devoid of any basis in law or science, is an attempt towards providing legitimacy to the saffron agenda of the ruling party and to further the cause of their already deepening cow politics.

The philosophy of the saffron party behind producing this clan of gau rakshaks is quite evident from the recent incidents of violence against Muslim and Dalit families in various parts of the country.

Tracing the origin of the cow vigilantism, Babasaheb Ambedkar in The Untouchables: Who Were They And Why They Became Untouchables mentioned that "the clue to the worship of the cow is to be found in the struggle between Buddhism and Brahmanism and the means adopted by Brahmanism to establish its supremacy over Buddhism", and further contends that "the co-relation between untouchability and the use of the dead cow is so great and so close that the thesis that it is the root of untouchability seems to be incontrovertible".

Wendy Doniger asserts in her book The Hindus - An Alternative History that "the cow is a central issue for the Hindutva faction who have attempted to use the alleged sanctity of the cow to disenfranchise Muslims" and one of the objects of the cow protection movement was to force Muslims to leave India.

The ruling party has already used the executive and legislative tools to give effect to their underlying ideologies as discussed by Ambedkar and Doniger, and such judicial decisions will prove to be a catalyst in their movement of unleashing wrath over certain sections of our country.

India, today, is in need of an independent judiciary which gives precedence to and upholds constitutional philosophies and rule of law, instead of those who attempt to malign the Constitution by colouring it with their political and religious biases.

Also read: Cow politics is going to the dogs in Bengal

#Cow protection, #Constitution
The views and opinions expressed in this article are those of the authors and do not necessarily reflect the official policy or position of DailyO.in or the India Today Group. The writers are solely responsible for any claims arising out of the contents of this article.