Mumbai Bridge Collapse: How Maximum City is crumbling under the pressure of its own people

There is something romantic about Bombay very late in the night.

I remember the days when I was working with The Times of India in their Mumbai headquarters v situated right opposite the Victoria Terminus station, or VT as we lovingly called it, officially known as Chhatrapati Shivaji Maharaj Terminus (CSMT, or simply CST).

I would always choose the late-night shifts because I could soak in the sights and sounds of the city after midnight.

Generally, during the closing hours of the shift, after informing my family that I was okay and had eaten dinner at the canteen, I would take a short walk around VT before boarding a local train to Bandra.

At midnight, as the daily madness slowed down, Bombay seemed like a different city.

Scores and scores of hungry and exhausted souls headed for VT station. The empty local trains seemed to be waiting for their commuters — and yet, the empty streets stood out to remind you that most had already gone home. 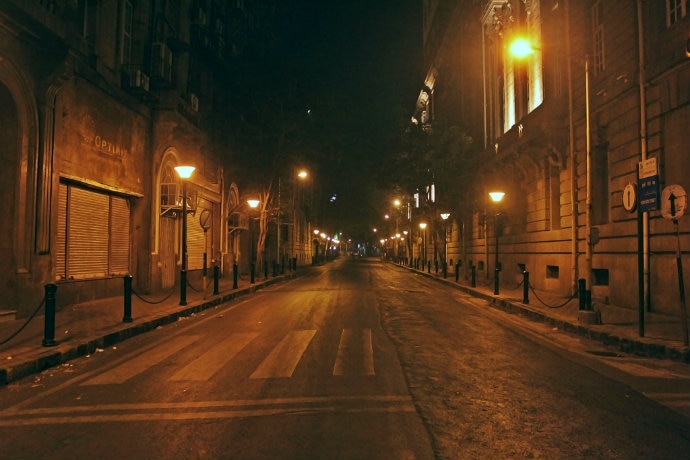 There is something romantic about Bombay very late in the night. (Source: YouTube screengrab)

The Mumbai of DN Nagar Road — the road that separated The Times Of India Building and the VT station — somehow reminded me of Kolkata's Prafulla Sarkar Street, where, in the middle of a late-night shift on the newspaper desk of The Telegraph, I would come down to pack some piping hot Dim Tadka for myself and my seniors. I was the youngest member of the team and I would often volunteer to fetch dinner for the team if they were bogged down with work.

They are very similar — and yet, they had their uniqueness.

Kolkata is nothing compared to the rush hour in Maximum City. The romantic post-midnight Bombay morphs into something starkly different during the day. This is when Bombay turns into Mumbai.

This 9 am Mumbai has no semblance with midnight Bombay. This 9 am Mumbai is the searing reality of a city being trampled under the weight of its own people whom it is struggling to carry. 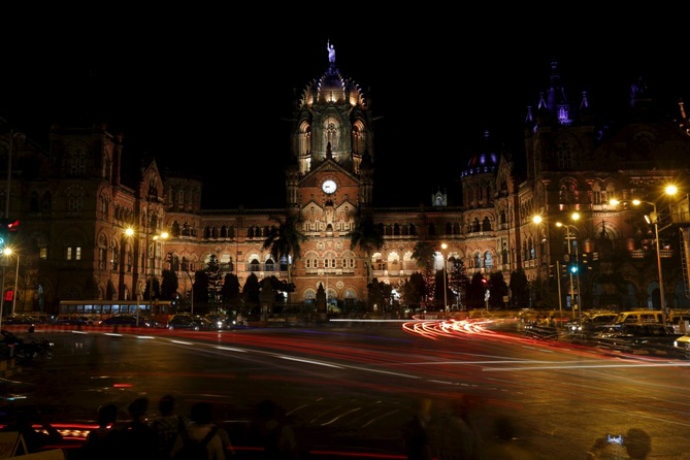 The romantic post-midnight Bombay morphs into something starkly different during the day. (Source: Reuters)

They say, getting into a Mumbai local in peak office hours is very tough but once you are in, getting off is pretty easy — you don't have to do anything, the crowd behind will push you out of the train, and then out of the station!

That is not an urban legend — those who travel during peak hours in Mumbai local trains, know that as the gospel truth.

Imagine, you are caught in a situation where you cannot move an inch. You cannot even move your feet. There are people sticking to your skin because they are tightly packed in with you. Even when you are walking, people are sticking to you because there's just no space.

Mumbai truly is bogged down under the weight of so many people literally walking on it.

Any closure of foot over bridges in busy stations adds to the already existing chaos — the population explosion at the train stations during office hours is not only reaching unmanageable levels, it is also causing the infrastructure to give way. Mumbai is a city literally being trampled under the weight of its own people. (Source: Reuters)

Things have come to such a head in Mumbai that we had to call the Indian army to build foot over bridges because the lives of millions of commuters were at acute risk.

It is time that the Brihan Mumbai Corporation (BMC) understands this exact problem. These are desperate times, we need a special team for the upkeep and construction of infrastructure at the busy railway stations in Mumbai. We need a task-team — whose only job will be to maintain the ancillary railway infrastructure that is used by hoards of commuters every day. This special task force should be huge and should have exact responsibilities.

The task force should have experienced experts from reputed research institutes and they should follow a laid-down checklist while declaring which structure needs immediate repair or which one is safe. We need to move fast to prevent any more damage.

Detractors may point out that such teams are already there with the railways and the BMC. But we all know the reality, hence I wouldn't want to go into it.

The foot-over bridge collapse at CST should be our last wake-up call.