America is not headed for tyranny, but if it ever were to happen, this is how it would unfold.

These days, when considering American politics, I often find myself returning to a scene from the play, A Man for All Seasons. The play is a dramatisation of the life of Sir Thomas More. The archbishop of Canterbury in the early 16th century, he refused to disavow the Catholic church and sign an oath of allegiance to King Henry VIII and the newly formed Church of England. Because of that, he was executed.

As a child, I found myself deeply moved by his devotion to truth and integrity. I cheated habitually on high school tests, often using a photocopier to shrink my notes to a smaller size, which I then hid within books. I felt a sense of shame in it. I still do. Growing up, I kept a postcard with Hans Holbein's famous portrait of More over the desk through college. As I got older and sometimes found myself cheating in my personal life, his dedication to honesty seemed even more admirable.

Getting older also means recognising that life is complex. People contain multitudes. More had some virtuous qualities, but he also spitefully put people to death for the great crime of entering England with the Bible in English. My faith in him never recovered from Christopher Hitchens' brutal takedown of More. After learning of these dark deeds, I took down the postcard and sent it as a letter to a friend. That said, I still frequently find myself thinking of a monologue from A Man for All Seasons. 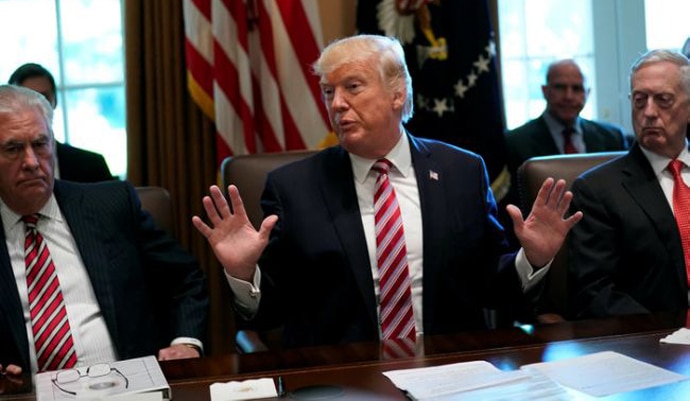 In the play, Thomas Cromwell, an aide to the king, relies on Richard Rich, an ambitious friend of More, to ensnare More and find damaging information that can be used to remove him. More and his entire family see the plot unfolding, and they know Rich will lie if he needs to. More's future son-in-law pleads with him to throw Rich in jail since he is clearly willing to lie to do More in. More responds that Rich has broken now law, adding that "and go he should if he were the Devil himself until he broke the law".

Roper finds that argument absurd, adding he would never give the Devil the benefit of the law. More responds with a monologue, I think of to this day, a version of which you can see in the 1966 movie of the play that won Best Picture. I watched it the night before my SATs where, hiding a dictionary in the hallway, I also cheated on that too.

More replies: "What would you do? Cut a great road through the law to get after the Devil? ...and when the last law was down, and the Devil turned round on you - where would you hide, Roper, the laws all being flat?... Yes, I give the Devil benefit of law, for my own safety's sake."

The point here is, as always, that laws and boundaries are there to protect us. Even though they sometimes might hinder what seems to be the most just outcome of a situation, regulations prevent us from a much greater evil that can occur when there are no safeguards at all.

Simply put, disregarding all rules for the sake of justice is a step, not on the road to righteousness, but to tyranny.

I found myself thinking of this lesson often in 2017 and the ways in which both the right and the left in America sometimes ignore it. On the liberal side, I have a deep scepticism of curtailing free speech for the sake of a greater good and social justice. While as a Jewish person I harbour no sympathy towards the alt-right and racist political views, it also seems to me that it is a bad precedent to judge any, but the most disreputable views as beyond the pale. Firstly, I don't feel comfortable with someone else deciding what is considered acceptable for me to read or hear.

More importantly, there is a long history of restrictions on free speech being used against liberal causes. Indeed, the canonical American case about free speech, the one that gave us the phrase "you can't yell fire in a crowded theater", involved the government prosecuting Socialists who were protesting the First World War. The socialists were convicted, yet I think hindsight has proven their opposition to the war as just. What seems good to us at one moment might age poorly, and for that reason, we should safeguard free speech as a good in and of itself.

That said, I don't doubt the sincerity of campus protestors. Their motivation is in the right place: trying to create a climate that is respectful of all races, cultures, and orientations. I can't say the same for the motivation of Republican politicians who have ignored all common sense and decency in supporting a president with 19 credible accusations of sexual misconduct against him and a senatorial candidate with credible accusations of paedophilia against him. In their zeal for raw power, they have tossed aside decency, so that an adult molesting a 14-year-old is no longer an automatic disqualifier.

Perhaps even more disquietingly, even though it is clear that the president, his children and leading members of his administration have continually lied about the frequency and content of their contacts with Russia, there is far more concern coming from Republicans about the Mueller investigation than about Trump's potential misdeeds.

Already, Fox News and congressional Republicans are calling the Mueller probe biased and incapable of passing fair judgement, even though Mueller himself is a lifelong Republican.

I sadly expect politicians to look past the sexual misdeeds of the people in their own party. I never thought, however, I would see politicians ignoring potential treason, and this terrifies me. I don't think America is close to becoming a totalitarian state yet. But if it ever were to happen, this is how it would unfold. 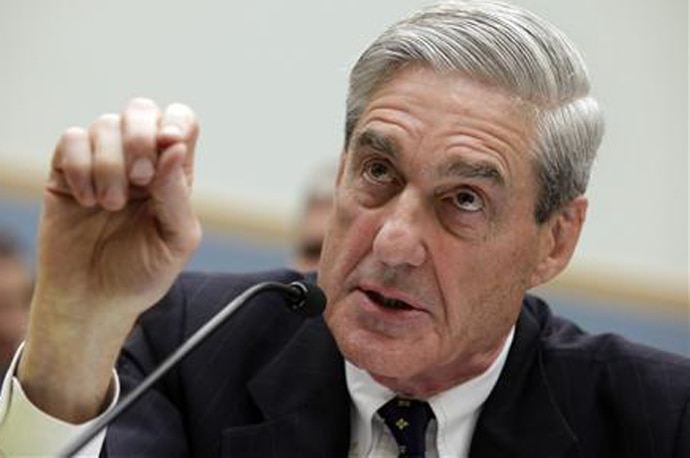 Instead of caring about potential criminality, the zeal for power has overtaken politicians. It brings to mind the biblical saying, "For what will it profit a man if he gains the whole world and forfeits his soul?"

I generally try to see both sides in an issue, and when I come to conclusion that one group is far more guilty of egregious wrongs, I question my judgement. That said, it seems like America is stuck with a two party system where only one party is bothered by the illegal foreign interference in elections.

My opinion isn't formed by living in a bubble. I watch Fox News and listen to Rush Limbaugh more than most of any of my friends. Yet even after getting opposing viewpoints, it seems quite obvious that Trump is a man who feels far more sympathy for tyrants than democracy, a person with no respect for the law. He doesn't even hide it. The issue isn't that the emperor has no clothes. Instead, with his daily tweeting and general rancour, the problem is the naked emperor is rubbing his dick into our morning cereal every day.

And so, I keep wondering if soon the devil will turn around and envelop us all. If some Republicans have their way and manage to neuter the Department of Justice and the FBI, what happens when Trump turns around on them?

What happens when he turns around on democracy?

Also read: [Watch] A song for another day, another male harasser outed

Post your comment
#Republicans, #Robert Mueller, #Donald Trump, #US
The views and opinions expressed in this article are those of the authors and do not necessarily reflect the official policy or position of DailyO.in or the India Today Group. The writers are solely responsible for any claims arising out of the contents of this article.