Now that everyone is in election mode, an important question needs to be asked. What are the major achievements of the Modi government? Let us begin with the state of the economy. India is a poor country. How has the economy fared in earlier years? Rural poverty under 2,400 calories per person in 1973-1974 was 72 per cent below the poverty line. By 2009-2010, this figure increased to 90.5 per cent below the poverty line.

Even anti-poverty schemes for the rural poor like MGNREGA have increasingly diminished. Recent surveys show that the financial outlay for the rural poor has shrunk. As of now, as many as 28 states and union territories out of a total 36 will only give MGNREGA support below minimum wages. Since these wages are given for 400 days per family, with say four working members per family, including teenagers, each family member will get only 100 days' wages at less than the official minimum wages. 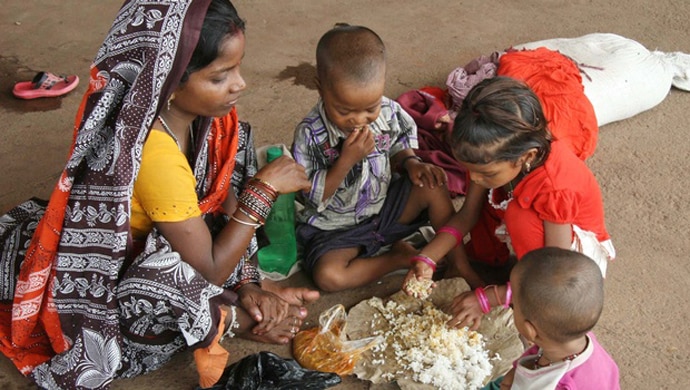 Even if there are only three workers, they would get paid for less than 135 working days. This is a pittance and will lead to more malnutrition and poverty. The consumer price index which was 3.9 per cent in March 2017, has increased to 4.3 per cent in March 2018. The rise in the CPI for agricultural labourers is now 4.2 per cent. In the rural sector, inflation is as high as 4.0 per cent in March 2018. Rural and urban inflation generally rises, and very rarely falls. Even as inflation rises and falls, it hurts rural consumption more because wages are not driven by inflationary pressures. Even in poor urban families, incomes do not keep up with urban consumption. For example, urban inflation in March 2018 increased by 4 per cent. This is lower than the annual increase in urban wages.

In 2013, Nobel laureate Amartya Sen and noted economist Jean Dreze, using the purchasing power parity (PPP) method, came to the conclusion that poverty in India was 68.7 per cent. That's more than two-thirds of the entire Indian population.

These are all readily available statistics. But Modi and other politicians do not talk about these grim trends and statistics which increase poverty, joblessness and sickness among the rural and urban poor. Modi has claimed that he will increase jobs massively. Some pro-Modi channels have claimed an increase of 3.50 crore jobs. But serious economists don’t take these numbers seriously. The Centre for Monitoring the Indian Economy (CMIE) has estimated an employment growth of only 1.43 million, far below the Niti Aayog expectations.

But since the poor comprises the biggest vote bank, why are they relatively marginalised? Because they are not organised. But, at least, the secular parties should speak up for the urban and rural poor.

Politicians  have forgotten Mahatma Gandhi, who spoke of "wiping every tear from every eye". But Gandhi is now hardly remembered, though acknowledged when his birthday comes around every year. Today's politicians are more thick-skinned. Otherwise, why aren’t they serious? Where are the speeches backed by statistics on how to remove poverty, unemployment, health issues, strengthening the schooling and higher education systems and the like?

The poor are a vote bank, forgotten after elections, and exploited thereafter.

Also read: 10 things I learnt on the campaign trail in Karnataka