During a recent visit to one of the elite hospitals in the national capital region (NCR), I had a fierce argument with the staff. With running temperature, constant coughing, low blood pressure and a rare viral skin infection, this was the last thing I wanted to do. I had an appointment. When I started making the payment, to my surprise my name was mentioned incorrectly. The first name being correct but the last name being tampered with. My partner's last name was written as my second name without my permission. It made me feel furious and helpless at the same time. Furious because my name was written in a way I did not want it to be and helpless because I had to prove what my name is. As a feminist, I have often been asked to respect the choices of women who make different choices than me but this situation irked me like never before, simply because sweeping assumptions were made for my name without even checking my official record for the original name. 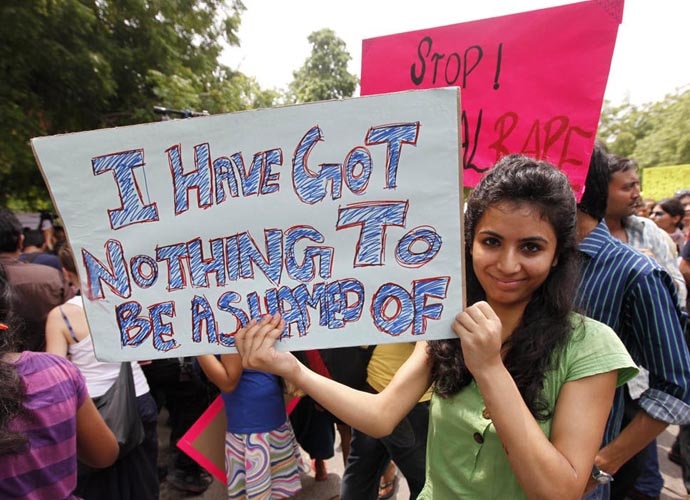 I took out my Aadhaar card, PAN card, Voter ID card and possibly all the identity proofs I had to prove what my name is. To my surprise, no apology came and the kind of confused look the staff offered me made me feel as if my demand is unrealistic. I was burning with fury inside yet I chose to calm down. That is what age and experience have taught me living in this degraded patriarchal set-up; find pragmatic solutions more in situations when feminism is "Greek" to people. I had to patiently explain to the hospital administration that why my name cannot be tampered with without my permission and why it should offend me. Even the salutation you use (Ms/Mrs/Dr) should have my consent.

This is not the first time it happened. There was another incidence when during a vacation, the tour manager assumed my name to be used in a certain way and I had to again show him my bunch of ID proofs to prove what my name is. He went a step further in assuming that the trip in the lavish resort has been gifted to me by my partner. Understood, that is how it happens in a customary fashion but if I choose to live a life which is more gender neutral, a careless remark hurts and reduces my identity to a possession always to be in someone else's guard. After a brief argument on why sweeping assumptions are wrong, he agreed.

In a friendly banter during lunch, my male colleagues without fail would ask me, "So did you cook the lunch?" After answering a couple of times that I have outsourced cooking to my domestic help, the question was repeated several times. I answered, "We follow the same office timings Mr Y and you know how hard it is to find time for cooking. You are really lucky to have a spouse who could do this for you. My spouse also works.

So, we occasionally cook together during weekends." He did not ask the question again and would make his grey cells exercise enough before initiating any conversations. Much to my relief, most of them limited to work only.

Unwilling for direct confrontations, I heard people whispering behind my back, "Leave it. Angry young feminist. No point arguing." Unfortunate that we widely celebrated highly patriarchal "angry young man" on the screen, we can't tolerate "angry young feminist" for the logical arguments she makes. She has to be ultra-polite if she decides to give an opinion contrary to popular culture.

All the three incidences made me feel handicapped and helpless. It made me realise I am being perceived as an infantile creature needing external supervision, despite having proved my financial and intellectual mettle on several occasions in day-to-day life. What appals to me is why do I need to argue with these seemingly educated people on something logical? Is it a lack of awareness about the heterogeneity of choices 21st century women are making? Why is cultural code of conduct not moving according to the pace women are climbing up the ladders in personal and professional space? It is a clear machination of custodians of patriarchy. Unfortunately, the believers are both men and women. What is unfortunate is the stereotyped gender norms around which the traditions are designed and the way naysayers are indirectly pressurised to succumb. So even if the law of my country has provisions for women to make their own choices; choosing not to take up my partner's surname and having all my documents with my name the way I want it to be, patriarchal practices discourage the building of a conducive atmosphere to practice these choices. When I was going to register my marriage, I was also preparing myself on the way to explain it to elderly people in the family and officials in the registrar office that my name can't be tampered with. Fortunately, they behaved much better than I expected and asked me questions in a very objective way.

As a woman making a choice which majority of women do not, the situation was stressful for me. Even though, my partner was concerned, he did not undergo the same level of stress I underwent. This is the dent patriarchy puts in otherwise equal relationships and makes it unequal.

While many argue that customs like taking surname of husband's family or wife moving to husband's family after marriage is a normal tradition which keeps society in order, I strongly disagree. Had it been primarily about keeping the order, why is the custom gender specific? To clarify the point, an Indian female acquaintance of mine married a German man and he took her Indian surname. If it is about order and if a couple believes in maintaining the social order, there should be a provision where a couple gets a choice to select the surname. It should be gender agnostic.

Increasing education levels and formal recognition of women's rights are expected to hit patriarchal customs yet they are failing at some level. The social conditioning and customary laws often pull the cause of gender equality backwards. As a result of which women making leaps in their professional and personal lives are not able to reap the benefits of their own achievements completely.

Patriarchy ensures that stereotyped gender equations remain in popular culture. It slows down the speed of women and men who believe otherwise. It is assumed that women take husband's surname, get certified in cooking perfectly round chapatis even after working 10-12 hours a day outside home, becomes the custodian of husband's family traditions or free-ride on husband's financial resources despite making money of their own. Patriarchy makes it all sound absolutely normal, feminism does not. The popular culture shaped by patriarchy needs to be challenged by like-minded men and women on everyday basis. Even if the change is slow, our future generations will thank us for bringing the change.

#Gender roles, #Gender Neutrality, #Women's right, #Feminism
The views and opinions expressed in this article are those of the authors and do not necessarily reflect the official policy or position of DailyO.in or the India Today Group. The writers are solely responsible for any claims arising out of the contents of this article.

Priya Tripathi identifies herself as feminist, blogger and a long distance runner. Professionally, she is working as Climate Change and Sustainability Consultant for half a decade.