Why you'll always grieve for the ones you lost

The loss reminds us of love. That we loved, and that we were loved.

Grief is that which makes you feel like a giant void has been created inside of you. In its most awful form, it's that feeling of having your most vital organs ripped out, and being commanded to live nonetheless.

Various "manuals" of grief will tell you more about how to feel when you're grieving, including the famous five steps that you'll go through, and also how long grief should last.

I lost my grandmother in June and some people have wondered openly how it's still affecting me, three months later. I'm not offended, but it did surprise me enough to think about it. And so I began thinking about the expiration of grief.

The answer lies in understanding the difference between the end of our grief within, and end of grief as it appears to those around us. When thinking about presenting grief to others, I think of tears and rage. This is limited to the immediate aftermath of the loss.

As time passes, irrespective of whether we heal internally or not, the expectation is that the tears and rage transform into smiles and acceptance, supported by cliches on how life moves on. It's almost as if, with time, we console others about how "fine" we are in the face of loss, and that they need not dig deep to find that right thing to say which will make us feel better.

I think this is because we all implicitly understand how uncomfortable people can feel in the face of someone else's loss. This is not a good or bad thing, it just is.

While this discomfort is human and true, what is equally true is that it is compounded by a cultural dictation of quotas. People have quotas of how much of our grief they can and want to and should take. The "can" and "want" are prescribed by our personal relations and unique personalities. 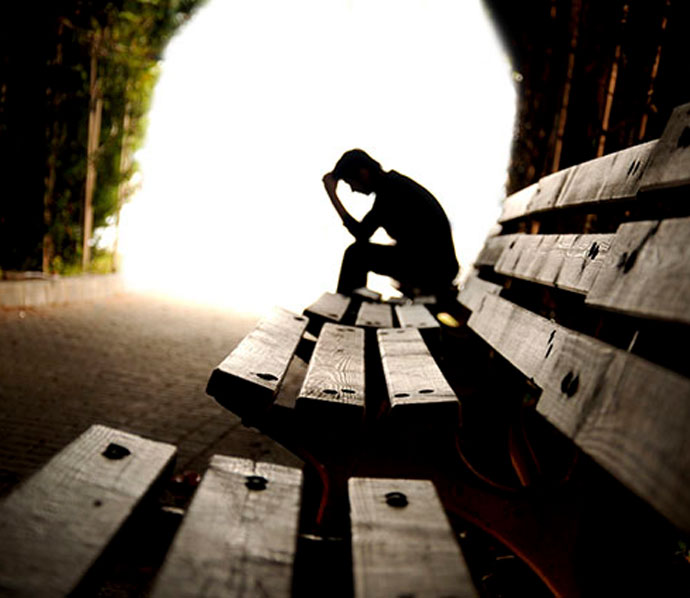 As time passes, irrespective of whether we heal internally or not, the expectation is that the tears and rage transform into smiles and acceptance.

But the "should" is culturally granted by an unsaid hierarchy of losses. We learn in society what is a big loss, a small loss, and how to respond to different losses.

For instance, parental death warrants more grief, and therefore more support, than grandparental death. And nothing is worse than your child's death. Similarly, loss of marriage allows for more grief and subsequent condolences than, say, losing a job.

People keep these in mind when deciding how to console and for how long. Beyond that, they wonder, they question sanity, therapists are sought and so on. And I get that. I do. As people we like to be happy, and if something or someone is not being able to achieve that or is dampening our own, we try to correct that.

I get it. But personal grief doesn't follow these cultural norms. It just goes on and on, till time repairs it or memory obscures it. It's indefinite. For those viewing someone else's grief, it passes and people heal, but from the inside, it just changes from open declaration to silent acceptance. It doesn't end, it just morphs into something more comfortable for others to witness.

How can grief end? When we're grieving an irreparable loss, we're faced with finality. Ironic as this may sound, finality doesn't end. Loss is always final, endless.

I realised today that this endlessness, this feeling of never again, makes me entirely helpless. I'm powerless. This feeling flows from me to the one who's trying to console me, creating in them the same powerlessness.

So I keep it within (and then find myself writing about it, so not doing a very good job of keeping it within). I grieve in my dreams. I grieve in my memories. But it's not always so dramatic. I grieve while driving too. Or while writing.

It just manifests in all these private spaces, that's all. I think a part of us doesn't want the grief to go away. Because that might delegtimise, within our own heart, how very important that loss was.

The loss reminds us of love. That we loved, and that we were loved.

So I know that when you're grieving, like me, you too would like to know when the persistent vacuuming of your insides will end. But we're grieving finality, and we're grieving the loss of love.

And I think that it doesn't really end. We'll always grieve, but maybe we'll grieve a little less each day, till the grief itself becomes a painless memory, which we can hold on to forever.

#Death, #Depression
The views and opinions expressed in this article are those of the authors and do not necessarily reflect the official policy or position of DailyO.in or the India Today Group. The writers are solely responsible for any claims arising out of the contents of this article.

Editor at The Shrinking Couch, PhD Scholar at IIT Delhi.