I'm a doctor. And I'm worried other doctors' dislike for Muslims may even overrule the Hippocratic Oath

Medical practitioners - especially in India - have an urgent responsibility to rise above their biases and provide a more inclusive health care experience.

“These people are like this only. They breed without any control and then come to us”

This was just another regular conversation between fellow doctors during lunch, and the people they were speaking about, with such disdain, were their Muslim patients.

As a doctor who has been practising for almost seven years now, I have heard similar discussions on multiple occasions. I have participated (both actively and passively) at variouus times. Over the years, I have become more acutely aware of the group dynamics and the biases, both implicit and explicit within the medical community.

I was speaking to my sibling about this idea for an article detailing anti-Muslim bigotry in medicine and I was immediately chastised for trying to hijack the voice of those who actually experience the bigotry. Let me clarify, right at the outset, that I would never claim to actually understand anti-Muslim bigotry and the devastation caused by the same.

However, I would like to speak about the prejudice that I have noticed among my non-Muslim colleagues.

I wish to speak about how the bigotry that lurks innocuously within (non-Muslim HCWs) can compromise the delivery of even healthcare to Muslim individuals.

The word ‘Islamophobia’ first appeared in a report by the Runnymede Trust in 1997, which deﬁned the construct as “unfounded hostility towards Islam and a fear or dislike of all or most Muslims.”

It is important that we focus on the obvious. Islamophobia is unfounded and more importantly, it is directed towards "all or most Muslims".

This bigotry stems from unfair stereotypes that have been perpetuated over years. The problem with stereotyping is that it immediately negates individualism, by way of herding people into perceived notions of what they 'must be'. A Muslim woman is oppressed, a Muslim man is a wife beater, Muslim families have unchecked growth — these are just some of the stereotypes associated with Muslim patients. 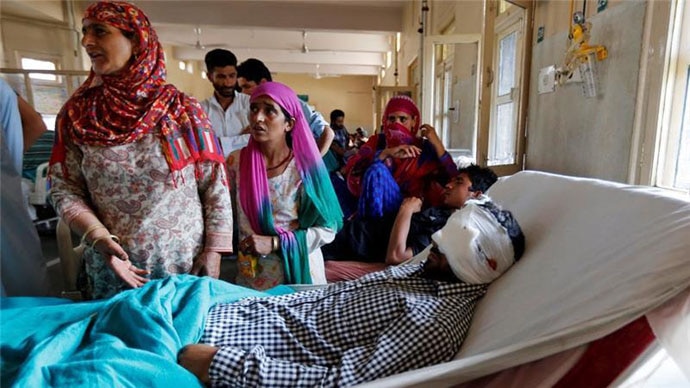 The bigotry against Muslims is a very real and present danger (Photo: Reuters)

While there may be families or individuals that align with these characteristics, stereotyping everyone denies the existence of an educated Muslim feminist, and, worst of all, it forces the non-practising Muslim to bear the burden of a religion that they do not even practise.

In order to prevent disparity in health care delivery, it’s imperative that non-Muslim doctors first recognise their implicit bigotry — and then work on unlearning it.

As a young doctor, I was extremely Islamophobic. We live in a society that teaches children to discriminate on the basis of caste, colour, creed, religion and gender. We are an extremely hypocritical society that parrots the Indian pledge, without batting an eyelid, but have no qualms about flouting the ethos that it exemplifies.

As a child, I was exposed to close family, relatives and friends who spouted vile bigotry against Muslims. This was part of dinner table conversations or general “intellectual” chit-chat. These seemingly harmless conversations give birth to an entirely new generation of Islamophobes.

Burdened with this anti-Muslim bigotry, I made many similar assumptions as did my colleagues. It has taken me years of unlearning and enquiry so that, as of today, I am better equipped to keep my biases at bay. However, even today, my bias does sneak up on me, catching me by surprise. I have to take a breath and school myself. I have to unlearn and re-learn, all the time.

One may ask why this is important — what bearing do these biases actually have on patient care?

There are studies originating from the USA and the UK regarding public health implications of anti-Muslim bigotry. In the paper titled Islamophobia bigotry, Health, and Public Health: A Systematic Literature Review, it has been noted that mental health, physical health and health care seeking behaviour are negatively impacted by discrimination (actual or perceived) faced in health care settings. The paper brings to notice that there was an increase in the rates of preterm births and low birth weight among women with Arabic names in California who gave birth within 6 months after 9/11, relative to the year before. No differences were documented among women with non-Arabic names.

It was also found that women who wore the veil reported more discrimination in health care settings than women who did not.

In order to prevent the perpetuation of inequity in medical training and practice, health care providers and their institutions are increasingly using the concept of Social Determinants Of Health (SDOH).

The SDOH are defined by the World Health Organization as the conditions in and under which people are born, grow, work, and live, and the broader set of forces and systems that shape the conditions of daily life. On an individual level, SDOH such as housing, employment status, working conditions, etc., impact people’s daily lives. These factors determine their risk of illness, health care seeking behaviour and ability to access preventive and curative health care measures, according to research.

Religion is an important SDOH in a pluralistic society such as ours.

However, one should not make the mistake of reducing a patient to their religion alone.

When we exhibit anti-Muslim bigotry, knowingly or unknowingly, we instill in our patients a sense of isolation. The Muslim patient who has experienced anti-Muslim bigotry is less likely to make attempts to access timely health care. We see a patient who approaches us too late in the natural course of illness, and we conveniently assume that they came late due to religious reasons.

However, we fail to recognise our responsibility in isolating the patient at first contact.

For us to rectify the flaws in our practice, we need to first accept that we have a problem. We need to realise that as health care workers, we aren’t immune to biases. As non-Muslim doctors, we need to recognise the privileges that we enjoy, especially in the current political milieu.

Interdisciplinary scholar Megan Boler describes the pedagogy of discomfort whereby both teachers and students “may begin to realize, undoubtedly with some discomfort, that they have great incentives to remain privileged, that their worldview is based on their social status and medical training, and that the way they explain poverty is based on selective sight arising from social status”  in her book Feeling Power: Emotions and Education. This teaching of Boler holds true with respect to religious privileges as well.

In our country, where the majority of the populace is Hindu, there is an urgent need for non-Muslim doctors to face their privileges, unlearn their biases and provide a more inclusive health care experience.