Dear Hindus, Muslims and others, will you ever take your eyes off the magic mirrors?

I want to smash their magic mirrors.

We have all grown up with fairy tales of magic mirrors: mirrors that tell the truth, mirrors that don’t, and mirrors in which the truth is a lie. Oscar Wilde turned these fables into a modern, Gothic story about a man who stayed beautiful in the flesh no matter what he did, while his mirror image grew monstrous with the ugliness of his thoughts and actions.

What if I tell you that all of us  — or, almost all — live with magic mirrors too?

Our magic mirrors are the obverse of the one in Wilde’s story: no matter what we do or think, we see ourselves as fully justified and always beautiful in our magic mirrors. This does not happen only to individuals in a relationship, whether between colleagues or between spouses, but also to all. And much of the misery that we cause ourselves and others is due to our failure to smash these flattering magic mirrors.

I grew up as a Muslim and came to know many more Muslims as a journalist. As a rule, with two or three exceptions, these were decent and non-violent people, who respected other faiths and did not justify violence in the name of religion.

But again, with four or five exceptions, these were people who basically believed that their own religion was the most correct one. It is, of course, an article of faith with religious Muslims that though other religions might share parts of the truth, their version of Islam is the most correct faith. If you are a Muslim, you cannot say anything else — at least in the presence of other Muslims. 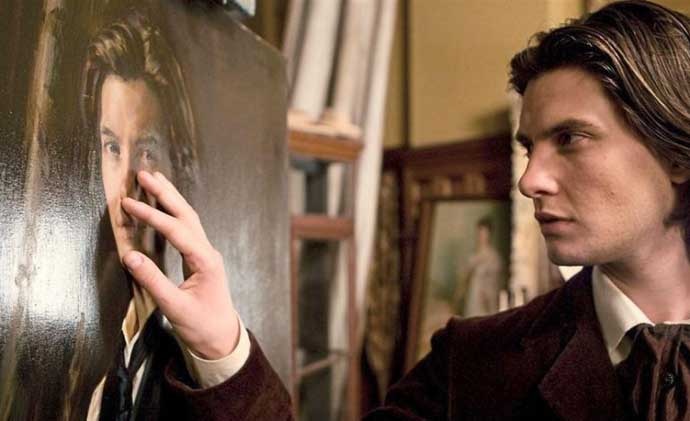 All of you have the mirror in front of you which says you are the best. (Photo: PTI/Movie still)

But let us look at Hindus now, for I grew up with more Hindus than Muslims around me, and I also met more Hindus as a journalist.

But let us move on to another ‘people’ — I have lived on and off for about two decades in Europe now. With one or two exceptions, the Europeans I have met respect other people and condemn religious violence. But again, with some exceptions, they are basically convinced of the success of European societies and are often unwilling to seriously examine how this success, to the degree that it exists, is imbricated with four centuries of exploitation and the dominance of other societies for the sake of European welfare, a process that has continued in other forms after the end of territorial colonisation.

Won’t you too tend to dislike — maybe even mistrust — such a superior-believing people?

When Hindus say to me, 'but we are such a tolerant people', I feel like smashing their magic mirror and showing them all those instances of intolerance, not least to the lower castes, in the past and the present (with its riots and lynching), which are unfortunately also part of our existence in India.

When some Europeans suggest or hint to me that other people should learn from their systems, I want to smash their magic mirrors and ask them: yes, maybe other people too can begin by colonising and exploiting other countries for three centuries, and then using international organisations to safeguard those advantages?

I could extend the list, talking of various other ‘people'. I cannot think of any community, small and cohesive, or any large and disparate ‘people’ (as is the case of Muslims, Hindus and Europeans) that does not venerate their own magic mirrors — mirrors in which they see themselves as eternally righteous and beautiful. Humans look into these magic mirrors and angels gaze back! These magic mirrors exist in home after home. Who can ever dare to smash them? Who can ever succeed?

And will we be able to look into our own eyes in ordinary mirrors without flinching?

I do not want to smash our magic mirrors and replace them with another set of magic ones, which turn us into monsters instead of angels.

But I would like to replace them with ordinary mirrors that enable us to see our flaws as well as our strengths. They might make our lives a bit less comfortable, but they will help make our world significantly better.