What Narendra Modi's Hindutva overdose did to India

India was reborn in May 2014 when Narendra Modi took oath as prime minister.

For months that followed, the country found itself in a baby nursery, checked out by a team of specialists 24x7.

This clinical team worked with the sole objective of draining out what it diagnosed as "infections of secularism" that elders genetically passed on to the country's millennials and post-millennials.

These Sangh physicians reviewed the newborn's prenatal history — a ten-year-rule of an alliance that had rejected "Hindi-Hindu-Hindustan". PM Modi, hailed as a 'Hindu Hriday Samrat' by his diehard followers, is a master in attracting public attention. Photo: PTI

In the decade that preceded Modi's ascension in New Delhi, Sonia Gandhi, originally a Roman Catholic daughter of a building contractor from a small town near Turin in Italy, had risen to be India's most powerful woman. Under her leadership, an Oxford-educated economist, belonging to the tiny Sikh minority, served as the country's prime minister for two successive terms.

"My name is Arjun Singh. When we greet anyone, we fold our hands in 'namaste' because we believe that God resides in the heart of every human being," says the actor in a dialogue with white men playing arrogant British elite.

"We come from a nation where we allow a woman of the Catholic religion to step aside for a Sikh to be sworn as prime minister by a Muslim president to govern a nation of over 80 percent Hindus," he continued.

In 2018, no Bollywood movie can boast of any new evidence of secularism that India evinced 2014 on.

Now, that's quite a feat for the governing dispensation that completes four years in national power this month.

Since 2014, right-wing proponents of Hindutva have instead successfully injected incremental doses of majoritarianism into India.

The course of those doses in the past few years began with religious polarisation over the so-called love jihad.

This narrative was embraced generously by the target constituency, no matter that there was no firm data to support claims that Muslim men were seducing Hindu women to overwhelm the majority.

Four years ago, the “pink revolution” became the centrepiece of a second narrative, followed by pledges to protect sacred cows. 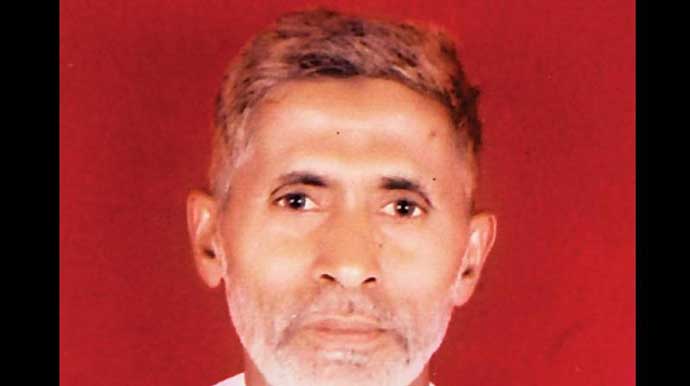 The blood-curdling violence Dadri's Mohammad Akhlaq was subjected to scarred the fabric of India. Photo: PTI

In 2015, a Muslim man, Mohammad Akhlaq, and his son Danish, were battered by people who knew them in their Bisara village, over rumours that they were storing beef. The father died from critical injuries.

That blood-curdling assault sparked a spate of mob attacks through 2016-17, supposedly over "gau raksha".

The immediate victims were low-income Muslims, but the onslaughts served as a rebuke to every religious and ethnic minority in the country.

Then came another narrative — triple talaq.

Political advocates of aggressive Hindutva used it more to demonise Muslims than out of any genuine concern for the women in the picture.

In this anti-secular "therapy", Muslims — most of them chronically poor — have been vilified as a threat to 80 percent of India's Hindus, upper and lower castes alike.

Remember, there's more than one way to render a majority insecure for maximum political advantage.

PM Modi, hailed as a "Hindu Hriday Samrat" by his diehard followers, is a master in attracting public attention.

Heads of states/governments are usually cautious about facts and propriety. Our prime minister often isn't. His speeches seem to have been strategically pockmarked with "shamshan-kabristan" type references and factual errors. 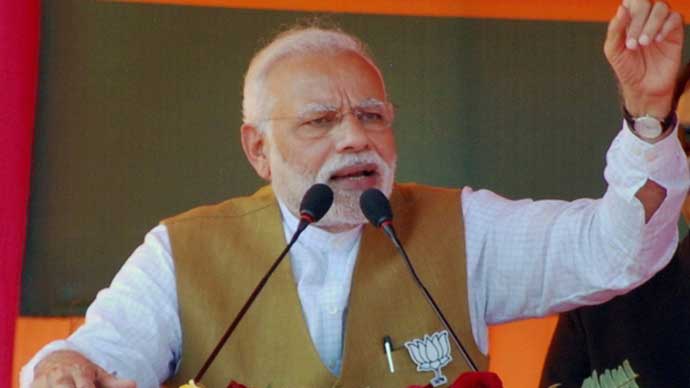 For Modi, the road to the last mile is paved with inaccurate allusions and substandard stereotypes. Photo: PTI

A handful of Indians may lampoon Modi for his "substandard" stereotypes and inaccurate allusions, but the PM appears to be using them fairly smartly to deliver his central message to the last mile. Aided by an army of RSS workers on the ground, prime minister Modi will likely be remembered in history as a progenitor of a social order that rinsed secularism from its veins.

The term, which Akshay Kumar gloated over in Namastey London, is now reduced to an anathema — rather, an expletive — in 2018.

The Congress, which once marketed itself as an ambassador of minority welfare, is not oblivious of the astounding rise of this RSS brand of Hindutva.

That explains why the party too has toned down its secular rhetoric.

What now forms the main focus of Congress speeches is not an audacious commitment to religious equality but constitutional issues, what is legal, what is not, the "idea of India", economy and jobs. Everything in broader brush strokes.

The embattled opposition now shies away from taking on specifics regarding civil and human rights of minorities in Modi's India. Secularism is too risky, even for Congress. Photo: Screengrab

It knows that the political backlash from any such rant will be too severe for 2019.

Events in Karnataka have undoubtedly brought opponents together to fight Modi unitedly next year. They may even succeed, given voter arithmetic.

But India will not be what it was from 2004 to 2014. Hardline Hindutva might just be replaced by soft Hindutva post-2019 - but secularism will remain a no-go zone for the political establishment.

Also read: History will judge Manmohan Singh as an ideal leader — and an architect of the Modi phenomenon