Why I filed a plea to decriminalise homosexuality

Keshav Suri, executive director of The Lalit Suri Hospitality Group, writes about why he moved the Supreme Court to abolish Section 377.

Hotelier Keshav Suri, executive director of The Lalit Suri Hospitality Group, recently filed a petition in the Supreme Court seeking quashing of Section 377 of the Indian Penal Code and the decriminsalisation of homosexuality.

On April 23, a bench headed by chief justice Dipak Misra issued a notice to the Centre on the plea – filed in court by senior advocate Mukul Rohatgi – and then ordered that it be bunched with other similar petitions already referred to a Constitution bench. 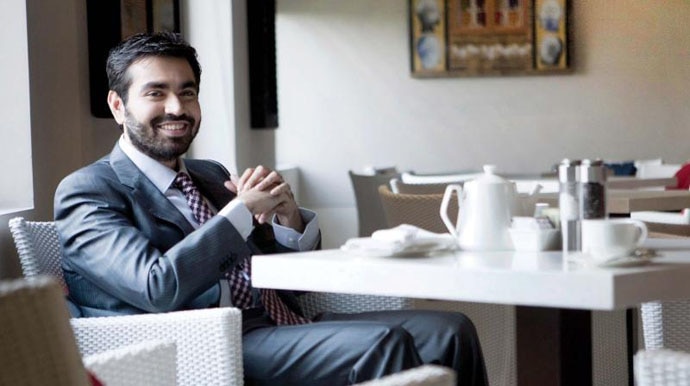 Keshav Suri is the executive director of The Lalit Suri Hospitality Group.

Here, Suri talks about his petition:

My recently filed petition in the honourable Supreme Court has been given some attention. Today, I aim to clarify doubts and put rumours to rest.

In my writ petition against the Union of India, I have challenged Section 377. The criminalisation of consensual sexual relationships between adults goes against the Constitution of this country. I believe the right to choice of sexual orientation encompasses the right to a life with dignity and the right to privacy. Since, these are fundamental rights according to Article 21 of the Indian Constitution, the discrimination based on sexual preference is a violation of the Constitution itself.

We need to grow and mature as a society. I am a proud member of the LGBTQI community in India. I have no qualms in admitting that I have been in a committed relationship with an adult male for a decade.

Though my personal life is not up for discussion, I felt it was important to highlight the fact. Being a member of the community, I have first-hand knowledge of the trials and tribulations faced by them in India. Over 56 per cent white-collar workers in this country have complained of discrimination.

In fact, India’s homophobia is hurting its economic growth too. According to a World Bank study on economic cost of homophobia, India’s estimated loss to GDP is between 0.1 per cent and 1.7 per cent. The report goes on to elaborate that depression owing to homophobia leads to lower productivity and output. India is also missing out on the power of pink money. Described as the purchasing power of the gay community, the West is benefitting from this sub-economy, which contributes almost $1,000 billion to the US economy.

While, the economic impact of Section 377 is massive, its social impact prevents the LGBTQI community from accumulating wealth.

At The Lalit Hotels, we kick-started a #PureLove campaign in September 2017. The idea was to give a platform to people from all walks of life to share their experiences and seek emotional support, when needed. As part the campaign, we have strived to provide employment opportunities to the LGBTQI community.

The campaign imbibes the United Nations Guiding Principles on Tackling Discrimination against lesbians, gays, bi-sexuals, transgender and inter-sex people. The mission is to create an inclusive environment for people of the LGBTQI community in and amongst corporate India. Through this campaign, we have rehabilitated 10 people belonging to the community and work to help numerous more.

My idea, while filing the petition, was to represent a collective voice to address a vital human right. The fact that hundreds of people belonging to the community have contacted me since filing of the petition reflects the gravity of the situation.

I dream of a just India, where every citizen has the right to choose.

#Keshav Suri, #Supreme Court, #Section 377, #Homosexuality
The views and opinions expressed in this article are those of the authors and do not necessarily reflect the official policy or position of DailyO.in or the India Today Group. The writers are solely responsible for any claims arising out of the contents of this article.