From day one, the Prime Minister reached out to the only group that ensured his election and didn't view him with unbridled cynicism, even dislike: The common citizen of India.

In May 2014, when Narendra Modi assumed the office of Prime Minister of India, he was not just stepping into a new role, but a new ecosystem that operated from the long-winding corridors of North Block. For a three-term elected Chief Minister, who was known to have his ears close to the ground, perhaps he would have felt that the heavy doors and thick curtains in his palatial office will distance him from the very electorate which was pivotal in ensuring his election.

Post the unfortunate riots in 2002, Narendra Modi had borne the brunt of the mainstream print and electronic media's blame. With cantankerous debates and journalists who refused to look beyond 2002, it was clear if Narendra Modi had to tell his side of the story to his fellow citizens, he had to do it himself.

Subsequently, he warmed up to social media and began to communicate ‘directly’ with the electorate, sans layers of interpretations. Faced with sections of the intelligentsia and media deeply opposed to him, PM Modi reached out to the people himself. (Photo: Screengrab)

While social media and a seamlessly synchronised communication strategy of the Bhartiya Janata Party (BJP) were instrumental in shaping the outcome of the 2014 General Elections, there was a subtle takeaway for political observers — i.e., the popularity of the Prime Minister had grown leaps and bounds on social media, and that's despite the well-oiled ecosystem that tried every trick in the game to pull him down.

Direct communication had struck a chord — its results spoke of its success. The PM set himself on a voyage of communication with India all by ‘himself’ — a marked departure from his predecessors who communicated through ‘others’.

For someone who was not a Narendra Modi supporter in 2014, it was his tenacity, unrelenting efforts to talk to non-believers like me, and diversity of topics that he discussed across mediums of communication that revealed the Narendra Modi I did not know about.

I was not used to seeing the Prime Minister talk so frequently to the ‘junta’ or common citizens. For me who had been conditioned to believe that the PM was beyond the reach of a mere citizen like me, it was overwhelming — even somewhat unsettling to see and hear so much of him. Be it his Twitter posts, live sessions on Facebook, speeches at international forums, tireless campaign trails or Mann ki Baat, the monthly radio programme — in many ways, his leadership grew on me, solely on account of his communication.

A lot of people have wondered why Mann ki Baat was not a televised show — the fact is, radio, with an estimated reach of 90% of the total Indian population, is a medium that is mobile, affordable and unique. 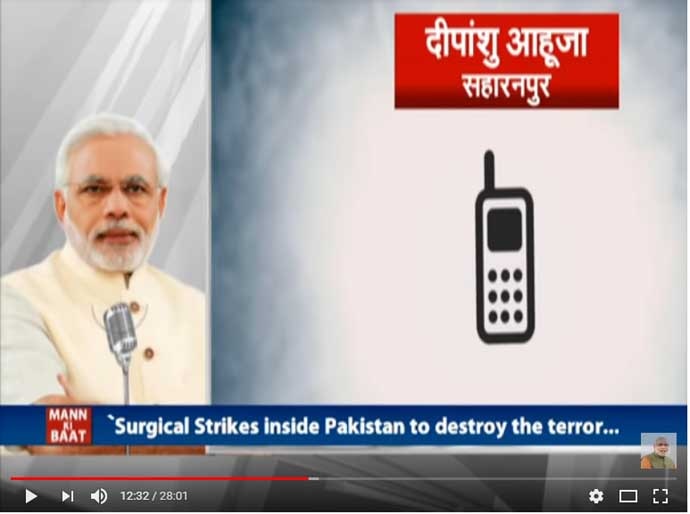 Mobile: One doesn’t need to take out time to follow Mann ki Baat; it can be done on the go. Domestic workers, drivers, farmers, the unorganised sector needn’t have to make a choice between earning wages and listening to Mann ki Baat — they can hear the Prime Minister while on the job.

Affordable: Those who cannot afford a television in India depend on radio for their entertainment. Even those with basic phones have access to radio. No additional investment is required.

Unique: Mann ki Baat is telecast on the scheduled day — and not repeated. It keeps the excitement alive. The Prime Minister is just a voice that resonates with trust and reassurance, so no photographs flooding social media or clippings get played for political dissection. 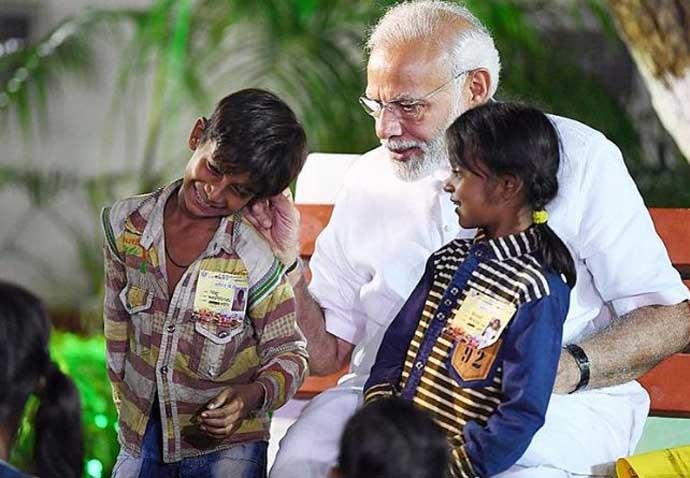 Modi has his ears close to the ground. (Photo: Instagram)

After the book launch of the second edition of Mann ki Baat at the National Media Center, where luminaries, including Arun Jaitley, elaborated on the plethora of apolitical topics that were discussed by the Prime Minister in the 53-episode series, I reflected on Narendra Modi — the most popular Prime Minister of India — who ironically continues to be an outsider in Lutyens' Delhi.

According to a Scroll report, in May 2018, while interacting with an Ujjwala beneficiary in Odisha in person, the Prime Minister innocuously asked Suchsmita Kabata from Mayurbhanj, Odisha, “Now when the husband asks for tea, you must also be giving it immediately, so there must be fewer fights in the house?" This is a nuanced query that only someone who is well versed with the social contours of poverty struck homes will appreciate. Sections of the liberal media however interpreted it as 'Telling a woman that her husband is inconsiderate and quarrelsome in order to present himself as her saviour may be a first, even for Modi.' 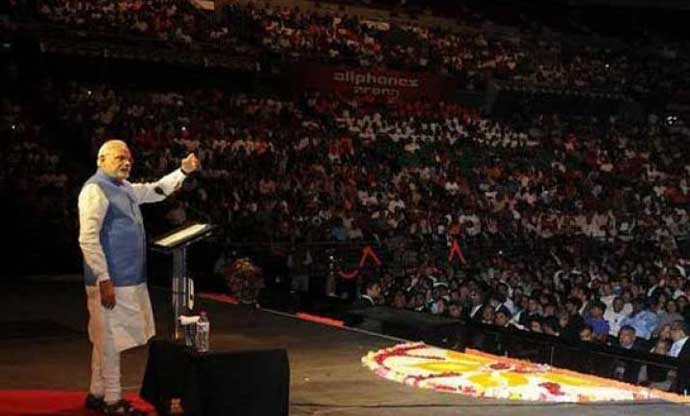 Communication brings people closer. And Modi is a master at it. (Photo: Twitter)

For a woman in rural India, this query is empathetic — and very real. Unfortunately, those far from reality wrote off this conversation as one that reeked of misogyny.

Communication brings people closer as they converge towards commonality. Communication is an art because it is fluid and heavily dependent upon the audience. Against the limited scope of discussion, the Prime Minister couldn’t chat on energy economics with Suchsmita, for she couldn’t reciprocate. Neither would he have asked this question of a professional woman in a metro.

Unlike most of his peers in the Opposition, Narendra Modi has successfully untangled the web of communication and identified a unique style for each his audience.

For the Indian diaspora, he tells them about the progress India has made; for the underprivileged, he shows them hope for a better future; to students making a choice between Playstation and books, he speaks about balancing time between books and PubG; for those fearing failure, he has success stories to inspire; for the successful, he encourages them to share their cup of success with those who are yet to make it.

With something for everyone, the Prime Minister has not only ensured his ears are close to the ground — he has also empowered a billion-plus Indians to feel much closer to their leadership than they ever did.

Post your comment
#BJP, #Lok Sabha election 2019, #Narendra Modi, #Mann ki Baat
The views and opinions expressed in this article are those of the authors and do not necessarily reflect the official policy or position of DailyO.in or the India Today Group. The writers are solely responsible for any claims arising out of the contents of this article.