Why the world needs International Day of Diplomats, our everyday peacekeepers

Recently, Indian Foreign Service (IFS) officers celebrated October 9 as Indian Foreign Service Day to mark the creation of this branch of the civil services on this day in 1946. Similarly, Russian diplomats celebrate February 10 to mark their service. Established in 2002 by a presidential order, the date was chosen as the first foreign office of Russia - Posolsky Prikaz - was set up on February 10 in 1549. It highlights the role diplomats play in advancing the interests of their country and helps people learn about diplomacy as a noble profession.

Across the world, diplomats are stereotyped as being lotus-eaters who live the glamorous high-life in the world's capitals, far from the realities of daily struggles. This is, in fact, far from the truth. Most diplomats face struggles unknown to the people back home. The majority of them have been unable to be by their families' side during the death of at least one of their parents. An IFS officer myself, I got the news of the death of my father over the telephone while serving in Moscow.

Spouses of many diplomats have had to give up their careers to be with their officer husbands and wives, who travel across the globe. Children of diplomats often feel disoriented as a result of the frequent intercontinental movement of their parents. In many cases, they have to go to local schools as their countries do not provide enough money for their education in the reputed international schools. 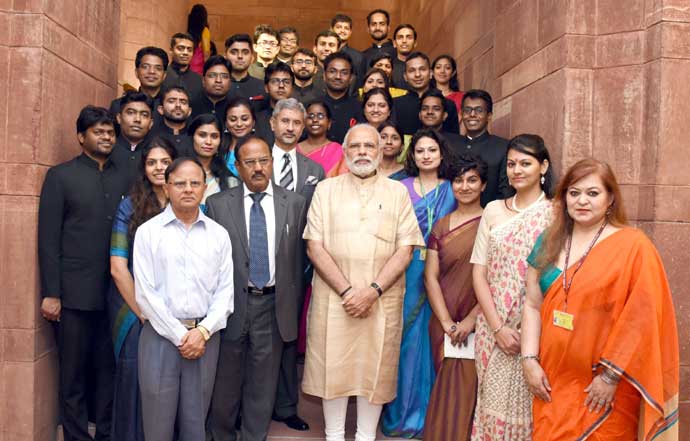 Diplomats have to master several foreign languages to adapt themselves to the countries of accreditation. They have to attend National Day receptions almost every day and socialise with hosts. It takes a toll on their health. It all looks glamorous from a distance to those who don't have to do it every day. For a diplomat, eating and drinking as matters of courtesy and decorum are tedious chores - for which they often meet the same people again and again with very little to talk about except the weather, or when one arrived at or left the gathering.

Travelling long distances frequently too has adverse effects on a diplomat's health. There was a time when there was a huge distance - both in terms of time and space - between the bosses in the foreign office and the diplomats serving abroad, now they are just a WhatsApp message away. This has taken away the freedom diplomats once enjoyed and made them, more or less, extensions of the headquarters.

Diplomats, whereever they come from, have similar experiences over the span of decades they spend serving their countries. They often meet each other in different capital cities, either while serving together or on short visits. Some of them become lifelong friends, some even marry fellow diplomats and keep serving their respective governments.

Diplomats play a key role in maintaining a peaceful world order by means of effective communication among states, initiating memoranda of understanding, agreements and treaties, implementing them and advising their political bosses on critical foreign policy matters.

They are at the heart of bringing and keeping the world together. In fact, war ensues when diplomacy fails, bringing death and destruction upon societies and civilisations. A country that has skilled diplomats does not have to go to war.

It is for these reasons alone that the profession should be truly valued and an international day of diplomats should be celebrated across the world. It could be the day the United Nations was founded, bringing our world the hope of a new tomorrow.

Of course, the United Nations need reforms - to adapt itself to the changing global realities - but the day so many countries came together to found this institution was truly a great occasion. It was the day diplomacy won over war as the primary instrument of resolving conflict.

Let's dedicate this day to our fine diplomats who have kept our world going despite several occasions in history when it appeared that all was going to end. Let October 24 - the day UN was founded - be the International Day of Diplomats. Let's celebrate it starting this year.

Also read: In memory of Cecilia Meireles - the poet who came to India and fell in love with it