Yesterday I read the 114-page judgment in the judge Loya death case authored by Justice DY Chandrachud on behalf of the three-judge bench of the Supreme Court. A reading of the judgment exposes every fact of the conspiracy to generate falsehood as propaganda in the public and political space.

Never ever so blatantly in the past have national political parties, a few retired judges and some senior lawyers so closely identified themselves with the generation of falsehood that they almost come out as conspirators. A detailed analysis of the facts and the role played by some groups is necessary since I suspect such attempts will also be made in the future.

Alleged role of Amit Shah in the Sohrabuddin Case

Amit Shah had no role in Sohrabuddin Case. It was an alleged encounter executed by some central agencies through the state police. I had written a detailed letter on September 27, 2013 to the then Prime Minister, Dr Manmohan Singh, giving out all these facts in detail. The primary piece of evidence sought to be introduced to link Amit Shah with the encounter was that of two persons – Ramanbhai Patel and Dasrathbhai Patel, both noted land grabbers, who had given evidence against Amit Shah.

Both claimed that they had gone to Amit Shah’s office to meet him to have a Preventive Detention Order under PASA passed against them, withdrawn. He had demanded Rs 75 lakhs from them, which was paid on certain specific dates through one Ajay Patel in instalments. In the course of this meeting, Amit Shah had made some casual statement on why Sohrabuddin had to be killed.

The alleged evidence was so false is evident from the fact that the visitors register showed the two never visited Amit Shah ever. Secondly, there was never a PASA order against either of the two Patels.

Thirdly, some of the dates on which the instalments of Rs 75 lakhs were allegedly paid by Patel were dates on which Ajay Patel’s passport shows that he was not in India.

On this flimsy evidence, any court would have discharged Amit Shah. While granting him bail, the Gujarat High Court had commented that this was actually a case of no prosecutable evidence. It did not matter to Amit Shah as to which judge heard this flimsy charge against him. Amit Shah was discharged in the case. Some individuals challenged the discharge order before the Mumbai High Court and the Supreme Court. The challenge was rejected.

Many of those who raked up the judge Loya death case were associated against Amit Shah in the Sohrabuddin case. 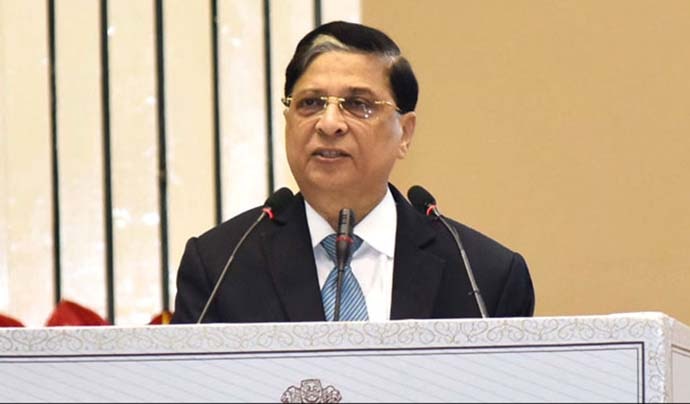 Judge Loya, as the Supreme Court judgment establishes, had a chest pain in the early hours of December 1, 2014 at Ravi Bhawan, Nagpur. Two other district judges were with him. They had telephoned two other colleagues from judiciary and thus the four district judge-level officers took judge Loya to hospital in their car where an ECG was conducted, preliminary treatment was given and the case was referred to a specialised cardiology hospital. By the time he reached the cardiology hospital, probably the condition worsened and he passed away. Efforts were made for revival, but the same unfortunately failed.

During the period of his cardiac problem, only four district judges, the doctors and the medical staff of the two hospitals had access to him. Four high court judges arrived at the second hospital, which recommended a post-mortem, which was conducted by a third hospital and the same indicated death because of cardiac issues. His body was then accompanied by two magistrates to his home town.

After perusing the statement of all persons concerned and judge Loya’s family members, who accepted the natural causes of the death, the Supreme Court came to a finding that this conclusively was a death because of natural reasons and there was no suspicious circumstance. The Caravan Magazine stories and investigations are a textbook example of fake news. It was not gossip- or rumour-mongering, but deliberately generated fake news where falsehood was manufactured to generate a massive public controversy.

Most courts in India have a set of crusading lawyers who pick up causes in public interest and pursue them. That is perfectly acceptable. But over the last few years, one has witnessed the evolution of these public interest crusaders graduating into “institution disruptors”. They pick up even false causes and pursue the falsehood with a sense of deep commitment, indulge in intimidating advocacy, are shrill with their opposing colleagues, are rude and impolite with the judges. They firmly believe that every falsehood that they propound must be accepted as the gospel truth.

They have found two strong allies. A section of the media gives them publicity. Simultaneously, we have witnessed the devolution of the Congress from a mainstream party now taking fringe positions. The party, through its lawyers or otherwise, is too willing to identify with these “institution disruptors” and thus intimidation of courts has become the new form of advocacy.

A divided court is finding itself helpless to respond to these intimidatory tactics. The judgment indicates that intidimatory tactics were used as an alternative to one-sided set of facts in the case. The “institution disruptors” have now become spokespersons of the judge Loya death case falsehood. 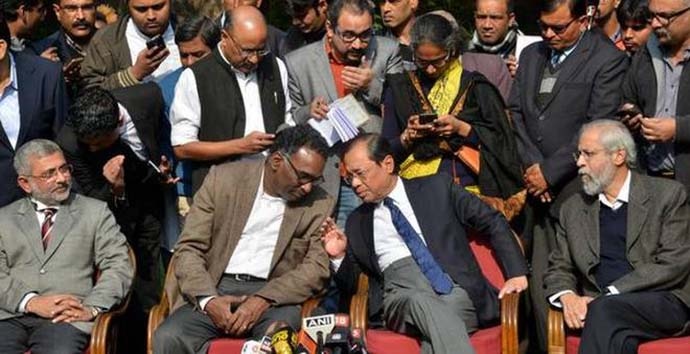 The impeachment of a judge of the Supreme Court is to be done only in the case of either his “incapacity” or on “proven misconduct”. The Congress and its friends have started using impeachment as a political tool. Impeachment is a process by which you remove the holder of office in order to protect the dignity of an office.

Each member has to act as a judge. He has to independently review the facts and the evidence. Decisions cannot be on party lines or dictated by Whip. The power is exercised in case of “proven misconduct”. Trivialising the use of that power is a dangerous event. It is not difficult to collect fifty signatures of the Rajya Sabha or hundred signatures of Lok Sabha members even on frivolous issues.

To use the power as intimidatory tactics when neither you have a case of “proven misconduct”, nor the numbers are on your side, is a serious threat to judicial independence. My preliminary reaction to the impeachment motion filed today is clear. It is a revenge petition after the falsehood of the Congress party has been established in the judge Loya death case. It is an attempt to intimidate a judge and send a message to other judges, that if you don’t agree with us, fifty MPs are enough for a revenge action. The charges read out are issues those which have been settled by judicial orders or by precedent. Some issues are stale, trivial and have nothing to do with judicial functions.

If intimidatory tactics of “institution disruptors” and impeachment motion are threats to judicial independence, the single greatest threat is the divided court itself.

Now that the conspiracy of falsehood of the judge Loya death case stands conclusively established, a few thoughts come to my mind. The four judges of the Supreme Court, who held the controversial press conference, are all experienced judges and, in my view, men of high integrity. Had they checked up the facts of judge Loya case before commenting on it, even though only on a listing issue?

Should anyone at all be commenting on a pending case because many comments created an environment of prejudice and even added credibility to utter falsehood as they did in the present case?

Is the impeachment motion filed today a direct result of the press conference? Does this impeachment set a precedent that political parties in India will use impeachment as an instrument to intimidate judges hearing controversial matters?

What has happened today is a price the Indian judiciary has to pay for misadventures of many. There is no better time for judicial statesmanship and political foresight.