How the British view India-Pakistan Partition

I'd like to wish the people of India a happy Partition Day ahead of next Tuesday, and hope they all manage to wallow fully in the misery and anguish that August 15 represents to them each year.

To the British that is precisely what the date represents – and nothing more. Seventy years after the Raj ended, this day still does not for them mark the birth of by far the biggest, most multifarious and hotly contested democracy in history, that has overcome far greater and more recurrent challenges to its integrity than any other democratic state in modern times – from invasion to political assassinations and natural calamities. For them, it marks only Partition.

As the day nears, the British are indulging in their usual morbid historical voyeurism. The Guardian has run several articles already, raking over the horrors. One of them even ridiculously asserted that Indians are "in denial" about what took place then, unaware of the museum and countless archives they have devoted to its memory.

The BBC is even officially running a Partition Series with television, radio and online programmes delving into the myriad traumas suffered. And London's main cultural hub, the Southbank Centre, ran talks and events earlier this year related to it, as have many other venues in Britain. 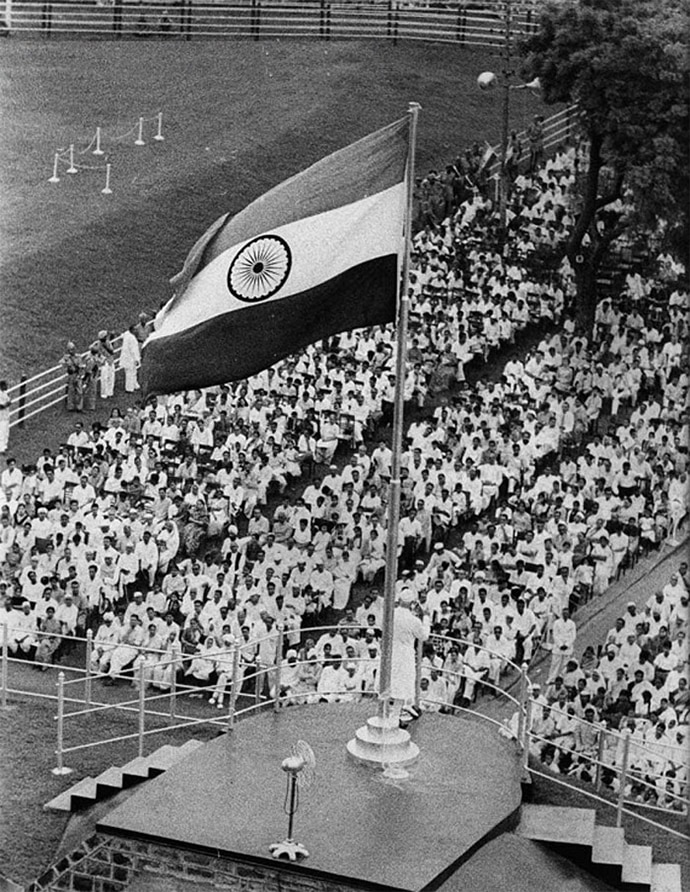 The large number of Punjabis in the UK – from both India and Pakistan – is one reason for this obsession, as is the deluded notion among the British to foster a wholly bogus "British-Asian" identity for all those whose origins are in the subcontinent – as though a cab-driving Mirpuri in Bradford and his burqa-wearing cousin-wife share some essential bond with cosmopolitan Gujarati Londoners working for Goldman Sachs.

Indians in Britain live very different lives from Pakistanis, being, on the whole, much better educated, more prosperous and more at ease with the general culture. While Indians tend to make money and then leave their old immigrant neighbourhoods for more affluent and thus whiter areas, Pakistanis very often live in ghettos composed of people who are from the same region they hailed from, very often still practising endogamous marriage with relatives from the old country.

The annual hand-wringing over Partition, however, is one thing that both communities can be involved in, and so the British make the very most of it, herding everyone into a collective bellyaching that might foster some artificial sense of unity, before everyone returns to their normal lives that are very much and increasingly unrelated to each other's.

While for Indians, August 15 marks the moment they finally rid themselves of the retarding constipating influence of the British that had held them back for centuries, for the British the day can only be regarded through the lens of tragedy. Their neurotic focus on Partition is not because the tragedy is an Indian one (which it was for many Indians, but by no means all) but because it is so excruciatingly British they cannot even bring themselves to admit its true relevance to them. They are the ones in denial about it, not Indians.

A refugee special train at Ambala Station during partition of India. [Photo: Reuters]

Partition was the last great historical event the British participated in. After that, they were dumped on the sidelines of history, to exist either as obedient American lackeys or resentful passengers in the European Union, ever sulky at not being top-dogs and having to comply with the general will of the EU – a petty bitterness that eventually drove them to Brexit.

The British have not, and never will again, be involved in something as momentous in scale and ramifications as Partition: the creation of two enormous countries, the deaths of millions of people and the displacement of many times more. They are so consumed by it each year because it allows them to wallow in the fading memory of a time when they were a people who mattered, though they try to disguise it with as many phoney pieties as possible, talking of their shame at the reckless irresponsibility in dividing so many people so hastily and wishing it had been done differently – wilfully hiding what a calculated move it had always been.

Twenty years before 1947, both Jinnah and the idea of a Muslim state were unknown. It was British patronage that allowed both to thrive as they sought to undermine the Indian National Congress. And it was Cold War politics, as much as the sectarianism they sowed, that made the British divide the subcontinent, creating the western-allied Pakistan as a buffer-state to obstruct Soviet influence in India.

None of this – widely discussed in India – is ever brought to light in Britain, where Partition is only regarded as a tragic mistake the British were forced into making by the uncontrollable hatreds of peoples they had hitherto painstakingly tried to civilise.

The "mistake" narrative of Partition is also, of course, a typically snide British means of regarding Indian independence itself as a mistake. To this day – despite the Himalayan scale of evidence to the contrary – the British feel they did Indians a big favour by colonising them, and that Indians might be better off if they still ruled them.

The British left behind a country so exploited and looted that its four-hundred million people were over 80 per cent illiterate, with an average life-expectancy of only 30. It is Indians themselves, through their own heroic efforts, who increased literacy almost four-fold and more than doubled life-expectancy – and also build companies and industries of global proportions, as well as send a mission to Mars and countless other achievements that seemed completely beyond them in 1947.

So while, next Tuesday, the British mope over Partition, I hope Indians have a great Independence Day and congratulate themselves on their country that, though still not without considerable challenges, has travelled an extraordinary distance in the past 70 years – far further than anyone dared to dream during its painful and difficult birth.