Why India must talk with Pakistan

My heart fluttered as my news app notification pinged on my phone with the headline titled: “Indo-Pak talks to happen in New York MEA meets”.

The last few months had been surprisingly positive for India-Pakistan relations when Navjot Singh Sidhu, a former cricketer, comedian and current Congress politician from Punjab, went ahead, despite the criticism from the Centre and media, to join in celebrations of his cricketing friend Imran Khan, who has recently assumed the position of Prime Minister of Pakistan. 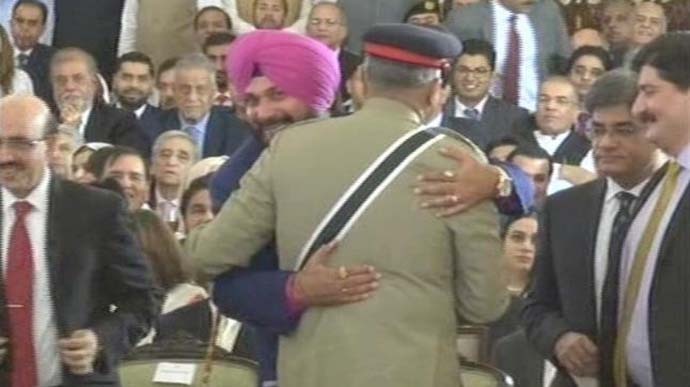 This small move garnered lots of hate from people in India — that came to no one's surprise as for the last few years, we have been riding high on the nationalism-with-Pakistan-hating wave  that seems to suit the current dispensation's agenda of polarisation for its own electoral gain. A pedestrian theory that no one needs to spell out, but everyone keeps missing.

Right before the election now, the situation for the BJP is not seeming as rosy as it did some six months back. Their most ambitious policies have suffered a backlash and charges of corruption have been rising from left, right and centre (pun intended). A media and noise pattern has followed. Whenever a news breaks that does not make the BJP look like the saviour and shining star it wants to project itself as (in the current context, think of the Rafale deal noise), a move that is grander and more eye-catching is implemented. 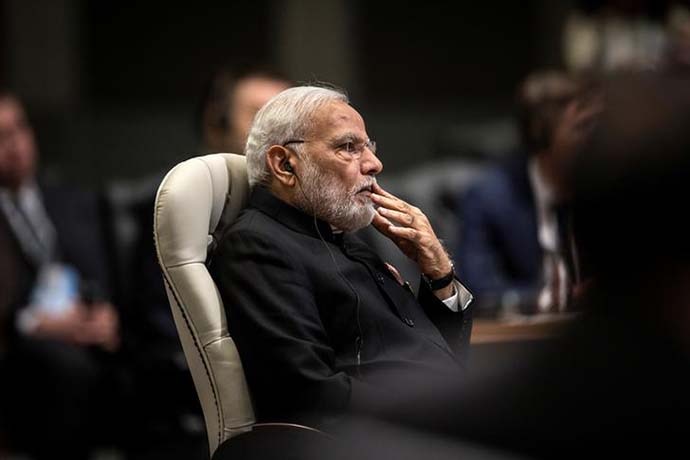 Under pressure from the Rafale charges, the BJP government will need to offer new news. (Photo: Reuters)

To a peacenik who has been hoping for a day where there is stable leadership in both countries across the border willing to actually begin and execute peace negotiations, Imran Khan’s meeting with Sidhu gave me some hope.

The refusal of the central government to carry out talks now was not just disappointing but absolutely heartbreaking because a refusal to begin dialogue is an acceptance of violence, death and bloodshed not only suffered by our own troops, but the citizens of this country living in Kashmir whose homeland has been a constant battlefield always drenched with the blood of its own people.

Where is the nationalism here? 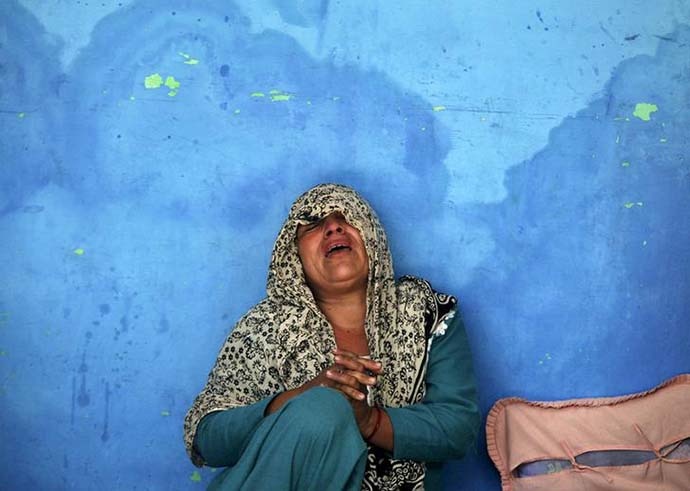 Is it nationalism to keep Kashmir crying in the pain of violence? (Photo: Reuters)

The need of stronger bilateral relationships has never been more important than now as Asia is on a rise. With a comparatively weaker leadership in the West and the rise of China as a world power, for India’s voice to be relevant and important when the time comes, it is imperative it maintains cordial relations with all of its neighbours.

The past four years, we have only seen a lot of chest-thumping from our government about being a grand, strong nation — while it has been failing at the diplomatic front with most of its immediate neighbours, beginning from Pakistan to China to Tibet and now, very recently, Nepal as their troops carried out military training with China, as opposed to India, which it had been doing for the longest time. Nepal was friendly with India earlier, It is now noticeably warmer towards China. (Photo: Agencies)

As a government that has been constantly talking about the future and undoing the wrongdoings of the past, it is surprising that the Indo-Pak peace process is nowhere even close to the BJP's agenda of development. But I don't think I want to put the entire blame on just what the government has been offering, but also on us as citizens as to what narrative we are lapping up.

How long till we rejoice in the violence occurring on either side of the border in efforts to prove an upper hand — and an upper hand at what? Killings?

This was a great opportunity lost and I worry when this will come again. I hope as citizens, we don’t let our emotions flow in the narrative of “Ek sar ke badle do sar” and instead be rational thinkers and ask from our government what is best for the nation — not just immediately, but in the coming future as well.

Also Read: India did not and India does not wish to have peace with Pakistan. Mehr Tarar explains why

#Narendra Modi, #Imran Khan, #UNGA, #Indo-Pak ties
The views and opinions expressed in this article are those of the authors and do not necessarily reflect the official policy or position of DailyO.in or the India Today Group. The writers are solely responsible for any claims arising out of the contents of this article.

The author is an Indian student activist and the ambassador for Postcards for Peace, a charitable organization that works towards eliminating discrimination.