The political landscape of Jammu and Kashmir has hit rock bottom, again. Nobody knows who is moving in which direction and who stands for which ideology.

The so-called political ideologies are being manipulated by leaders who are duty-bound in fact to safeguard them. However, the actual working of these political outfits indicates that the welfare of the people doesn't matter to them at all. They take people and their constituencies for granted.

But the people are not fools. Kashmiris, in fact, have lost confidence in all political parties. Not a single outfit can claim the moral high ground in the state. They are appear as opportunists, working to fulfil their personal and party interests.

To many, these political leaders appear almost as parasites that live in and feed off a human body — living in and feeding off Kashmir, in this case.

One party that comes under the scanner frequently is the Jammu and Kashmir National Conference (NC), which has ruled the state for most of independent India's history. The National Conference has sold the dignity of Kashmir every time it got a chance. Look at the track record. From the Indira Gandhi-Sheikh Abdullah Accord of 1975 to engineering political coups and reportedly siphoning money (Rs 38-crore Jammu and Kashmir Cricket Association scam, to name one), there is nothing that has stopped the NC in its tracks.

Even in the current political turmoil, the party is trying its best to present itself as the face of the Kashmiri people.

It's quite ironic that the NC is pointing fingers at the Peoples Democratic Party (PDP) for entering into an alliance with the BJP, calling the PDP's move unethical and against the people's interest. The NC conveniently forgets its own alliance with the BJP, from 1999-2002 (under the Prime Ministership of Atal Bihari Vajpayee) with excuses like "That was Vajpayee sahib ka zamana". 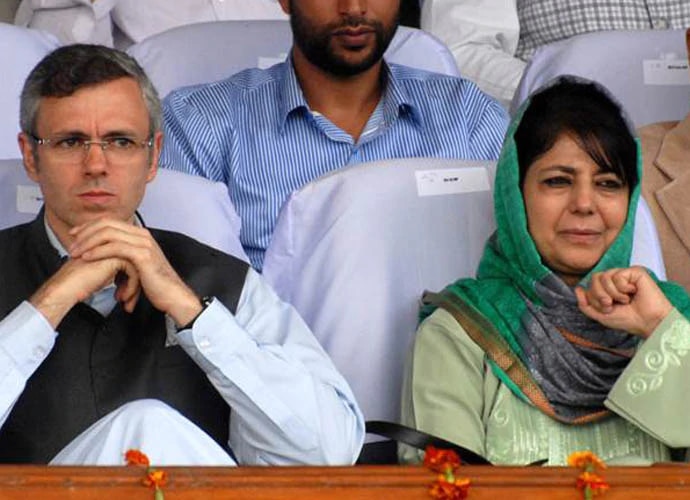 What the party and its leaders don't realise is that such statements reek of hypocrisy and moral degradation. The NC has lost the moral ground to criticise any government or any political party. The worst forms of human rights violations were committed during the rule of this party in Kashmir. For years, the contested region endured a regime of torture and the disappearance of civilians, bullet-riddled bodies buried in dozens of unmarked graves across Kashmir. And the National Conference played a major role in perpetuating these crimes, including the creation of Ikhwan, a militia that was dreaded.

The NC blaming the PDP for Kashmir's woes is laughable.

This is not to say that the PDP didn't betray the people of Kashmir, but the bitter blame-game between the two parties is only exposing them further.

We have accepted this fact that there is nothing in common between the people of Kashmir and the people ruling them.

Also read: Elections, not ambitions, can fix the broken political process in J&K