Why India badly needs that Jinnah portrait at AMU

Removing his portrait will be a step towards erasing his sins from our memories.

What would you call me if I chose lunacy over rationale, violence over peace, rhetoric over logic, hooliganism over debate, armaments over arguments, muscle power over brain power, bloodshed over tranquillity, animosity over brotherhood, and opportunism over hard work?

Barbaric, subhuman, illogical, wanton, bigoted... the list can go on.

On May 2, the right-wing activists who tried to barge into the campus of Aligarh Muslim University (AMU) to demand the removal of a portrait of Pakistan founder Muhammad Ali Jinnah, can be classified into any (and all) of these.

Much has been written about the history of Jinnah’s portrait that has been hanging for more than eight decades on the walls of AMU’s students’ union office. The room also houses portraits of other life members of the union such as Mahatma Gandhi, BR Ambedkar, Jawaharlal Nehru, Maulana Azad, C Rajagopalachari, Jai Prakash Narayan and CV Raman. 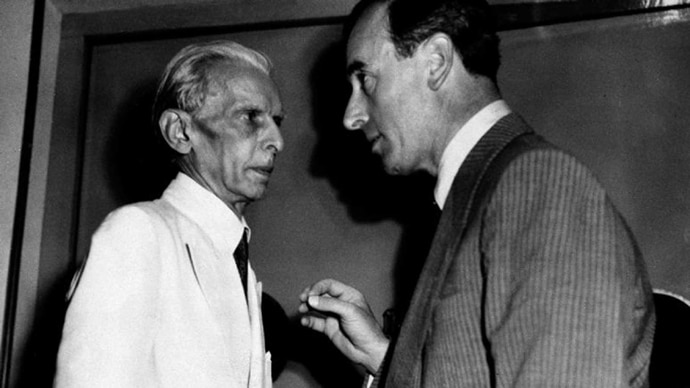 The controversy surrounding the portrait at AMU can be better understood from three questions and the answers we choose to arrive at:

Were the right-wing activists within their rights to demand the removal of the portrait?

If yes, was the method adopted by them to press for this demand the right one?

Should Jinnah’s portrait at all continue to be placed inside AMU’s students’ union office?

The first two questions seek to answer the empirical inquiry of “what is”, while the third question deals with the normative domain of “what ought to be”.

As a matter of fact, empirical inquiries help us better understand the status quo, whereas normative questions enable us to engage our minds in the realm of morals and the end goals of an ideal situation. What may be correct in the domain of empiricism may not necessarily be so when discussed in the normative reference frame.

Without any doubt, the right-wing activists were well within their rights to press for their demand to remove Jinnah’s portrait. Not only is their right to present this demand morally justified, it also enjoys legal validity.

However, it is the method employed to present this demand that turned this into a controversy. If the activists were unhappy with Jinnah’s portrait, the matter could have been brought to the notice of the vice-chancellor, debated and deliberated upon in the student council and AMU’s University Court.

The BJP MP from Aligarh, Satish Gautam had already written a letter to the vice-chancellor and a response was awaited. Why then was there a need for these activists to try and barge into the campus and threaten to forcefully remove Jinnah’s portrait if the student council dares disobey them?

Who are they to do this? With what authority can they pass such diktats? Was this use of physical force the only option before them to raise their voice? Did they make efforts to discuss and debate the merits of their demand in an academic institution?

If not, why so? Does it not then raise questions about there being ulterior motives behind their demand, its manner of presentation and most importantly, the timing?

This brings us to the third question that invites a discussion on the merits of seeking the removal of Jinnah’s portrait.

One that should ideally have been debated passionately at an open forum in AMU, preferably followed by a vote. The better set of arguments would have prevailed, and the demand of the right-wing activists would have been addressed in the most amicable manner that befits an institution of learning.

What a wonderful sight it would have been even to just see this take place!

The right-wing activists may have their set of arguments in favour of removing Jinnah’s portrait. But since they have not presented them at any formal platform, it is our misfortune that we can’t study them objectively.

Understanding their stand from what has been reported in the media, it is apparent that the crux of the demand lies in the fact that Jinnah was responsible for the Partition that resulted in the death of more than two million people, displaced more than 10 million and left millions of others maimed, orphaned and traumatised.

He is rightly hated and denounced for his two-nation theory after falling prey to the divide-and-rule policy orchestrated to perfection by the British.

Hate Jinnah for these reasons? Good. So do I.

But where I disagree is the demand to remove his portrait.

Removing his portrait will be a step towards erasing his sins from our memories.

For instance, it will be grave injustice to the Jews if Hitler and his regiment of brutish beats are allowed to be quietly forgotten by dismantling and disposing off things and places related to them. Their barbarity must be known and serve as a reminder of the dehumanising extent that humans can fall to.

The same is true for Jinnah. He has much blood on his hands that he cannot be allowed to be buried peacefully into the dusty unvisited pages of history, just 70 years on.

By demanding the removal of his portrait, the right-wing activists are in effect playing into his hands. They are falling to the same trap that Jinnah weaved before 1947.

That the right-wing activists preferred to listen to the voice of hatred that emanated from Jinnah over the voices of reason and logic that came from Gandhi, Ambedkar, Azad, Nehru, JP and others, all in the same room, is a testimony to the fact that Jinnah is still very powerful.

Today, he is perhaps more powerful than Hitler, Mussolini and Stalin put together. Unlike these three mass murderers, Jinnah’s name continues to evoke an active hatred, which given a chance, will not take minutes to transcend into bloodshed.

Make no mistake, Hitler, Mussolini and Stalin are hated too. But it is unlikely that today, people will spill blood in their names.

Jinnah’s portrait in AMU cannot inspire any rational student. Nor can his so-called contribution to the freedom struggle be an excuse to pardon him for the bloodshed called Partition, in whose creation, he played the most important role.

Let his portrait remain there — hanging on that wall in AMU — to remind every visiting student that this is not something that he/she has to be. Removing his portrait will rob us of this opportunity.

#Communalism, #Partition, #Right-wing, #Muhammad Ali Jinnah
The views and opinions expressed in this article are those of the authors and do not necessarily reflect the official policy or position of DailyO.in or the India Today Group. The writers are solely responsible for any claims arising out of the contents of this article.