JNU compulsory attendance: Why must we deal with this farce?

Decision-makers must understand it is very difficult to build a university, but much easier to destroy it.

The Jawaharlal Nehru University (JNU) was set up based on the JNU Act of 1966. It was different from most universities from its inception. For example, it was a very "open" university with close ties between the students and faculty.

For many years, students participated in the process of overseeing the admission forms for entrance to the university. Although this process was dispensed with in 1983, the student-faculty committees continue to function to resolve any problems relating to academics and the administration.

It is often not recognised that JNU is also known for its "openness" in political issues, and until 2016, for its flexibility. Some outstanding vice-chancellors contributed to this process. The first vice-chancellor, G Parthasarathy, a renowned diplomat, was highly accessible to students, faculty and staff alike. Starting with him, discussions on attendance were swiftly settled.

About 50 per cent of the total academic weightage was for sessional work. That would include term papers often presented in class, surprise tests, mid-semester examinations, book reviews, often accompanied by intense discussions.

So, there have been no questions about slackness in sessional academic work, until  the current debate. This critical factor has been pushed under the carpet in false arguments articulated by vice chancellor M Jagadesh Kumar, who is completely at sea about JNU’s innovative teaching methods and academic culture. 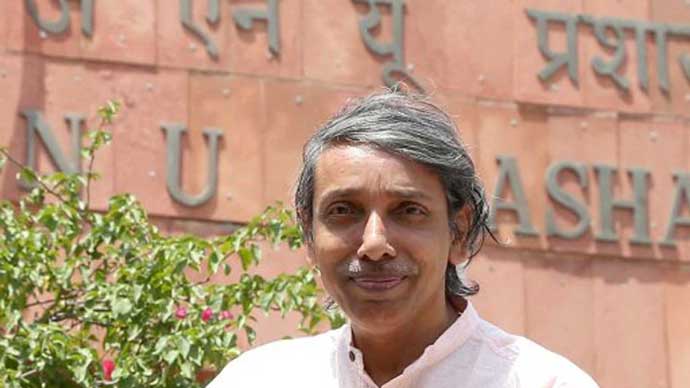 It is an exaggeration to claim that JNU is a stridently Left-leaning university. There are several Left groups, but also the ABVP, NSUI, and independent student groups, among others. Apart from G Parasarathy, Dr BD Nagchowdhury, an eminent nuclear scientist in the defence sector, had also served as a vice-chancellor in JNU. Prof YK Alagh, a prominent economist, later became a minister of state in the then Union government. Earlier KR Narayanan, also a much-loved vice-chancellor, went on to become the president of India. There was also heterogeneity among the students.

Prakash Karat and Sitaram Yechury became leaders of the CPI(M), while Nirmala Sitharaman became the current defence minister. Anand Kumar, a retired professor of sociology at JNU, became a leader in the Aam Aadmi Party. DP Tripathi became an NCP MP. Harish Meena, a former DGP, Rajasthan, has become a BJP MP. So, like many universities worldwide, JNU is also known for its diversity as well as academic excellence.

Throughout its existence, JNU has been highly rated. It has been considered as one of India’s top universities. The Indian Institute of Science, Bangalore, and JNU have often vied for the top position. Even in the last assessment, the National Academic Accreditation Council (NAAC) awarded JNU an A++ rating. So, there is clearly no basis to the JNU administration’s claim that compulsory attendance is necessitated to counter a fall in academic standards.

In any case, there has been no compulsory attendance from 1972 to 2017. During this entire period, JNU's ratings were high. Further in many universities, including the Delhi University, attendance at the MA level, is not taken too strictly.

In BA, 60 per cent attendance is a norm, and can drop to as low as 40 per cent. In JNU, 75 per cent is being forcefully implemented, with the threat of serious punitive measures, even for part-time courses.

How did this draconian measure come in? There was no discussion in the JNU Academic Council. The VC and his team misrepresented the minutes, as no representative discussion was attempted. The rewriting of minutes by the vice-chancellor and his supporters of discussions in statutory bodies, is not a first-time event. It is an ongoing process.

Prof M Jagadesh Kumar, who is an electrical engineer whose function was to be the timetable-in-charge in IIT-Delhi, believes that his slender experience should be transmuted into an authoritarian administration, in defiance of the JNU Act and statutes, and all that the JNU has stood for many, many decades.

It is for the Indian public, education administrators, the University Grants Commission, and secular parties, as well as the common man to decide whether an outstanding university should be scuttled by political, partisan and petty considerations. It is very to build a university, but much easier to destroy it. But is that what decision-makers want? To deprive even more students of a high standard of education?

#Compulsory attendance, #M Jagadesh Kumar, #Vice-chancellor, #JNU
The views and opinions expressed in this article are those of the authors and do not necessarily reflect the official policy or position of DailyO.in or the India Today Group. The writers are solely responsible for any claims arising out of the contents of this article.