John Chau was not a criminal, he believed in Bible, unlike you half-believers

A 26-year-old tried his best to save a dozen or so people from eternal hellfire and lost his life in the process. And how did the conscientious class react? We called him a criminal, a genocidal idiot and mischief-monger who got his just deserts on an island.

In making repeated criminal forays into a forbidden island to convert a vanishing tribe to his religion, the American missionary showed the ease with which one can break Indian laws and dodge onshore and offshore security, according to his own diary notes. https://t.co/FSm0WVkzCJ

Talk of speaking ill of the dead whose remains won’t be found!

Suppose your neighbour is a certified a-hole, always hostile and never welcoming to your hellos. One night, you see a fire building up on the floor below him, sure to consume the neighbour and his entire family. What do you do? Ignore it and go to sleep? Or ignore the a-holesome past and alert him in time?

Chau did only that. Being a true believer, he believed that people who do not accept Jesus as the lord and saviour will burn in hell and burn for eternity. Imagine the pain and suffering of burning and burning forever.

He is not a tourist, he is a preacher, went to convert inhabitants; why are you misstating and covering up? Read the Washington Post article https://t.co/fED7vlu61C

People have been near the island. One researcher in fact gave them gifts that the Sentinelese readily accepted. Most educated people agree that the Sentinelese may not be immune to various germs we carry. And Chau could have ended up committing a genocide by mixing with them.

But even in the ghastliest murders, intent is key. Here, his intent was not to kill but to save.

Now, you can say that the eternal fire and hell are just fantasies and Chau was wrong. You are right. Congratulations. Now apply the same logic to the over-religious idiot in your vicinity who gets away just because he commits genocide of only brain cells of the impressionable by preaching absurdities at large gatherings. We allow these idiots to beam into our living rooms. There are channels dedicated to save us from hellfire and provide us in the afterlife the luxuries that these preachers enjoy in this.

If you believe that there is god and heaven, you know hell is not a pleasant place. And if you truly believe so, you must not be selfish and go to heaven while letting others go to hell. Be a man and take people along. At least friends, yaar.

This is where proselytisation sounds such a good thing.

Either you are a half-Christian who sort of believes in these things and doesn’t believe totally. The same goes for Muslims. If you know your friends from other communities are hell-bound, being a friend, you would at least try to convince them to get back on the pathway to heaven. You have been playing a good boy by not hurting the other’s sentiments, but the road to hell, we have been told, is paved with good intentions. If you are religious and have not been proselytising, you clearly are not sure about your path which you have not chosen anyway. 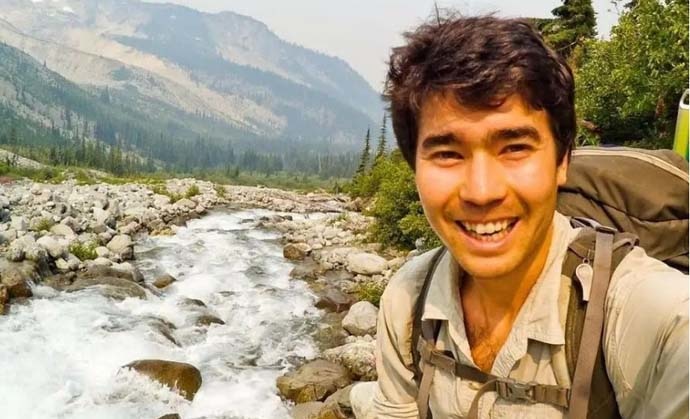 Being a true believer, Chau believed that people who do not accept Jesus as the lord and saviour will burn in hell and burn for eternity. (Photo: Reuters)

What Chau wanted to do on an island, we do in our homes all the time. We indoctrinate little children from such an early age that a Muslim man’s son grows up to be, don’t wait for it, a Muslim and a Hindu’s son grows up and doesn’t have to realise that he’s Hindu from inside. Hindus are more precise, down to the caste level. If you look closely, you will find that you are a Christian because your parents were Christian. It’s such a coincidence that our parents pass more than just genetic defects and cancer probabilities.

That religion is a sexually transmitted disease is a ridiculous suggestion. It happens after birth, so the STD argument is ruled out. It looks hereditary, but is not. We perpetrate and perpetuate this by not allowing children to choose their hells for themselves. Instead, we take a boat and row on to the shores of their virgin minds and introduce them to our waterproof Bible.

Unlike the Sentinelese, our children are not armed with arrows and we take advantage of that.

If you are not a Christian and you can read this piece, you have not accepted Jesus at your own risk. You have sure heard of him. John Chau risked his life and made the ultimate sacrifice to ensure the Sentinelese do not end up in hell only because nobody told them.

I know being a conscientious and morally correct citizen of a modern world, you detest proselytisers like Chau. That’s super. But the ones who believe in religion (yes, the full-blown Christians and Muslims and Hindus and Jews) and do not proselytise are worse than him. They want to go to their exclusive heavens and hells while not taking people from other communities along. How selfish!

John Chau’s mistake was that he was a true believer. He believed the Bible is God’s guide to the galaxy. He was not a hitchhiking cherry-picker who thanks the lord for the bread in Bhubaneswar and doesn’t curse the lord for children starving in Kalahandi. He was not the one who takes the good verses literally and the violent ones as metaphors appropriate for a certain time and place. He certainly wasn’t shrewd and street-smart religious. He was a fool. But a bad guy, he wasn’t.

He was not an idiot, he just needed to unbelieve. He did not do anything that you don’t do to your loved ones. You can reject Chau’s worldview, its concepts of a divine and the magic forms of belief, entirely. Do you want to reject yours? The Sentinelese will inbreed to self-annihilation anyway. Pray for them. Taking a boat is not a good idea and requires Chau’s devotion, courage and conviction. Pray from the comforts of your home. Pretend to be lovin' the lord. Hallelujah.

Also read: Killing of US missionary John Chau: How the US media missed the most crucial point