The Sentinelese are not 'White Man's Burden'. Neither is the world

The project to convert Sentinelese was not a solo enterprise by Chau, but was a part of a global effort to spread Christianity across the world.

The recent tragedy involving American missionary John Allen Chau, feared killed by members of the Sentinelese tribe on their off-limits North sentinel Island in Andaman, reminded me of a poem 'White Man’s Burden’ by the legendry writer Rudyard Kipling, published over a century ago. The unfortunate incident, in a remote corner of India, explains what has been, and is, wrong with the world and sums up the reasons as to why humanity, since aeons, has been at war with itself. 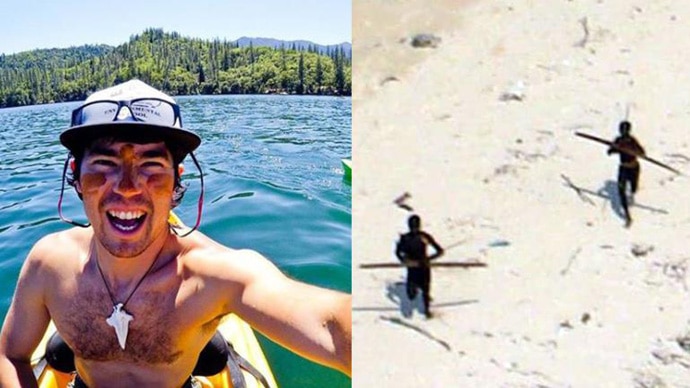 It was the ‘White Man's Burden’ that set Christopher Columbus to sail in the fifteenth century from Europe to the far away unknown land, now called the US, and embark upon a course that resulted in the complete destruction of the local culture and near extermination of the original habitants of the land.

In keeping with the Christian motive underlying his mission, Columbus said after landing, “I knew that they were a people to be delivered and converted to our holy faith rather by love, than by force.”

Nearer home, Saint Francis Xavier landed in Goa in 1542 and unleashed forces marinated in ‘faith’ to hunt Hindus and Muslims and wreck the native traditions.

In 1546, the King of Portugal issued an order to forbid Hinduism, destroy Hindu temples, prohibit the public celebration of Hindu festivals and expel Hindu priests. 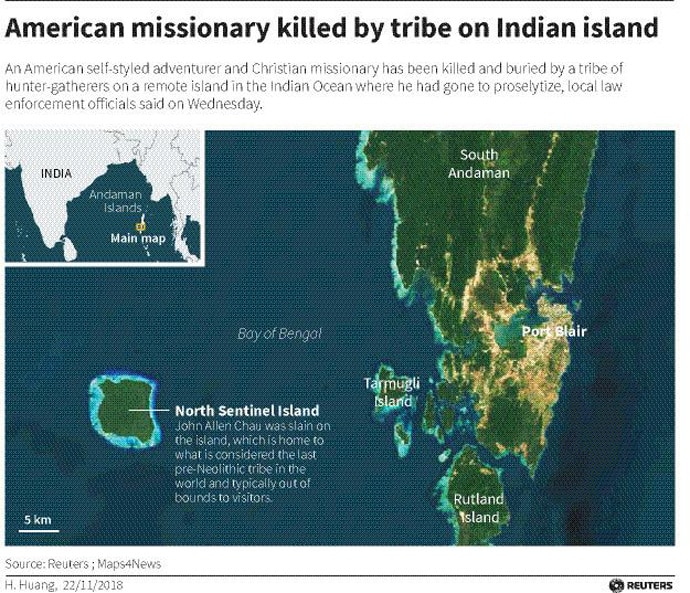 The project to convert Sentinelese was not a solo enterprise by Chau.

In an introduction to a coffee table book Houses of Goa, Heta Pandit and Annabel Mascarenhas wrote, “For the next two hundred and sixty years, mass conversions became the norm and churches rose where temples once stood. Hindu priests were prohibited from discharging their religious duties and even banished, their properties confiscated if they did not leave within a stipulated period.”

Apart from the objective of robbing India of its fabled wealth, East India Company’s bid to colonise the country was partly triggered by its belief in white supremacy and western cultural imperialism.

The British Government established an Ecclesiastical Department to manage Anglican affairs and to disburse funds allocated for supporting the Church in India.

Kipling’s (famous or infamous) work, a seven-stanza poem, ‘White Man's Burden’ was about the Philippine-American War, in which he called upon the US to assume colonial control of that country.

Subsequently, the phrase ‘The While Man’s Burden’ became an euphemism for justifying imperialism and cultural colonialism.

It was a ‘realisation’ on the part of the white race of their ‘divine’ obligation to subjugate and ‘reform’ non-White and non-Christian races.

What was the motivation for 26-year-old Chau, to leave the comforts of his home in the US and make repeated visits to the forbidden island?

He underwent an intensive and somewhat “secretive” three-week missionary training camp, organised by an America-based Christian evangelical organisation, ‘All Nations’ to which he belonged.

The training was aimed at equipping Chau with the skills needed to help him infiltrate the island and make himself acceptable by the targeted group, and subsequently to lure them to Christianity.

A report on this episode, published in The New York Times (NYT) quoted the Book of Matthew, in which the resurrected Jesus says: “Go and make disciples of all nations, baptising them in the name of the Father and of the Son and of the Holy Spirit, and teaching them to obey everything I have commanded you.”

Several of Chau’s friends told the NYT that more than anything else, it explained why Chau did what he did.

The project to convert Sentinelese was not a solo enterprise by Chau, but was a part of a global effort to spread Christianity across the world.

One of the people arrested in connection with the case — a Port Blair resident named Alexander, who is referenced in Chau's notes as ‘A’ — told the police that two other US citizens had held several meetings with Chau at a ‘safe house’ in Andaman between November 5 and 10.

In a statement, 'All Nations' described itself as committed to preparing Christians to share the gospel and establishing churches in parts of the world where the name of Jesus Christ is little or not known.

Chau has been described as “a gracious and sensitive ambassador of Jesus Christ who wanted others to know of God’s great love for them".

It is established that Chau had undergone a ‘secret’ training in the US, bribed local fishermen to ferry him to the forbidden island and had broken a number of Indian laws to serve as a “gracious and sensitive ambassador of Jesus.”

With such “servants” in his service, can even God ensure a peaceful world?

Also Read: John Chau was not a criminal, he believed in Bible, unlike you half-believers

#Culture wars, #Christianity, #John chau, #Sentinel island
The views and opinions expressed in this article are those of the authors and do not necessarily reflect the official policy or position of DailyO.in or the India Today Group. The writers are solely responsible for any claims arising out of the contents of this article.