I feel a deep sense of loss and an eerie sense of resignation.

The fanfare around the Karnataka election results has subsided. Ordinary citizens across rural Karnataka, who took the trouble to turn up to vote, have dropped their jaws in disbelief, having watched two arch-rivals most of them didn’t vote for join hands to take on a third contestant that most of them indeed voted for.

On the other hand, citizens in the urban mess called Bangalore, who didn’t bother to turn up to vote too sat on the edge of their seats while the drama unfolded last week, as everyone — from failed actors to thriving news anchors — waited with bated breath to know who would play this smarter. 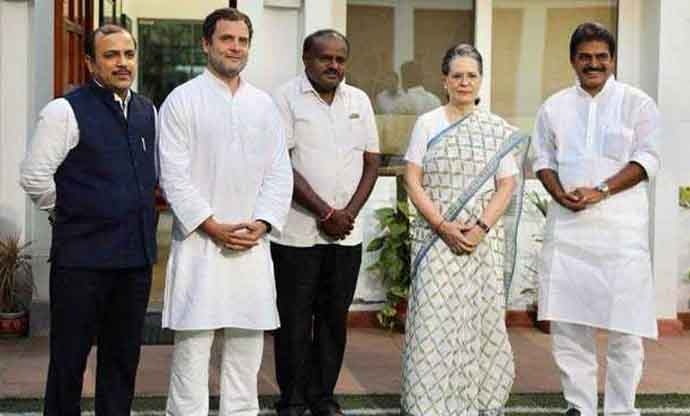 Yet, both of them carry a similar sentiment from the way this election has played out — a deep sense of loss, and an eerie sense of resignation.

In my last column, “Who are the millennials of Karnataka voting for this election?”, I used the phrase “…democracy was tucked under our beds during this election” without thinking much about its far-reaching implications.

I was referring to the acute lack of discussion around issues that mattered most to the people of Karnataka in the campaigns run by all the parties who sought a winning mandate this election.

I now see the phrase as a benevolent adjective, for democracy wasn’t merely tucked under the bed, it was covered in ballot papers and flushed down a public toilet. While the BJP managed to emerge as the party with the highest number of seats in the House, and the Congress as the party with the highest vote share, Karnataka will be governed by HD Kumaraswamy, a chief minister who belongs to neither.

With only 37 seats out of 221 declared so far and a vote share of merely 18.4 per cent, Kumaraswamy is leading the government. I would keep aside whining for a moment and rejoice, because the party that gained the best out of an extremely communally polarised election campaign at least has a symbolic S for “secular” in its name.

It would be naïve for anyone, be it a millennial or a septuagenarian, to believe that post-poll alliances or MLA horse-trading reflects an erosion of morality among our new political class. It would be equally unfair to expect people in any profession, not just politics, to not make optimal use of circumstances to increase their own payoffs by holding high an archaic sense of righteousness. That said, the problems with the current outcome here are twofold — one, this mandate leaves disillusioned those who voted, more than 80 per cent of who had not chosen the JD(S); and two, it vindicates those who never bothered to vote, for their feeling that their choice would not have made any difference proved right.

Our young citizens, who have increasingly become disenchanted with the ways in which our democracy works, now snap their fingers at me and shout, “I told you so.”

If the way our leaders us — be it elected MLAs or selected governors — have behaved in the last couple of weeks has disheartenedthe way our TV media behaves would only have driven us to depression.

Nearly every channel ran hate mongering shouting matches designed to pamper predefined ideological allegiances. On the one hand, pro-BJP channels lamented over the Congress attempting a backdoor entry even after having lost an election fair and square, muting out any speaker who muttered words even remotely sounding like Goa or Manipur. On the other, media that the BJP supporters love to call “liberal” tacitly made the case for a Congress-JD(S) alliance, conveniently forgetting all the noise that both parties had made against each other during the election campaign just a few days ago.

The colognes that either side of the table wore only carried the whiff of one scent — pure, unadulterated hypocrisy.

The polling rate was lowest in Urban Bangalore, which is, beyond doubt, economically, culturally and sociologically, the most advanced region in the state — averaging at lesser than 48 per cent. Every discourse I’ve read this far only puts the blame on citizens of the city, explaining how they had no right to lament over the shoddy state of affairs regarding infrastructure, town planning, drainage or public amenities when more than half of them had not even bothered to cast their vote.

But for most from my generation, now in their mid-20s, whose education had precious little to do with the modern political history of post-independent India, the traditional ways in which our caste-driven politics works appear as alien as a foreign language.

I’m unsure if the next generation of voters, particularly the rapidly burgeoning urban middle class, would want to make their choices looking at surnames that reveal whether a candidate was a Vokkaliga or a Lingayat.

Sadly, none of our major parties gives young citizens that option. I might sound naïve, but trust me, this is the rationale which drove a majority in that 52 per cent urban Bangalore electorate to not vote.

A friend of mine who never did would laugh while saying this to everyone who did. “And what difference did it make?”

This time, everyone who voted has been left speechless, for it has really made no difference. It only seems absurd to see a post-poll alliance of convenience — where voters were tricked into believing that they were opponents — being celebrated as a “victory of democracy”; and it only seems ridiculous to see the acceptance and brazen endorsement of horse-trading and corruption as “an art form”.

While hearing Kumaraswamy claim he is indebted more to the Congress party than the people of the state for his CM post, or seeing Ram Madhav proudly proclaim on live television that they would get enough MLAs because they had Amit Shah, the sensation that your vote indeed made no difference only gains vigour.

For once, the only folk who can afford to carry a sense of victory belong to those who never turned up to vote. At least they held on to one of democracy’s oldest virtues: that abstenance and silence are sometimes the loudest form of protest.

The only majority I see now is with them.

#BJP, #Jds-congress, #Millennials, #Karnataka Assembly polls
The views and opinions expressed in this article are those of the authors and do not necessarily reflect the official policy or position of DailyO.in or the India Today Group. The writers are solely responsible for any claims arising out of the contents of this article.