Why I am not buying this ‘spirit of Mumbai’ crap anymore

For you, Mumbai's authorities, have actually tried very hard to trample, crush and walk all over that spirit. If you're trying to kill it, you're doing a good job.

Mumbai is the best place to live in in India — there, I said it!

No other city, no other bunch of people, no other vibe can ever match up to Mumbai, and if someone wants to debate that, well, that would be a soliloquy.

But I am also tired of being sold the 'spirit of Mumbai' crap!

Yes, Mumbai has a spirit — and it is bloody intoxicating. She has a strange capacity to regenerate — like skin cells — and make it right, each time she is hit.

And she’s hit a lot.

Last evening, television news channels cut from cyclic and psychedelic debates about how to ‘get’ Masood Azhar — a utopia, if you ask me — to the reality of a foot overbridge collapsing in Mumbai. The bridge — connecting the north end of platform no 1 of Chhatrapati Shivaji Terminus (CST) to the footpath on the other side of DN Road, where The Times Of India building stands tall — had given way, leaving six dead and over 30 severely injured.

CST is the busiest station — and that is the only bridge to get out of that station, apart from the dingy gas chamber-esque subway at the front of the station. The CST bridge collapse isn't terrorism inflicted from outside. What are we doing to fight these internal attacks? (Source: Twitter)

My immediate reaction was to check on my friends who work in that building, who I know invariably take that bridge — as I did. Several frantic calls later, I was relieved they were safe. There were still six who weren't though. Regular commuters, probably just heading home on a regular Thursday.

Last monsoon, on a particularly bad day, we had to stay back in office because venturing out in that kind of rain wasn’t safe — no, it’s not a big deal, people do that very often in Mumbai, offices know that rains are the only thing that can truly bring Mumbai to a stop. The roads under our office building were flooded, cabs refused to move, desperate commuters still trying to get from one end to another — we knew that because we could see their red, black, blue umbrellas move, like in a game of Pacman.

One unfortunate man fell into an open manhole in Parel, got sucked in, dragged under, drowned, and spat out from another tunnel in Sion, we read in the papers the next day.

He was a doctor — and the only mark of identity left on his bloated, almost mangled body was a watch.

Less than a year ago, the East-West bridge connecting two important parts of Andheri collapsed, halting both train movements underneath and traffic atop. A little girl was heading home from school, her mother trotting behind her as she hopped ahead — the bridge collapsed behind her. The mother didn’t survive. Could this be the last step for a Mumbaikar? (Source: AajTak.com)

Over a year ago, a stampede on the Parel–Elphinston railway over bridge left hoards stranded for hours, with absolutely no way to escape. Their only way out was to jump onto the train tracks and risk being squashed by approaching trains — even that was less of an option because of the sturdy nets used to cover up the sides of the bridge to avoid accidents.

None of these are the doings of any terror group.

No air-strikes can be launched in retaliation.

No Geneva Convention will cover this.

These are the terrors — the horrors — a regular Mumbaikar lives with every day, not knowing if the next step they take would be their last one.

And the worst thing that can happen then — thanks to the bane called social media — is the trending of the hashtag #SpiritOfMumbai.

Nope. I am not buying this crap anymore. And neither should other Mumbaikars.

For you’ve actually tried very hard to trample, crush and walk all over that spirit. Every time the Brihan Mumbai Corporation (BMC) sets up teams to ‘look into’ the evaluation and maintenance of infrastructure and that team has apparently pocketed all the money, you’ve crushed our spirit.

Fun fact: That foot over bridge in CST, known as the 'Kasab bridge' for a photograph taken of 26/11 terrorist Kasab on that bridge that ultimately led to his conviction, is ‘repaired’ four times a year — we found out last evening how that went. 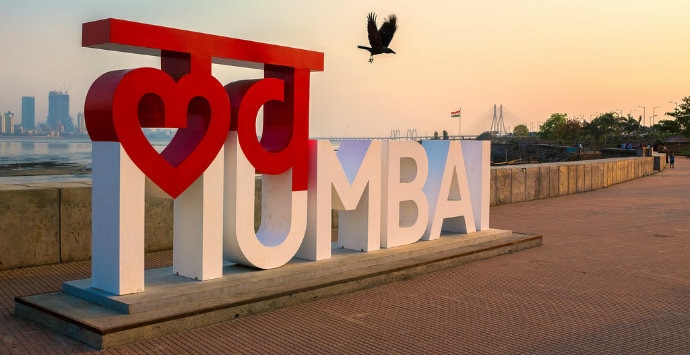 Do us a favour, don’t remind us of our undying spirit — as if only to sprinkle water on our faces to wake our ailing bodies up and then, wham us on the face again for sadistic pleasure.

Don’t turn our resilience into a social media spectacle.

Don’t kill us, bring us back to life, and then kill us again.

Someday the spirit of Mumbai will die — along with the city.

Post your comment
#Kasab bridge, #Mumbaikar, #Mumbai spirit, #Mumbai Rains
The views and opinions expressed in this article are those of the authors and do not necessarily reflect the official policy or position of DailyO.in or the India Today Group. The writers are solely responsible for any claims arising out of the contents of this article.