From a young reporter, with love and respect.

An old clip of senior journalist Barkha Dutt is circulating on social media, escalating a bitter confrontation between her and another journalist, Rahul Pandita.

The fake news industry and the business of shaping opinions in a particular way has existed from much earlier times than we realise. Here’s a great example. https://t.co/6hSHOAI74a

The joke really is on a certain journalist who likes to be Right Wing by Day and Left Wing by night and is generally crazy and phobic :) https://t.co/QjrmZz9RR6

Her Piece to Camera (PTC) for an earlier show refers to Kashmiri Pandits as "elite", "monopolizing jobs", which created "discontent with a poor Muslim" majority. The context leaves it for viewers to decide why Hindus were thrown out of their homes in Kashmir.

While the fact-checking website Altnews decided to stand with Dutt, saying this was simply a clip of a longer program, I choose to support Pandita's version.

At the time when Kashmiri Hindus had no voice on public platforms — ranging from news media, civil society to the political establishment — for a TV journalist to apparently claim that discontent against Pandits was because they "monopolized jobs" was a deeply distressing and dangerous remark.

Much has changed since.

However, initial statements made by reputed voices were believed and added to a narrative that already boasted of strong inclusion from secessionist groups.

This specific clip, though countered by one, was ironically shared also as 'evidence' by pro-Jihadi groups. So, it wasn't only a "Hindu-right wing" person using a brief clip to make a point. He merely got noticed.

I condemn the negativity and abuse Dutt is being slammed with as this has taken away from a possible dialogue. Social media is a tough space to be in but I hope we use it for constructive criticism and improve the quality of our work.

When the video surfaced, I expected Barkha to acknowledge the comment's insensitivity and move on. Hindsight makes us humble as we evolve with experience. She chose to defend, instead, and elaborate about adding possible layers.

This was not the first time I heard a vague response when the exodus issue is pushed.

I knew then that I had to pen down my view.

The show focussed on Hindus in exile but treads on a cautious path. While interviewed subjects express their homelessness away from Kashmir, the context is not given, yet.

At this crucial juncture, the reporter makes a presence on the frame and says, "In fact, history has turned full circle for the Kashmiri Pandits. Today hapless victims, they were once privileged elites of the valley. They may have been a minority but at that time, they had monopolised government jobs, plum postings and other such social benefits…"

There is no source or reference quoted to revealing this remark suggesting class discrimination.

In fact, this remark will be an aha! moment to the confused, curious viewer. Words like 'elite minority', 'monopoly', 'rebellion' and 'exodus' fit into a perfect narrative commonly used in India's selective intellectual discourse - Brahmins are supposed to be ridiculed for their privilege, never supported for their pain.

If Dr Shakti Bhan clearly says in the show that monetary position isn't even an issue, then why the effort to focus on it?

Who could have possibly told the young correspondent about the jobs-monopoly theory? Perhaps a trusted expert, a friend? Probably the same individual who mentioned the Jagmohan conspiracy rhetoric? Jagmohan was blamed for the Pandit exodus from Kashmir — but was that fair? (Source: India Today)

Each reporter speaks to sources on the ground to receive some background, especially in the early years of one's career. But why did she choose to add this specific aspect to speak on air about a sensitive issue, among all possible references?

The piece to camera or 'PTC' is an important part of a reporter's project. It binds narrative, provides perspective or leaves a solution while raising questions.

Here, a PTC reminds you of personal friendships between communities (despite the class discontent?). Now, "there is apparent hatred due to politics" (but considering only angry Pandits' bytes are included till the first half, whose 'hatred' is referred to here?)

The show is significant, a first of its kind and empathetic, but its on-camera monologue is straight up embarrassing. While the program was on the homelessness of a persecuted minority, its binding force seemed quite the opposite.

Kashmiri Hindus, largely, remain an educated community and before the 1990s, were euphemistically known as school teachers or working in government service, as professionals - jobs they received likely due to the education they had managed to get.

That does not mean all of them were rich or thriving elites. Many refugees I met in Jammu camps had fled from villages. They had ancestral wealth but no power. 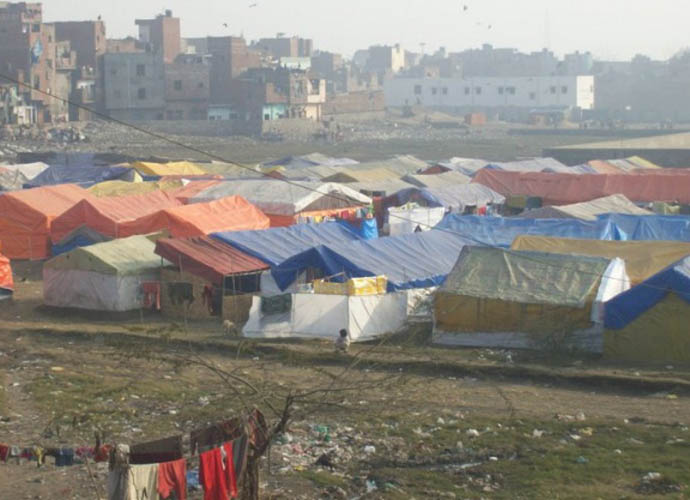 They didn’t deserve to lose their homes and roots. No one does. (Source: Twitter)

For that matter, the Jews in Germany may have been a 'privileged elite'. Did that call for a possibly discontent majority to raid them out?

Barkha Dutt went on to become a successful name in the TV news industry, a correspondent travelling consistently to Kashmir.

Hence, her view turned even more worthy of consideration.

Like most young girls, I was also inspired by Barkha Dutt. If she could cover a conflict, I could too. Even today, I appreciate her energy. Her presence made it easier for many women to enter TV news.

But the difference today is - I am not starry-eyed anymore.

I support Barkha when she says she was a young reporter and since then would have the experience to add to her analysis. I hope she would also realise how difficult it was for Kashmiri Pandits to even form a voice in the mainstream media narrative - only possible now due to their own campaigns, supported by a few journalists emerging in TV news.

About 10-15 years ago, there were no Kashmiri Pandit panellists on TV discussions. Kashmir was constantly in the news - but the views of the displaced minority were never a priority.

At best, a footnote.

In the TV studios, barely a few years ago, the Hurriyat's Syed Ali Shah Geelani and JKLF's Yasin Malik were invited as prime-time speakers - as if they were revolutionaries or reincarnation of Che Guevara. No, honestly, he's not the Che Guevara part-two.

Victims of their ideology would be seated in the audience, expected to pose one question - politely asked. A counter would often get rebuffed.

Propped-up Kashmiri Pandits were invited, who would narrate how 'secularism' existed before and after the exodus.

In universities, the discourse was similar. It was largely around the Army apparently mistreating Kashmiris, with references to majority Muslims.

When I first stood up to confront a propagandist college teacher on this issue, I found no support. Most classmates were unaware of the tragedy that had befallen Kashmir's Hindu minority in the 1990s. The issue was never touched. My confrontation was not appreciated by the guest lecturer and I realised this would not be easy propaganda to counter.

Arundhati Roy, a globally known and reputed author, also began to empathise largely with protesters calling slogans for Kashmir's freedom. In 2011, she shared a stage with Syed Ali Shah Geelani, nodding to his communal rants. The hall was reverberating with separatist sloganeering. 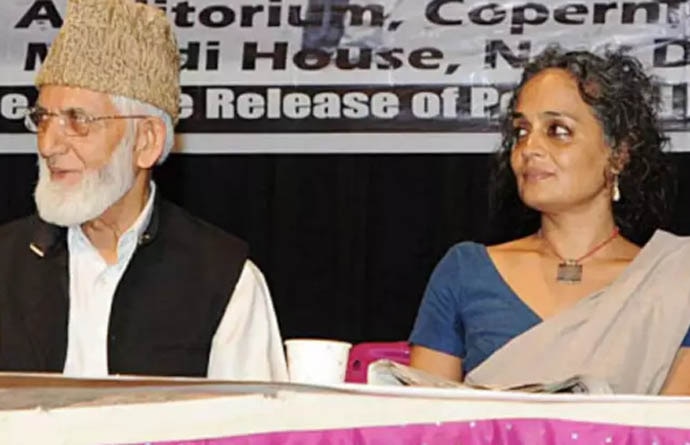 Such warmth wasn’t shown to the truly oppressed, Kashmiri Pandits.

Never had I witnessed the same support for the Hindu and Sikh minorities.

Perhaps this is where journalists like Pandita are required — to place a counter to popular narratives, which often ensures an absence of another important perspective. Pandita's book Our Moon has Blood Clots is path-breaking in this regard.

Neither have I suffered the turmoil as Pandita did, nor do I have the expertise of Dutt. I do, however, have enough experience to know the responsibility needed in reporting from a conflict zone — especially where minorities have been ignored, for far too long.

#Kashmir crisis, #Rahul pandita, #Barkha Dutt, #Kashmiri Pandits
The views and opinions expressed in this article are those of the authors and do not necessarily reflect the official policy or position of DailyO.in or the India Today Group. The writers are solely responsible for any claims arising out of the contents of this article.