How to solve India's rape problem

In India, where the chastity of a woman is glorified, rape becomes a means to humiliate not just women, but also entire communities.

Sadly, in India rape has become so common that only the particularly most violent and bestial ones shock us. Once again, a livid nation comes together, groping in the dark for answers. It is almost impossible to not take an impassioned view about a social problem of almost epidemic proportions. We often think of it being about power and dominance, and not about sex. 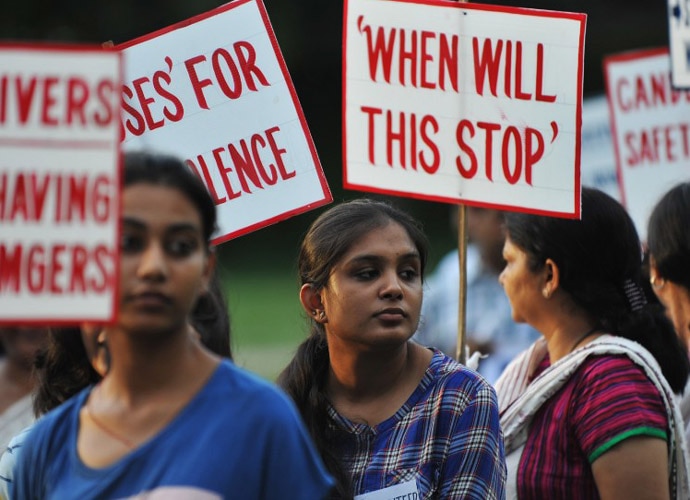 The assertion that rape is about power and dominance, became popular after the American feminist journalist, Susan Brownmiller, published her seminal work, Against Our Will, in 1975. Since then, this view has almost become a dogma. As convincing as this assertion is, there has been no empirical evidence to corroborate her claim.

Their claim is based on examining eight years of data on rapes and sexual assaults, amounting close to 250,000 cases. They argue that most of the victims are young and the most vulnerable are girls aged about 15 years. Their study reveals that 15-year-olds are about nine times more at risk than 35-year-olds. The number of victims aged 50 and above is almost negligible.

Further, they analysed cases where females were victims of robbery and looked into whether they were sexually assaulted or not. In cases where the victims were young, it was more likely that they were sexually assaulted - the most likely age group being between 15 and 29 years. This finding is important because they hypothesise that since the robbers have already established their domination, their motive to assert power is removed. They also add that homosexual men have as high an offense rate as heterosexual men, thus implying that power and dominance over women is not necessarily the prime motive. In short, they assert that most rapists force victims to have sex because they want sex.

When the horrific rape of the little girl in Kathua is viewed from this perspective, to an extent it does make sense. If the motive of perpetrators was to assert power and dominance, they would have done so by killing her. But as the police say, one of the accused was called from Meerut to "satisfy his lust" and also that the little girl was kept alive so that another accused, a policeman, wanted to do it "one last time".

However, human behaviour is unfathomably complex and driven by a multitude of factors. The causal factor cannot be pinioned to merely impulsive behaviour. Clinical psychologist Nicholas Groth, categorises rape into anger rape (where the goal of the rapist is to humiliate), power assertion rape, (to compensate for a deep-rooted sense of inadequacy) and sadistic rape (infliction of pain itself is eroticised). Groth states that sadistic rape usually involves extensive and prolonged torture and often the rapist may insert a foreign object into his (or her) victim. As such, the motive of wanting to inflict pain as retribution cannot be ignored. In a patriarchal country like India, where the chastity of a woman is glorified, rape becomes a means to humiliate not just women, but also entire communities.

It is therefore extremely mindboggling to understand the motives of rape and the underlying factors that contribute to the culture of sexual violence that our society is grappling to contain. Every time our country is nudged into shame by a horrific rape involving torture that make the medieval times seem mild, there are calls for retributive justice, which most commonly include castration as a deterrent. However, data from countries that have implemented chemical castration doesn't attest to its effectiveness as a deterrent. In fact, the justice JS Verma committee, which was formed after the Nirbhaya case in 2012, stated in its report that castration is an ineffective solution to the "social foundations of rape".

As a society we can confront this problem only when we talk about it openly and dispassionately. Only through enlightened public discourse can we arrive at a consensus on what is deviant behaviour that needs to be called out and discouraged. For as long as we are driven by emotions, we will at best only grieve, but not find solutions. In cases of rape, there can hardly be any "justice", reformatory or retributive, because the victim is scarred for life. What we can do as a society is find ways to rehabilitate victims. And we must endeavour to curb rampant misogyny.

Perhaps the PM can lead the country by example and start unfollowing abusive and vile Twitter handles, if he wants his promise of delivering "justice to our daughters" to be taken seriously.

Also read: Lawyers coming in the way of justice for 8-year-old Kathua gang-rape-murder victim is a travesty

#Nirbhaya gangrape, #Rapists, #Sexual assault, #Unnao rape
The views and opinions expressed in this article are those of the authors and do not necessarily reflect the official policy or position of DailyO.in or the India Today Group. The writers are solely responsible for any claims arising out of the contents of this article.