If Krishna is an eve-teaser, is Prashant Bhushan a terrorist?

You cannot form an opinion of a literary character or a mythological entity from one incident or one chapter in a book.

Prashant Bhushan is a reputed advocate, not a theologian. Therefore, he should exercise caution when speaking about nearly everything that is outside his immediate circle of law and activism.

In simple terms, he should be careful when speaking about things he does not know of. This can be called the principle of commonsense, which is applicable not only for Bhushan, but for everyone including you and me.

Bhushan made a controversial comment that Lord Krishna was a legendary eve-teaser because he consorted with more than one woman. This came in response to the news about the anti-Romeo squads in Uttar Pradesh, which even without the Krishna mention had already become a topic of discussion.

The comparison is between someone everybody sees as a fictional character and someone millions across the world worship as their god. Here is where the principle of commonsense comes into play - Bhushan was comparing apples with elixir.

In an attempt to clear the air, Bhushan further exposed his ignorance saying we all grew up with legends of young Krishna teasing gopis. He does not make any specific reference to such activities of Krishna, but argues that by the concept of the anti-Romeo brigade, Krishna’s actions would be criminal as well.

There are many theological explanations about the gopis who desired Krishna and the mutual relationships they had with him. Unfortunately, these are not contained in the IPC and cannot be referenced from law books, which Bhushan might be familiar with. The same way the law books are gospel for Bhushan, the scriptures are gospel for Krishna’s followers too. 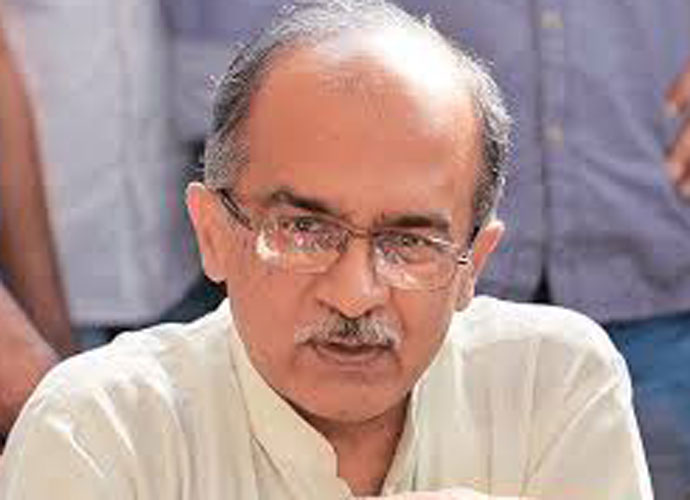 Prashant Bhushan made a controversial comment that Lord Krishna was a legendary eve-teaser because he consorted with more than one woman. Photo: India Today

Any matter of worship is beyond the realm of reasoning and is purely a matter of belief. And being an advocate, Bhushan must know that India is a secular country that allows people to follow their beliefs. Here is where Bhushan makes a grave mistake by making a direct attack on the concept of Krishna, calling him an eve-teaser.

Those who follow Hinduism see an alternate meaning to the Krishna-Gopi relationships. The law cannot determine his actions to be wrong, because by definition, he was not an ordinary human who would fall under the constitutional boundaries, but a superhuman and a god.

Here is where the principle of commonsense makes a re-entry. When you blatantly call a conceptual god of several millions an eve-teaser, your hollowness itself makes its virat avatar, perhaps in a form even bigger than that of the god himself.

You cannot form an opinion of a literary character or a mythological entity from one incident or one chapter in a book. God is a collective of what is written in books, what is practised, what is taught, what is followed, and what is experienced.

It is not like law, Mr Bhushan, where even the most well-bred man becomes a criminal by a single action that can be interpreted by written laws and reasoning.

But, we are a free country where everybody is entitled to hold an individual opinion. So for one moment, if I were to agree with Bhushan that Krishna was indeed an eve-teaser because he consorted with women, would Bhushan blame me if I call him a terrorist for arguing against the death sentence awarded to Ajmal Qasab, and for defending Yakub Memon in the Supreme Court?

By my definition, these were actions where he abetted terrorism, much like how Krishna was committing a crime by consorting with women. The yardsticks - in both cases - are the same, by the way.

#Prashant Bhushan, #Krishna
The views and opinions expressed in this article are those of the authors and do not necessarily reflect the official policy or position of DailyO.in or the India Today Group. The writers are solely responsible for any claims arising out of the contents of this article.