ICJ is no solution, India should make Pakistan bleed for Kulbhushan Jadhav

While most of India is euphoric over International Court of Justice's order staying the execution of Kulbhushan Jadhav by Pakistani military court till further notice, a question not asked very is — whether this is going to make any difference at all in the long run?

Will the ICJ actually be able to stop the execution permanently, if it so desires? What will happen if Pakistan cocks a snook at the ICJ? We will go to the United Nations, say some. There will be sanctions, say others. We will get even tougher, say others (how?). And so on and so forth. Will that make any difference? What happens if Jadhav is already dead? That’s a dreaded question, but a valid one all the same.

Every diplomatic incident hides a larger story that a country wants to tell the world. Here, the incident seems a straightforward case of Pakistan getting hold of an Indian fall guy (he was, in fact, abducted from Iran, say reports) and putting flimsy charges of spying that won’t stick. One has to ask why Pakistan did such a sham job in the first place. It was such a shoddy job that it was prima facie dismissed by the entire ICJ unanimously.

Once again we are missing the wood for the trees because Pakistan cares two hoots for this small picture which seems to have been botched up by amateurs. Our enemy is sticking to the larger story that they are trying to tell the world. 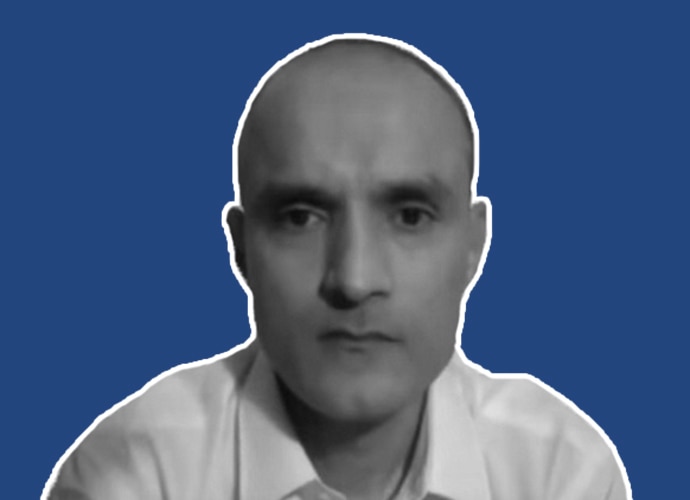 It is time to bring out a big gun for every small transgression.

Pakistan continues to tell fairy tales to the world that they are not training terrorists, they are victims of terrorism, the Kashmir uprising is totally indigenous and they are ready to talk to any number of parties and organisations for peace, and it is only India that is pushing bilateralism down the world’s throat.

That story stays and we haven’t been able to stop them from telling it. Now add Balochistan and Jadhav to the mix and we have Pakistan’s new story it has been telling to the world. Pakistan claims that Jadhav came to Balochistan way back in 2003 to become “Hussain Mubarak Patel”. His naval background was because it would help destabilise Gwadar Port.

Jadhav has been accused of helping Balochi nationalists conducting blasts and he has been officially charged with trying to destabilise the entire China-Pakistan Economic Corridor. What proof do they have for this grand scheme? Virtually zero that will stand up in courts.

So why are they doing it? Because that’s their new story: Gallant China and progressive Pakistan are trying to develop Balochistan while "bad-old" India is trying to stop that by inciting trouble among the locals.

So what are we doing? Nothing much actually except going to the ICJ to prove the innocence of one man while not doing much about the maligning of an entire country. That brings us right back to the only story we’ve told since 1947: That we are a soft state and we will never ever go out of our way to check Pakistan no matter what.

In 1947, we watched mutely as PoK slipped from our hands. In 1960, we humiliated ourselves with the one-sided Indus Water Treaty. In 1965, we signed a very magnanimous Rann of Kutch peace agreement. We got nothing out of the war the same year. We lost our best prime minister mysteriously too while signing a humiliating treaty and refused to even investigate his death!

In 1971, we held tens of thousands of Pakistani prisoners of war and huge swathes of land. Pakistan abused us in international fora and we meekly handed all that advantage for absolutely nothing.

In 1999, we meekly refused to cross the LoC during the Kargil War even though Pakistan brazenly captured Indian posts. Finally, Pakistan has been arming thousands of terrorists into Kashmir and overall tens of thousands have died and we have done practically nothing.

Just add Balochistan and Jadhav to the mix.

The current government began well giving powers to Indian troops to fire across the LoC, heightening surveillance and there was the surgical strike of 2016. But we have lapsed into the past and are telling the world the story of the soft state once again.

In The Untouchables (1987), Sean Connery tells Kevin Costner on how to catch the dreaded mobster, “You wanna get (Al) Capone? Here’s how you get him. He pulls a knife, you pull a gun. He sends one of yours to the hospital, you send one of his to the morgue!”

The India version could well be…

When will the Indian government realise that it’s not Kashmir. It wasn’t Punjab. It isn’t Jadhav. Pakistan since inception has been trying nothing short of the complete disintegration of India. As long as we reply bit by bit, instead of looking at the larger picture, it’s only going to get worse.

We have reached a stage where we have to give it back tenfold for every Pakistani incident instead of a belated half-measure.

A series of surgical strikes into the LoC. Complete breakage of all bilateral ties. A diplomatic blitzkrieg at all international fora. Permanent dissolution of the Indus Water Treaty. Economic sanctions against Pakistan. A pledge to ensure that Balochistan will get independence and give asylum to their government-in-exile.

It is time to bring out a big gun for every small transgression starting with Jadhav.

This is the first time that Pakistan is not in a position to fight a full-fledged war. They are ravaged by self-inflicted terror wounds. Their economy is in a shambles. They don’t have enough oil and armoury reserves.

Afghanistan and Iran are totally fed up of Pakistan. China doesn’t want to disrupt its economic corridor. America has bigger problems of its own. India is for the first time closer to countries such as the UAE than Pakistan. What does one usually do in such a position of strength?

Loha garam hai, maar do hathoda (strike the iron while it's hot)!