It's Complicated: Madras High Court raises concern over growing extramarital affairs in India. But why are these growing?

The court has asked 20 questions, including whether TV shows are responsible for these affairs. The reasons are multiple. The search is often only one.

Marriage is a temple. Before walking into the temple, one must know that one cannot rock ‘n’ roll inside.

That awareness notwithstanding, the dilution of the institution's sanctity is becoming an increasingly significant concern.

The Madras High Court asked some straight questions recently — observing that there has been an increase in the number of crimes due to extramarital affairs, a ‘dangerous social evil’, the court posed these questions to the Centre and the government of Tamil Nadu and asked the state to furnish data on the number of deaths due to such affairs over the last 10 years.

The court reportedly also asked, “Is it a fact that the mega television serials and cinemas are major reasons for the increase in scandalous relationships in our country?” 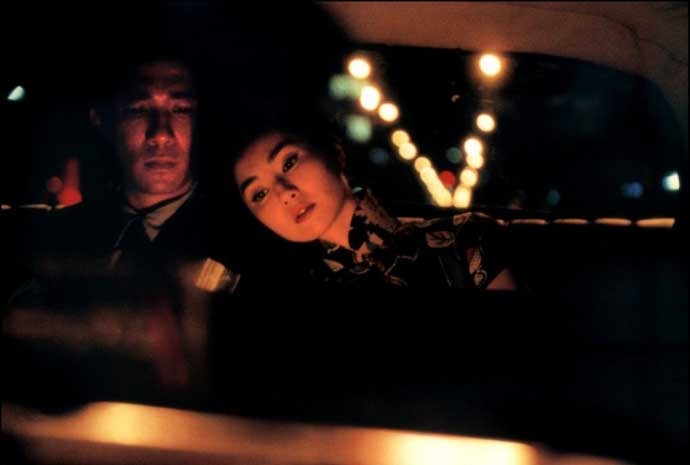 It's complicated: Do you know somebody in an extramarital relationship? (Still from Wong Kar-wai's famed In The Mood For Love)

It also wondered whether “internet platforms like Facebook, FaceTime, WhatsApp, Instagram, etc., give chances to strangers to get connected with each other, leading to scandalous affairs.” It further asked whether “the increase in clandestine relations is due to the westernisation of our culture and way of life. Whether better public exposure of women who rightly break restrictive customs and mingle with third parties in their offices or professions is the reason behind clandestine relationships?”

Extramarital relationships are part of many stories of modern-day films and television serials. Do viewers mimic what they see in the theatre, on TV, on their laptops or cell phones? Some feeble minds can get carried away thus, but not, as I view it, the overwhelming majority that can effectively differentiate between real life and fiction.

What about social media, which connects everybody with everybody else in a rapidly shrinking world?

Many relationships are indeed born out of online interactions every day. Personal equations of all kinds take root — friendships, singles’ affairs, and occasionally, extra-marital affairs too — when people start to talk online, and often drop the inhibitions that hold them back in everyday, face-to-face conversations.

There is no credible way of establishing how many extra-marital affairs grow in cyberspace since not many will talk about them even under anonymity in Indian society. Common sense suggests that the number is much less than any other forms of personal equations born on social media. That’s because the average married person is likely to be more suspicious about having an affair with a married stranger compared to a single man or woman on the lookout for a partner.

That said, extramarital relationships sprout all around us. They are discussed in conspiratorial tones and barely audible whispers — and many such relationships are the outcomes of male-female interactions in more or less equal terms in urban India.

When a married man looking for an affair comes across a like-minded married woman, who is freer and more independent than ever before, a relationship of an extramarital kind becomes a possibility. There are times when two individuals married to different people fall in love and take the relationship forward. They know the risks involved — but do not hesitate, which contrasts with the average woman’s inability often to respond to similar emotional needs in the past.

Extramarital relationships do not have social sanction. They must be kept under wraps, with the help of one’s personal ‘official secrets acts.' If one meets one’s partner in a public place, hypocritical indifference or well-scripted nonchalance might become a circumstantial necessity.

Remember the Stevie Wonder pop classic 'Part Time Lover'? Then you would know these two lines from the song: “If I'm with friends and we should meet/Just pass me by, don’t even speak….” Such relationships, in other words, bloom under the umbrella of secrecy.

Everybody in an extramarital relationship knows it's messy, unpredictable and potentially dangerous. A brief moment of indiscretion or misplaced over-confidence can destroy a marriage, finish an affair — or annihilate both with a decisive blow.

...Just pass me by, don’t even speak... (Still from Kabhi Alvida Na Kehna)

Those dumped by their husbands or wives hold onto the husbands or wives of others often with great desperation. For few extra-marital relationships mutate into marriages with time. Joy and thrills drive them while they last. Then, something goes wrong. The relationship collapses like a pack of cards.

Those ditched by their lovers return to their spouses, wanting to do justice to their married lives. Among them are those addicted to cheating, who try to be loyal to their spouses and fail repeatedly. Others want to ensure that history doesn’t repeat itself and at times succeed. Either way, life goes on — as long as secrets that can jeopardise the marriage don't get revealed.

While crimes because of extramarital affairs are shocking, an increase in the number of such relationships appears inevitable since both urban men and women spend a lot more time outside their homes. People make new friends, and there are times when new relationships that aren’t defined by social norms evolve.

Getting attracted to qualities such as physical charm, a sense of humour, knowledge and polished conduct is natural. Trying to ensure that the attraction doesn’t grow into a secret relationship is, perhaps, equally important.

Well, marriages crack up because of many reasons. This writer’s marriage lasted for around 1,500 days. Walking away from it was much easier than it would have been — had there been an allegation of an extramarital affair.