Apart from Benazir Bhutto's children and the prime minister, none of Pakistan's leading politicians have publicly welcomed her.

So happy to see Malala and her family back in Swat for their first visit since she was flown out after being shot in her school bus four-and-a-half years ago. Not only is it wonderful to see her big smile at being home but wonderful for her family. 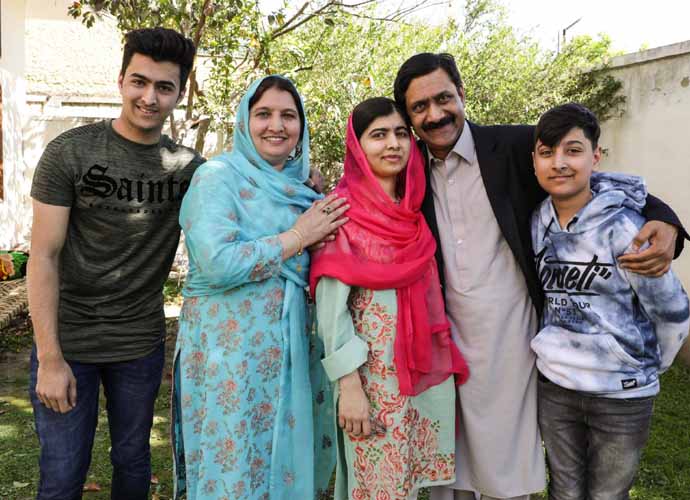 Malala and her family back in Pakistan.

People often forget how hard it was for them to leave behind all they knew and had worked for - the amazing school her father Ziauddin had built from nothing (he went to school on muddy mats under a tree); their home in Mingora with the mango tree where her mum Tor Pekai used to give breakfast to poor local children so they could concentrate at school; and the roof where Malala's brothers Khushal and Atal played cricket with friends.

While Malala got lots of attention, it was lonely for them to start with, torn away from the mountains of Swat and finding themselves thousands of miles away in Birmingham, particularly for Tor Pekai who spoke no English and found it hard to be in a culture where neighbours rarely speak to each other. I always remember her in the garden in Birmingham feeding the birds with the leftovers and talking of home.

Pakistan should be bursting with pride to have such a family not to mention the world's youngest Nobel Prize winner and her global campaign for education for children. It's only sad to see some of her countrymen resort to the old conspiracy theories that she wasn't shot (I have seen the X-rays and interviewed the Pakistani military surgeon who operated on her in Peshawar), or it was a CIA campaign or other such drivel not worthy of mentioning.

The leader of the "I Am Not Malala" day even said I was behind her visit! Apart from Benazir Bhutto's children and the prime minister (Shahid Khaqan Abbasi), none of Pakistan's leading politicians have publicly welcomed her. Malala is the bravest person I have ever met and I am proud to call her and her incredible family my friends.