Luxury of solitude: Memories from a Dehradun which had more trees than people

When I was growing up in Dehradun, I did not particularly like cycling from Lucky Manzil, my parents’ home, through the adjoining Cantonment with its little brooks and curved pathways, along jheel – the man-made lake with its rickety wooden bridge spread out gazebos. Incidentally, my father had ordered the building of the once-beatific Jheel during his posting at Clement Town; the lovely cantonment which we now know had tremendous significance during the Second World War.

Cycling up and down the sloped roads through the meadow behind old houses to St Mary’s Convent, my school up to 10th standard, was a torturous mode of travelling short stretches. I think it was around that time the word ‘acclivity’ entered my lexicon, with my daily struggle up the sharp ascents and down the whimsical descents. 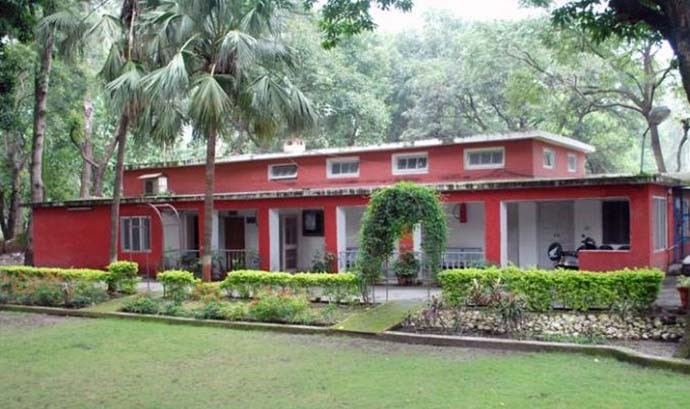 I hated the distance my knees had to cycle out to. And dreaded the days I had to walk along the quiet, lonely strip encircling the Jheel. I, in my overactive imagination, feared that a leopard or a lemur would leap at me. One time, an ill-intentioned yokel actually did leap from behind, trying to mess up, and that put such a deep sense of fear in the little me for months on end; till the time the villainous bumpkin had been identified and enough warning signals sent out to his family in the neighbouring village.

I guess it was the time when people still revered Dhir Sahib and hugely respected his Memsahib. Now, the culture all around – whether in Clement Town or in Dehradun or Delhi or elsewhere – is such that we live as strangers with hardly a nodding acquaintance with others and the baggage they carry with their lives.

In the same years, I loved it when friends dropped in at Lucky Manzil for study and play. I could show off my mother’s garden to them. We could run among the trees and climb some of them like the Guava or the Litchi tree, we could pluck and eat fresh fruit, we could lay upon one of the many lawn patches Ma had created and joke and playact and talk; gosh such gasbags we were with so many stories to regale each other with.

I would love it when Ma would cook up a mini party each time one or several friends came over, which was often. I was so proud when after SUPW (socially useful productive work) excursions to the neighbouring villages, a rather large group of classmates herded by the accompanying Sister (Nun) would be comfortably housed for a garden tea party that Ma would lay out for us with coloured squashes (red for rose-flavoured, green for mint-infused and yellow for Hibiscus I think, but I am not at all certain about the last one), cheese and chutney sandwiches, samosas, cake rusks from Elloras and the like. My sense of self-worth in those days was directly proportional to the size of the party Ma rustled up. Woollies were never out of season in Dehradun (Representative image: Courtesy Uttarakhand tourism)

Yes, I felt quite proud too when the schoolmates remarked at the size and splendour of Lucky Manzil, at the expanse of the area, at the huge Pink Bungalow, at Ma’s garden and rows of vegetables and flower beds and blooming trees.

The sense of pride found a cozy soft spot in my heart for several days, before the mind began complaining all over again – it is far from everywhere, public transport is difficult to reach to (Ma had sold off the car and stopped driving at this time) – this went on till Ma bought me a Hero Majestic Moped and I tasted a new kind of freedom.

Suddenly everything and every place, even NIVH (National Institute for the Visually Handicapped) located at the far end of Rajpur Road, or Mussoorie Diversion or the upper reaches of Rajpur and the Indian Military Academy, heck everywhere – became easily accessible and within reach of me and my pillion-riding friends.

Now, public buses run along the Cantonment Road and Vikrams – those putrid smoke billowing monster machines – screech past our main gate. We haven’t used either in so many years – we don’t have to anymore – but they create enough havoc to the air we breathe and to the quietness that was the hallmark of the area we inhabit.

Off the front wall of Lucky Manzil, beyond the farms was this lovely grove, this thickset of trees that just sat there and formed a soothing picture, quite akin to a patch of the German Black Forest or a portion of the woods in the Lake District. Now it is all gone. All it has left behind is a huge population of snakes, cobras et al, getting into our houses because we stole their habitat. And yes, what is also up is another thickset – this time, of ugly rows of houses after houses coloured dirty pink, barf-worthy blue, bile green, dirtier yellow – with no taste for the aesthetic and no care for the environment. 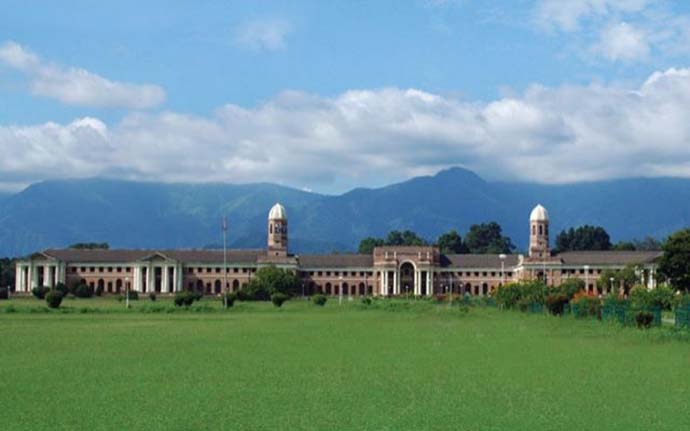 We cannot see that anymore. There is a two-storeyed house built up in front (Representative image: Courtesy Uttarakhand tourism)

In those days, I would also be up with the larks to peddle up to the GOC’s stable for brushing and grooming ‘my’ horse, feeding him gram and riding him to my heart’s content till the heart filled with unadulterated joy and yes, to my riding instructor’s sense of pleasure in how quickly I learned my lessons. I learned to walk the horse, then trot on him and then race him up to a mean canter. Then one fine day, I moved to Delhi for higher studies and regrettably failed to return to learn the gallop and the cross-country ride. Such a loss that I still lament about!

In the evenings, I would bundle my costume and at the constant nagging of the mother and the urging from a friend who loved to swim and dive I would get myself to the swimming pool, hating every bit of the ordeal from the shower to the cool waters of the pool. Thankfully, this I do not miss at all.

In their place are rows of hideous flats. Golden Keys – the Army club has lost its charm to modernisation. Dakota – the fighter plane that crash-landed here, still exists but has ungainly installations built around it in the name of beautification. The General-Officer-Commanding’s stable is long gone too, the pool – a hub of networking amongst the Army kids back then and a ground for breeding teenage romances – I have not, frankly, cared to check out; but I have no doubt that it has lost its original appeal like all things around it.

The approach road from Turner Road and the adjoining Cantonment to Lucky Manzil was flanked on one side – by the Jheel or Dad’s Lake as we like to call it, a patch of unattended land (it still exists and is the only shout back to how times were), the ghastly new Gun House (the Brigadier’s house) with its own private lake built on the orders of the Brigadier and so unsightly that you wouldn’t look at it twice. Back then we wanted to not be isolated from the crowds (Representative image: Courtesy Uttarakhand tourism)

On the other side, is a thick stone wall that runs the perimeter along the road and almost up to Lucky Manzil, cut short by an old church.

Always a source of ghost stories and conspiracy theories back then, the stone wall encloses the enormous spread of land owned by a Nawab. In those days, it heavily lent to the beauty of the area with its thick woods and verdant undergrowth. Today, the stone wall still exists and the land still stays un-built upon, but it seems to have thinned down a lot, letting changing times rob it of its charm hugely. There have been talks in the air amongst much tsk-tsking and clucking of remorseful tongues, for several years now, that the Nawab may sell out.

It seems that the day when the Nawab decides to actually sell will spell out doom and nemesis for all that this spot of heaven held for some of us. Those who deplore the going down of the area, bemoan about losing the rich green cover and talk about times when Dehradun was actually a tourist destination (nestled against the Queen of Hills) — when there were more trees than people, when it stayed cool through the summer, when air-conditioning was a completely foreign idea, where bird song and not blaring horns were the natural alarm clocks and where woollies never really went out of season.

And do not bother to ask me about the day time view of the Mussoorie hills from Ma’s front lawns and the night image of stars that suddenly dropped midway to come rest on the hill side! No, we cannot see that anymore. There is a two-storeyed house built up in front of Lucky Manzil and atop our trove of nostalgia and emotions.

Back then we wanted this – the destructive monstrosity of civilisation, to not be isolated from the crowds, to live amidst the teeming lot. Now we desperately pine for that – solitude, peace, quietude and calm, away from the madding crowds and pollution, the pristine charm and above all, bliss that even money cannot buy yet is touted and sold off as luxury.

Whatever we decide to bring upon ourselves as a self-destructing species, our heart is seldom satiated and the human need rarely satisfied!

As for human greed, we will only rest in peace (yes, pun intended) once we have ensured our own extinction!

Also read: Of all the seasons, why we love to romance the monsoon