Today, MJ Akbar is in the eye of a harassment storm. But UPA ministers got away with the same. A survivor's personal account.

Reading so many accounts of sexual harassment, sexual assault, molestations and rape by so many brave women has forced me to rethink my own silence on being molested by a powerful politician — a minister in the UPA I government. I have been thinking long and hard about telling my story and opening myself up to the name calling that seems to go along with breaking the silence, but I take strength from so many other women who have spoken up. 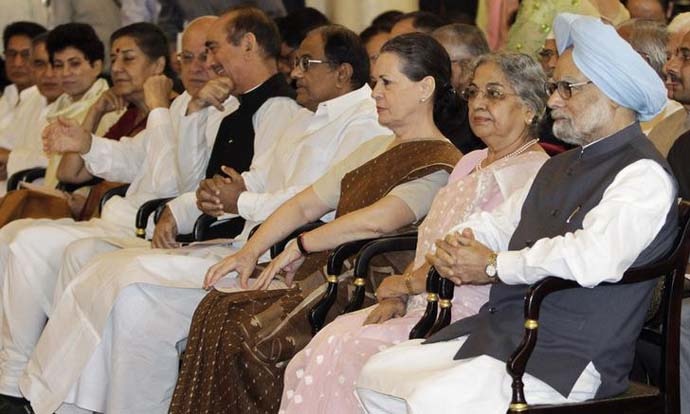 No, sexual harassment is not limited to BJP ministers. (Representative photo: Reuters)

This is not the first case of sexual harassment which I have faced and spoken about. Earlier, when I was a student too, I was abused by the director of my educational institute when I was doing a Masters in Development Communication, but more on that later.

#Metoo — In January 2001, I joined The Asian Age, Ahmedabad edition, but shifted to Delhi to join The Asian Age’s main edition in February 2006 after the Ahmedabad edition was shut down. During my time, a Cabinet minister, in-charge of one of the ministries which I was covering, would always greet me with a kiss when I went to meet him.

He is actually quite a media favourite, and many senior women journalists are close to him. I have seen him greeting women journalists with a hug when he meets them, so I thought that hugs and kisses were the norm in Delhi, and being from a smaller town, I didn’t want to stand out, so I went along with it. Also he was a minister and I was covering his ministry.

This minister, quite an advocate of women’s rights and empowerment, is highly educated. He studied from St Stephen’s College and did his masters from one of the top universities in England. He is very articulate — but he is also very touchy-feely. I met him infrequently, maybe once a month or so when I was covering his ministry, and I always met him in his office. He would greet me each time with a kiss, which I thought was a Delhi thing — in Gujarat, where I come from, politicians don’t greet women journalists with hugs and kisses. But he would hold my face and try to kiss me on the mouth.

Most times, I managed to turn my face slightly. But I didn’t do anything about it or report it since I was new in Delhi and thought if I said anything, it would be viewed as having a small town mentality.

Also, as a survivor of long-term Child Sexual Abuse (CSA), I am not able to speak up against authority and mostly just try to manage to stay clear instead of shouting or slapping or something like that. Only recently, I have learnt that CSA survivors have boundary issues, and are many more times likely to get re-victimised as adults as compared to those who haven’t been abused as children. I have related my story of Child Sexual Abuse in many places, including on my own website, Sabfree, (Speak up and Be Free), which supports survivors of CSA.

I would like to relate what happened the last time that I met the minister when I felt he had gone too far — and I finally was able to call him out on it. I was sitting in his office in his MP bungalow in early 2014.

At that time, I was in-between jobs. I was sitting across the table and talking to him. After some time, the minister got up to go to the washroom which was on my left, so he walked right across the table and while passing me by, he stretched his hand and suddenly pressed one of my breasts.

I was taken aback, not quite expecting this, but I did manage to say, ‘Don’t touch me.’ Before entering the washroom, he asked, ‘Why? What is the problem?’ I told him, 'Don’t touch me because I don’t like it’. He went to the washroom and then came back, sat down and resumed the conversation as if nothing had happened.

After that incident, I never met him. Also, I moved to Ahmedabad from Delhi and never met him at any political or social events.

I would like to say that even if a man is testing whether his advances are welcome or not, he can’t start with squeezing the breasts of a woman. The least he can do is see whether she is interested — you cannot just grab a woman and think it is okay. Also, in this case, the minister is married and is a father of grown-up daughters, so it is definitely not okay.

So, why didn’t I report the matter. Who was I going to report it to? I was in-between jobs and as I said earlier. I didn’t report my sexual abuse as a child either for more than a decade and a half, in fact I never did report it. I started to speak about it publicly only a couple of years ago. Now I know that 72 per cent of CSA survivors never tell anyone about their abuse and that they have many aftereffects of the sexual abuse that they faced. A few of them I have listed above.

In 2015, before the #Metoo movement happened in India or even in the USA, Parul, a student and I had reported being sexually harassed by the director of our educational institute when we were pursuing our Masters in Development Communication in Gujarat University. Parul was my junior in college by many years and though we didn’t know each other, we spoke up about our abuse in our alumni group and decided to report the matter.

It took me 27 years to speak up about that sexual harassment and both Parul and I also went through due process of writing to the chancellor and vice-chancellor of Gujarat University.

Nothing came of it — but of course I had to answer the question of why I kept quiet for so many years.

In 86-88, when I was pursuing my Masters, there was no concept of sexual harassment, no Internal Complaints Committee and no idea of what could be done, so all I did was to inform a student in my batch. My junior Parul informed her coordinator and that was the end of it. But when we did complain nothing came of it, either.

However, when the Raya Sarkar's list came out in 2017 about naming sexual harassment in academic institutions, I decided to name a former director of the Centre for Development Communication as that was the best I could do - ‘Name and Shame’.

Despite so many women speaking up against so many powerful men, they are being accused of being opportunists, making up stories, lying and what not. But I feel I have kept quiet for too many years, for so much of abuse that I faced — I am not prepared to shut up any longer, and if that makes men uncomfortable, they will just have to learn to treat women right and to stop sexually abusing women whenever it takes their fancy.

Abusing women and children sexually has to STOP. You are ruining the lives of so many people and it is not okay.

Also Read: How safe is the ‘Me’ after saying #MeToo in India?

#Sexual harassment, #MJ Akbar, #Timesup, ##MeToo
The views and opinions expressed in this article are those of the authors and do not necessarily reflect the official policy or position of DailyO.in or the India Today Group. The writers are solely responsible for any claims arising out of the contents of this article.