No, Modi. Blue Whale challenge is not a joke

Prime Minister Narendra Modi, we can agree, is not known to be the most sensitive person. Modi's political game is more about fake emotional rhetoric and that's one of the many areas where the Opposition fails miserably.

The prime minister, who obviously believes he is funny, attempted a joke while addressing crowds in north Gujarat's Patan the day before. Suggesting his party would ensure a landslide victory in Gujarat Assembly elections this year, and mocking Congress leaders who have now joined Aam Aadmi Party (AAP) chief Arvind Kejriwal in alleging that the BJP wins elections by rigging Electronic Voting Machines (EVM), PM Modi said, "Congress, which is crying wolf over bluetooth, should realise that December 18 will be the final episode of the Blue Whale game for it".

Now that statement is proof that the prime minister is insensitive. Let me explain why. 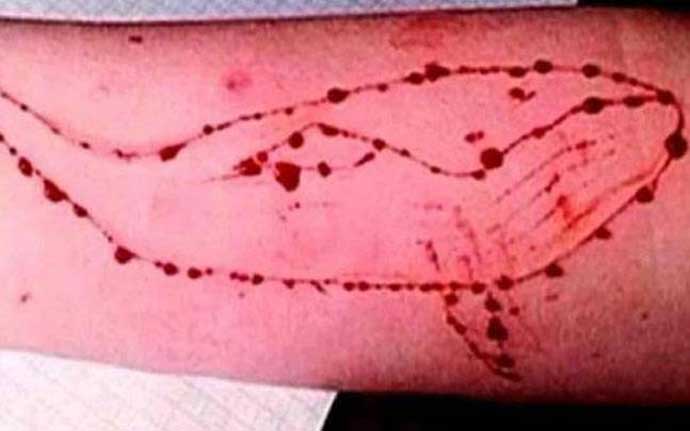 After the first case was reported, the Blue Whale challenge spread like wildfire across India. Photo: Facebook

The Blue Whale challenge made national headlines earlier this year after India Today broke the news of a Mumbai teenager jumping to his death, apparently after taking up the challenge.

The 50-day dare-based challenge requires participants to do one task per day, the fiftieth being jumping off a high rise and killing themselves. After the first case was reported, the Blue Whale challenge spread like wildfire across India. While media houses made it a point to report most suicide cases and tried to connect it to the challenge, police statements often said the Blue Whale challenge angle would be taken into consideration.

The harm was done. Panic spread. Amplification by media was inevitable. State and central governments, with all their intelligence agencies and crime branches, could neither figure out what the challenge is nor how to contain it.

Rumours made things worse. Those who understood the fairly simple concepts behind the challenge tried to spread awareness using social media platforms, but since fake news travels faster and farther, the useful information died down in the noise.

With state governments and the Supreme Court urging the Centre — the Narendra Modi government — to act against the challenge, termed “deadly” by then, illogical moves like threatening tech giants were taken by the Centre. And the fact of the matter is that Narendra Modi and his Cabinet could do nothing to stop the Blue Whale challenge.

The obvious question now is, if the Centre didn't do anything, why are there no new reports? That's something I'd like to know too, but as a journalist who has spent considerable amount of time and effort on this, let me tell you that there have been reports about teenagers taking up the challenge and losing their lives, but I chose not to report it.

A moral stand — possibly a wrong one — I took to ensure I don't spread more panic or give people new ideas. The decision also stemmed from the fact that I realised the Blue Whale challenge is a manifestation of mental health issues teenagers struggle with, that it is just a symptom and not the cause.

This brings me to my point. Narendra Modi is the last person who gets to make a joke on the Blue Whale challenge. It is the sheer inefficiency of his ministers, officials who work under them and the police that made this phenomenon appear an enormous issue that cannot be controlled.

The Blue Whale challenge could have remained an artist's or an engineer's imagination. But his imagination took life and killed people. Journalists messed it up more; the police who, in the first place, could not understand how the challenge works, made it worse.

The tasks in the challenge were designed in such a way that a depressed individual would remain so and the people who are sad and lonely would slip into depression. All things negative were employed to keep it working — from disturbing music to disturbing visuals to inflicting harm to one's own body. Participants' sleep cycles were ruined and they were asked to stay alone, removed from people.

When Modi quips about the Blue Whale challenge, about people with mental health issues who are driven to the point where they kill themselves, and directly hints that his opponents would have no option but to commit suicide, he is simply displaying what he really is — an insensitive and ignorant man — and not that he is funny.

It is Modi's lack of understanding of mental health issues that made the Blue Whale challenge and suicides appear matters of hilarity to him.

If you found the PM’s statement funny, you’ve got some serious problem, too.

Also read: What it was like knowing Shashi Kapoor