One thing is clear as day, Modi has failed to deliver promises

One must look beyond scandals to understand the truth.

Close to four years after the Modi juggernaut began to trundle along on the back of a deeply corrupt and indecisive UPA-2 government, a series of roadblocks are arresting its movement.

Perhaps the most interesting thing is that it is not one issue that has laid waste the systematic PR factory outpourings of the past three-odd years. The make-up has been peeled off layer by layer, and in that, lies the authentic nature of this mini-awakening in the making.

It’s a turnaround certainly, not yet enough to be termed "remarkable", but a turnaround nevertheless. What has prompted this reversal of fortune over the last few months?

Many had expected the demonetisation decision to prove the government’s undoing. But, the PM pulled off a coup aided by crocodile tears and repeated declarations of chest-thumping nationalism that equated standing in line at banks to guarding the borders. 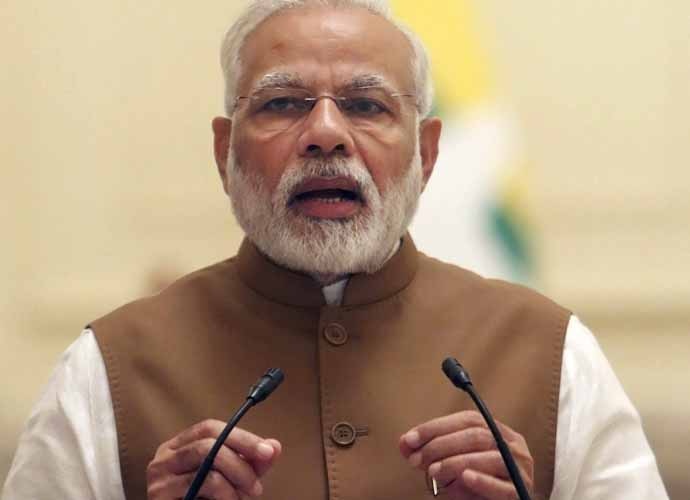 When Modi thundered "na khaoonga na khaane doonga" at the beginning of his term, many Indians bought it.

The Uttar Pradesh Assembly elections seemed to vindicate the PM’s stance. In hindsight, the UP election was his last hurrah. And as the recent Jay Shah incident shows, demonetisation has come back to become the proverbial straw that broke the camel’s back.

The discourse of the past nine months bookended by demonetisation at one end and Jay Shah at the other, witnessed another strategic moment in the interim: the introduction of the GST with much fanfare, touted as it was as the best thing since sliced bread.

There were other moments too, the lynching of 15-year-old Junaid Khan which sparked off a series of protests across many Indian cities, and of course, the Gorakhpur deaths that exposed Yogi Adityanath for what he really was, all his love for his temple’s cows notwithstanding.

Also, an emerging story that has yet not completely captured public attention is the deaths of people denied their monthly rations on account of not having an Aadhaar card.

As is evident now, this turnaround has crept up on us inch by creeping inch. And suddenly, we are in a deluge: there is a corruption scandal (Jay Shah), evidence of inept governance (Gorakhpur and GST) and incidents (like Junaid) of sheer hatred that have revolted the common man.

The many hues of corruption

When Modi thundered "na khaoonga na khaane doonga" at the beginning of his term, many Indians bought it. The shameless corruption of the UPA-2 years had sickened virtually everyone. The first whispers of undue favours emerged within a few months of the Modi regime coming into power. Another "beta" was accused of misdemeanours: the son of the home minister, Rajnath Singh. The whispers grew to such an extent that the minister had to actually issue a press statement to put them to rest. The PMO too gave the minister a "favourable" soundbite. Life moved on.

Then, Smriti Irani faced accusations from a bureaucrat of trying to claim her saree bills from the textile ministry. That too was put to rest rather quickly. During the chaos that was demonetisation, many stories did the rounds, among others of a Rs 500 crore deposit in a bank headed by Amit Shah. None of these stories went very far. They vanished as quickly as they came. Unseen hands seemed to be exerting pressure. Or perhaps they were just baseless

When the Jay Shah story tumbled out, one was sceptical of it being anything more than a two-day diversion. But stay it did. It came at a certain time when many people, their lives ruined by the twin blows of demonetisation and GST were looking to vent. Also, as things went, the government too served them the story on a platter. Ministers were pressed into service to defend the princeling and the additional solicitor general, Tushar Mehta, declared that he would fight Jay Shah’s case.

To top it all, in attempting to gag the messenger by filing a Rs 100-crore defamation suit, Jay Shah has shot himself in the foot. As they say in northern India, "chor ki dhaadi mein tinka".

But one must look beyond scandals to understand the truth. What is emerging is that this is a government which hasn’t quite delivered what it promised: change and clean governance. True, there haven’t been many corruption scandals. But, that cannot compensate for lacklustre governance as witnessed in the demonetisation decision and the rollout of the GST. They were breathtaking in their incompetence.

The economy isn’t exactly shining. Our foreign policy isn’t exactly top of the line. While we have called Pakistan names in international forums, no other breakthrough of any sort has been made.

Also, what this government has institutionalised is the relentless peddling of un-truths, dressing up every little thing as if they were breathtaking achievements through shamelessly self-congratulatory PR exercises and unleashing a kind of hatred seldom seen in civilised societies. It has also mainstreamed a bizarre kind of chest-thumping nationalism that screams "Bharat Mata Ki Jai" from the rooftops and unfurls the flag on all occasions and sundry. High on rhetoric and low on action, this is the kind of vacuous jingoism that led fascist states on the path to doom.

But, the battle is far from over. The Opposition, as it has been since 2014, is a blithering mess. Not one individual or political grouping inspire confidence. What Opposition has emerged has been sporadic and largely the handiwork of people’s groupings. The political opposition is content to tag along. They seem to have no stamina or competence to lead.

The emperor’s slip is certainly showing. But, 2019 "dur ast". Modi, the master tactician, might still have a trick or two up his sleeve.

Also read: Why poor growth will haunt Modi till 2019

#BJP, #Corruption, #GST, #Demonetisation
The views and opinions expressed in this article are those of the authors and do not necessarily reflect the official policy or position of DailyO.in or the India Today Group. The writers are solely responsible for any claims arising out of the contents of this article.