At last count, US President Donald Trump, according to The Washington Post, had spoken 2,140 lies, or uttered several such inaccuracies in his public life since becoming a Republican contender for the White House. Now Trump (despite being a rabble-rouser) is not a stand-up comic artist jocularly falsifying facts to arouse amusement, or a founder of a fake news website running a political agenda. He is not just the commander-in-chief of the world’s largest military power, but as he confessed himself, he has the largest nuclear button in the world at dangerously close proximity.

If the most powerful leader of the free world cannot be trusted on account of his mental equanimity or is of questionable credibility, we clearly have a lot to worry about. By an uncanny coincidence, the world’s largest democracy, India, has a similar predicament; fake news, post-truth and alternative facts dominate mainstream media.

Silver-tongued politicians regularly indulge in making outrageous statements and get away with it. Since most dismiss their dog-whistle politics as a character flaw, their brazen lies go unchallenged, at least not sufficiently enough. Social media then amplifies that mendacity. We underestimate the incalculable damage to society if the proliferation of misinformation, calumny and distorted history is not arrested. Thus, the fundamental question: are we as a nation either far too lazy to contradict the negative torrent of fake news with ulterior motives, or maybe too sanguine or delusional in the  false notion that willy-nilly, automatically, people will segregate the wheat from the chaff in the long-term?

Or as is generally perceived under the current dispensation, just too scared? I guess several have surrendered the fight as they believe it is a Sisyphean exercise. Either way, the consequences can be serious. We are in a quicksand, and sinking. 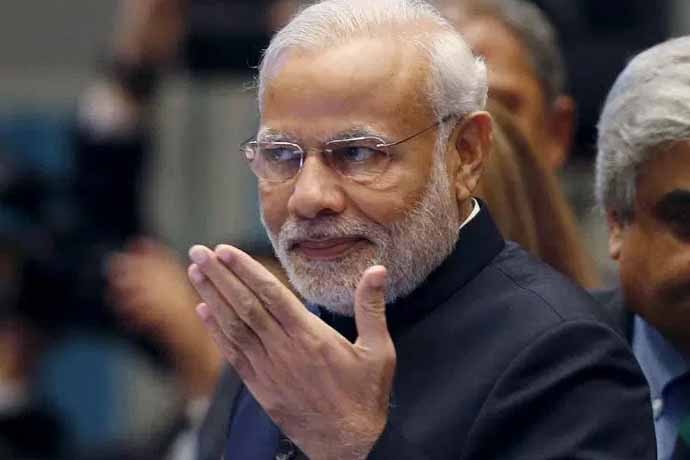 From the moment, Narendra Modi became the prime minister in May 2014, India’s first prime minister Pandit Jawaharlal Nehru became the target of an orchestrated BJP campaign of calumny and character assassination. It has only escalated alarmingly since then. Over a period of several months preceding the West Bengal Assembly elections in 2016, a malevolent media campaign was unleashed to malign Nehru, by insinuating that there was an attempt to cover-up the untimely death of the valiant freedom-fighter and former Congress president Netaji Subhas Chandra Bose in an unfortunate air crash. The BJP, using right-wing stooges with literary pretensions, dubious historians, indulgent media editors delighted to be co-conspirators and disgruntled family members of Netaji launched a vicious assault on Nehru’s character. India’s finest statesman was being stigmatised by snake oil salesmen.

The BJP was clearly relishing the malicious and altogether disingenuous deluge as Modi gave a generous reception to the noble cause of knowing the ultimate truth on Netaji’s death.

Incidentally, a member of the Bose family joined the saffron brigade, contested the elections, and lost. I remember attending several TV debates where there was flagrant innuendo being spread that Nehru was apprehensive of Netaji’s profound popularity and saw him as a potential personal threat to future political positions.

The Sangh Parivar went to the extent of creating a fabricated letter wherein Nehru called Bose a "war criminal". It was utter balderdash, but who cared? The fact is we should.

Like Modi’s speech in Parliament yesterday (February 7) where he haemorrhaged truth when he said that had Sardar Patel been the first PM, Kashmir would have been totally ours. Sure, if my aunt wore a pyjama she would be my uncle.

It was a convenient political twist with no historical foundations, but Modi continues to violate the basic precept of political morality by populating ludicrous charges on all and sundry, especially targeting the Nehru-Gandhi family. We are scraping the bottom of the barrel in our daily discourse.

Politics was always about perceptions, but in the world of Facebook feeds, YouTube videos, Twitter trolls and WhatsApp forwards, truth itself is subjected to Amazonian proportions of vulnerability. No one is safe. No one has a constant bulletproof against sustained malignant accusations. There are no vanguards.

It is a disconcerting reality that could seriously disrupt democratic structures, as principally the process of transparent news dissemination itself has become carnivalesque. That Netaji indeed died in the plane crash at Taipei on August 18, 1945, was acknowledged by Modi sarkar in an obscure part of a daily newspaper.

The vituperative anti-Nehru strategy was quickly consigned to the backwaters. Life moved on, but several susceptible minds subjected to the carcinogenic tirade against Nehru, would still be wondering: What is the real truth, however? That residual doubt that lingers long is exactly what fake news really wishes to accomplish.

Do remember that the human mind can be extremely fragile to sustained bulldozing. Remember the Holocaust? That Netaji named one of his infantry brigades in the Indian National Army after Nehru, or that the latter wore his barrister robes for the first time to defend the INA army soldiers charged with treason by the British are nonchalantly overlooked.

Fake news, consciously elliptical, still triumphs. It is like heads I win, tails you lose.

Another masterly deception is a work-in-progress and it even boasts of a grand edifice, the Statue of Unity, allegedly the tallest such in the world (like demonetisation, Modi has a penchant for humongous scale). Modi’s ideological mentors and political strategists is the RSS, without whose support he would not have even become the chief minister of Gujarat. Thus, it would seem like political incongruity that Modi is lionising Sardar Patel, the same man who banned the RSS for creating a poisonous environment that led to the assassination of Mahatma Gandhi.

Nehru and Patel were brothers-in-arms, each other’s conscience keepers, but Modi and the BJP are burning the midnight oil to tell the country otherwise.

It is a cunning project to deceive India. Political hypocrisy has reached epic proportions.

Vinayak Damodar Savarkar’s Hindu Mahasabha assassinated Mahatma Gandhi, the father of the nation. Savarkar himself miraculously escaped conviction by the skin of his teeth. Modi has publicly called Savarkar a patriot. I rest my case.

Also read: Modi's speech in Parliament: What is this obsession with Nehru?