I saw Mushirul Hasan rebuild Jamia Millia Islamia. Here's why I will miss him

Mushir’s distinguished career at Jamia was marked also by his courageous views on 'The Satanic Verses' controversy and free speech. He truly lived by his liberal beliefs.

The news of professor Mushirul Hasan’s passing away on Monday, December 10, came as a combination of sudden shock and gradual realisation of the cold inevitability of death itself. I resolved that I would have to immediately go to Jamia Millia Islamia, where the final prayers and burial were to be held. I told colleagues at JNU, where I teach, that I simply had to be in Jamia because that is how I knew Mushir.

He was the vice-chancellor (VC) when I was appointed as a young lecturer at the Department of Political Science. His enthusiasm for Jamia was infectious. Not only had he spent many years here as a professor of History before he became VC, but he was also the historian who chronicled Jamia’s faithful and untiring commitment to the idea of a secular, pluralistic, tolerant and liberal India.

Mushir himself was a living example of such ideas. After his passing, he will live on in those very ideas that can be encountered in the parks and pathways of Jamia, and embodied in the architecture of its buildings. 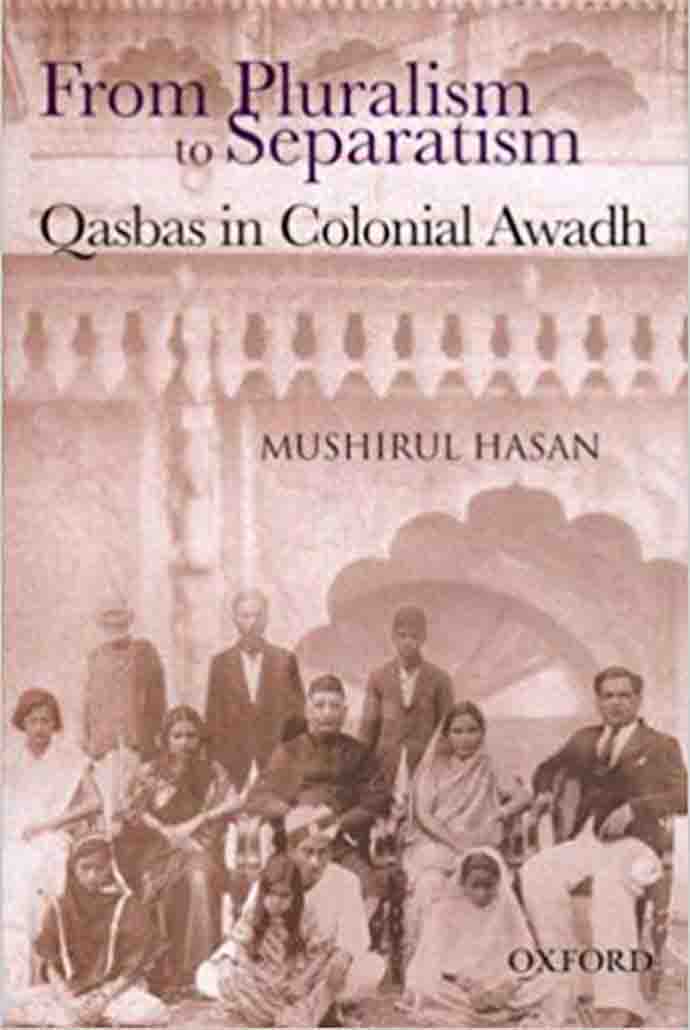 Mushirul Hasan wrote several books that established him as one of India's greatest historians.

As we walked solemnly from the university mosque to the nearby graveyard where he would be finally laid to rest, I was struck at the thought of the abiding influence that his life and personality had, and will continue to exercise on this institution of such remarkable eminence.

When Mushir became the VC, one of the first things that he did was to pull down the constricting walls on either side of the main road that run through the university campus, replacing them with iron grilles that afforded a view of the buildings and grounds beyond. This immediately gave rise to a sense of a space opening up, where ideas could swirl around unhindered and unimpeded to intoxicate the young minds that would roam these very grounds. 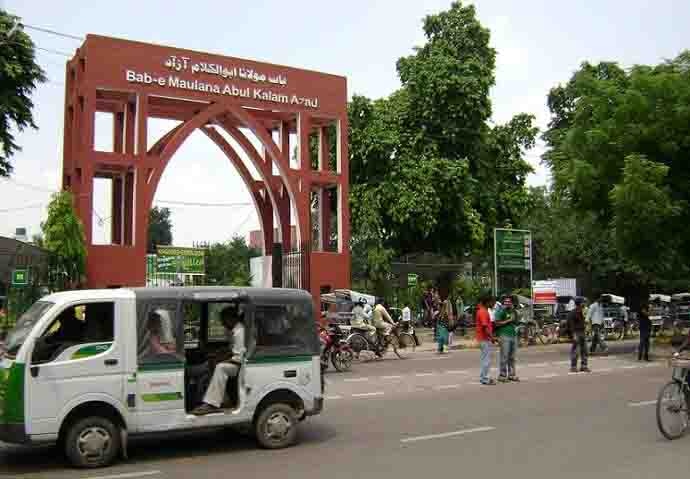 When Mushir became the VC, one of the first things he did was to pull down the constricting walls that ran through the university campus. (Photo: Jamia Journal)

There followed the many academic changes that he introduced, which transformed Jamia and put it on the intellectual map of the country, on par with JNU and Delhi University. Mushir epitomised what a VC should be like — and current VCs would do well to take a leaf out of his book.

Mushir was without doubt an institution builder.

It was obvious in the many centres of study that he established and in the numerous appointments, especially of young faculty members. Mushir was committed to making Jamia, and the surrounding neighbourhood that it seems to spring from, a cosmopolitan space that could confidently look out at the world. This is evident from the naming of the buildings, the Noam Chomsky Complex, the Castro Café, the Edward Said Hall, the Dayar-i-Mir Taqi Mir.

It represented an exciting eclecticism — one that contrasts with the insular and predictable provinciality of the naming choices in most universities today.

Jamia will perhaps forever be remembered in the stirring words of no less than former Prime Minister Jawaharlal Nehru himself as a ‘lusty child of the non-cooperation days’. Under Mushir’s stewardship, Jamia seemed to be the entity that was determinedly shedding its chrysalis, struggling to become everything that was a mélange of the national, the liberal, the diverse, the secular, the cosmopolitan and, above all, the aesthetically pleasing. For Mushir, in addition to being the noted historian that he will always be remembered as, was an aesthete. Mushirul Hasan will live on in the ideas that can be encountered in the parks and pathways of Jamia and are embodied in the architecture of its buildings.

This was evident in the refinement of his conversation, the particular drawl of his Urdu that made it such a pleasure to listen to, and in the ponderous deliberation of his words, carefully and slowly delivered in the august seminar rooms of Jamia and across the world.

There was in addition to the serious gravitas of the scholarship a zest for life and a boundless energy to rejuvenate his institution. In many of his conversations, he would talk about Jamia in a way that would draw one into wanting to know more about the many historical niches and recesses that were tucked away in its roads and buildings.

His commitment to Jamia was never confined to the university campus. It radiated outwards to encompass the nation and then extend beyond to the international. Towards the end of 2004, when I had just joined as a faculty member, Mushir, in the presence of the-then External Affairs Minister Natwar Singh, spoke passionately about the question of Palestine and the injustice being meted out to this troubled nation. 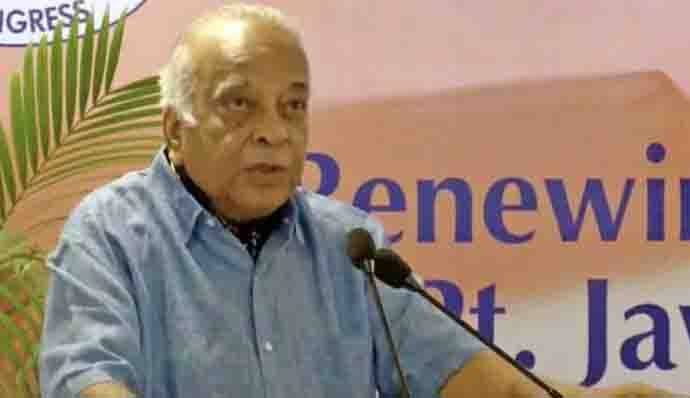 Natwar Singh, moved by Mushir’s words, suggested something to the effect that the ‘resonance of his eloquence’ would not be lost upon the government of India.

The spirit that inspired Mushir cannot, and must not, be allowed to go away. Our universities, like many other aspects of our national life, have never been in great shape. They, however, remain the vital pillars that support a nation.

We are today witnessing the demolition of university after university, ironically in the name of nationalism. This must have acutely troubled Mushir towards the end of his life, and I would occasionally inquire about this and his health from his long time partner, Professor Zoya Hasan, who took such admirable care of him and who was my teacher and later, my colleague at the Centre for Political Studies, JNU. 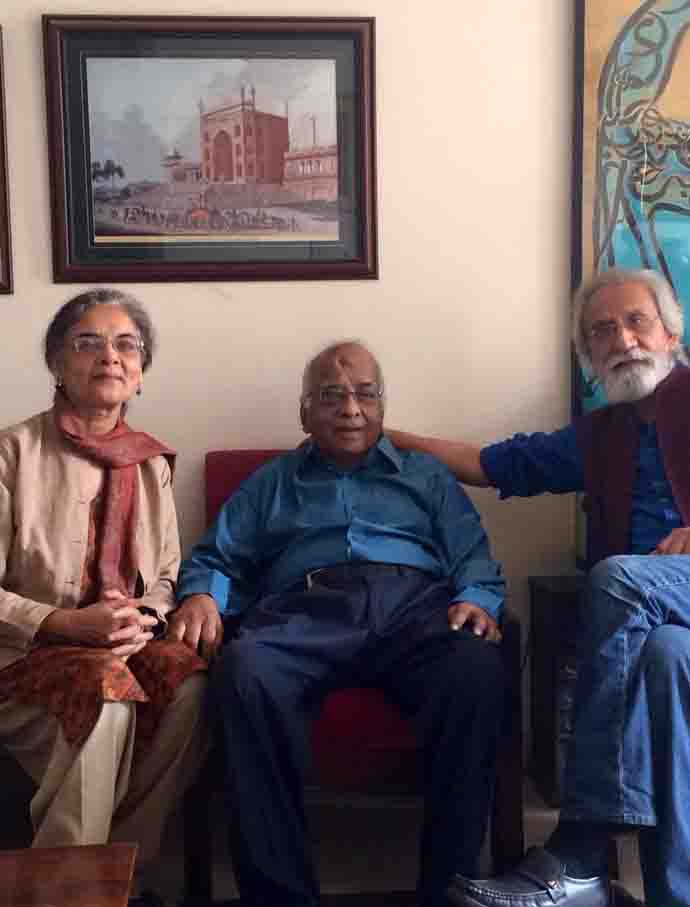 Mushir’s distinguished career at Jamia was marred by his impeccably liberal views on The Satanic Verses controversy and free speech in the early 1990s.

Despite the woes that he went through, he became emblematic of the scholar who inhabits the university space to nurture and protect it from, and extend it against, the ravages of forces that seek to colonise and kill critical thought.

His soul can rest in peace in his beloved Jamia that the good fight that he fought will not go in vain.

Post your comment
#Batla house, #The satanic verses, #Jamia Millia Islamia, #Mushirul Hasan
The views and opinions expressed in this article are those of the authors and do not necessarily reflect the official policy or position of DailyO.in or the India Today Group. The writers are solely responsible for any claims arising out of the contents of this article.