There have been so many gems, so much to be thankful for in the two decades since.

They say people carry around thousands of songs in their heads. Songs of joy, songs of celebration, sweet songs of sorrow.

But if you’re someone who grew up in the previous century like me, then I bet the entire song collection in your head is a jingle jangle mishmash of every genre and style known to mankind, and then some. Through no fault of yours, may I add. Because if you’re like me and grew up in a typical middle class family in Delhi, then you probably woke up to All India Radio playing on the two-in-one in the dining room, and the washing powder Nirma jingle sending you to school, PT shoes whitened, slice of buttered toast in hand. You came back home hot and dusty to Bhoole Bisre Geet blasting from the neighbour’s balcony. You did your homework and finished your glass of Bournvita and sat in front of the TV every Wednesday evening to watch Krishi Darshan followed by Chitrahaar, soaking your impressionable head in farming techniques and KL Saigal songs.

With all we’ve been through, is it any wonder that our minds are an overcooked khichdi of radio jingles and bhajans, qawwalis and ghazals, geetmalas and pop, rock, ragas and rap? And when I wake up in the middle of the night, is it my fault that there is an equal likelihood of “My Name is Lakhan” or “Lifebuoy Hai Jahaan” or “Disco Deewane” playing on the jukebox in my head and keeping me company as I lie awake, willing myself to sleep?

Dear reader, I want you to know that I feel your pain. I too have been there. I too have those radio jingles and TV commercials seared into the neural pathways of my brain. Never will I be able to hear the word "relax" without my brain going “Relaxo Pehno, Subaho Aur Shaam…” The number 555 will always have me thinking of “mughli ghutti”. And I can certainly never pass by someone wearing a crisp white shirt without wondering  “Uski Kameez Meri Kameez Se Safed Kaise?”

And don’t even get me started on the bhajans. Oh, that blooming bhajan renaissance of the late seventies and early eighties! Those honey-voiced purveyors of flowery instrumentation and fulsome piety! Anup Jalota and Anuradha Paudwal and Hari Om Sharan and T series… did you not stop to think once of the effect you were having on the impressionable ears of an entire generation? Narinder Chanchal, did it not bother you one bit as you blasted out “ILU ILU Mata ILU” from loudspeakers at weddings and jagratas and mata ki chowkis in every gully, puri, park, chowk and enclave of Delhi? Did it never occur to you that the only alternative available to us, hapless adolescents, was Bollywood, which, in a cruel twist of irony, was going through a renaissance all of its own? The journey from “Jawaani Jaan-e-man” to “Jumma Chumma” was interminably long and arduous, and it led through the dark, dank alleyways of "Disco 82" and "Rambha Ho" and "O Ma Sherowaali".

I know because I was there and I lived to tell the tale.

But I grew up, dear reader; I was resilient. Against all odds, I made it through. By high school and college, I had even managed to acquire my own personal stereo. And headphones.

And how sweet was that victory! Those blissful nights and evenings with my personal sound device clutched to my chest like a rosary, my senses cruising in blue suede shoes, in a yellow submarine, as I dreamed of being bad, and staying’ alive, and feeling like a virgin, and just wanting to have fun…

Those blessed hostel days that followed, where I spent each moment with the Beatles in all their deep cut glory, and Dire Straits doing their "Walk of Life", and Jethro Tull and Queen! Waking up to someone blasting Led Zeppelin at full volume as the sun came up; falling asleep to someone else crooning Bob Dylan as the moon glowed bright. The amped up rock fests with LA Woman and Cocaine and the "Roadhouse Blues", the unplugged jam sessions with “Aa Jaane Jaan” and “Ik Chatur naar…” 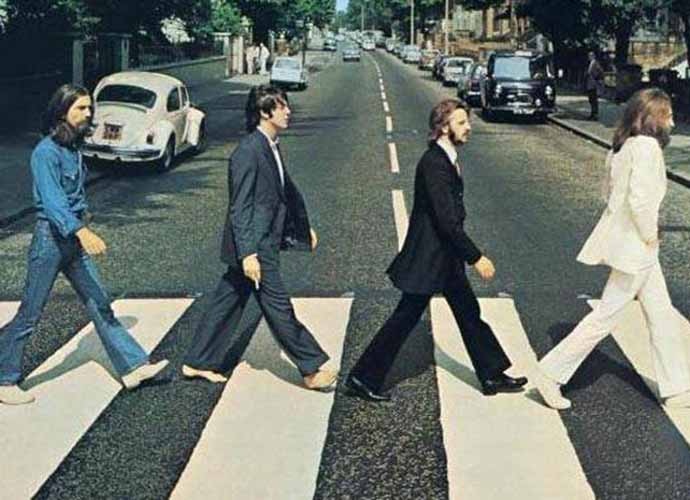 Those were the songs of my youth. The melodies, the lyrics, the moments all etched in my mind like the grooves on an antique LP. The needle still stuck on the turntable some place magical before the turn of the century.

There have been so many gems, so much to be thankful for in the two decades since. Where would we be now without AR Rahman or Maroon 5 or Coldplay? How would my parties ever get started without “Kala Chashma” or “DJ Waale Babu”? How would I ever get on that damn treadmill without “Shake it Off” or “Despacito”? And how big would my head get without Kendrick reminding me periodically to “Sit down and be humble”?

But still. Every time I hear Train croon “Play That Song….”  my heart cannot help but do a little back flip and my mind go flying straight back to Mohammed Rafi and Mukesh, Kishore kumar and Hemant Kumar, Rahul Dev Burman and Sachin Dev Burman, Paul Simon and Art Garfunkel, John Lennon and Paul McCartney.

Because no matter where you go and how old you get, it’s the old songs, like the old friends, that stay with you.

"I Still Haven’t Found What I’m Looking for". "Stairway to heaven". "Wish you were here".

For better or for worse, in sickness and in health, till death do us part.

Also read: What doctors say when asked 'I don't smoke or drink, why did I get cancer'

Post your comment
#Bollywood, #Pop culture, #All India Radio, #Music
The views and opinions expressed in this article are those of the authors and do not necessarily reflect the official policy or position of DailyO.in or the India Today Group. The writers are solely responsible for any claims arising out of the contents of this article.

Swati Kaushal is the bestselling author of four highly acclaimed novels, Piece of Cake, A Girl Like Me, Drop Dead and Lethal Spice. Her latest novel A Few Good Friends published by Hachette India will be in stores soon.