In strange times such as we are living in, every day comes with a novel challenge.

Moreover, social media has made it possible that every man or woman who has an online account can express his/her opinion on numerous forums. Earlier, we would wonder what our aunt might be thinking about our moving in to a swanky location or how our office colleagues and relatives are reacting to our plans of visiting Turkey. We don't any more.

Just a click and the whole world and its myriad emotions [many times not so positive] are right in front of our eyes. Eyes, which might roll in disbelief at some of the comments on our timeline.

Social media can be a volcano — bursting on to the scene abruptly just like some forgotten singer, or an out-of-race cricketer, as a Mahesh, Suresh or a Rashid takes it as his right to express his not-so-important and not-so-scholarly opinions on the blazing issue of the day.

Provocations are huge and many, especially for the minorities. Hijab is their favourite issue to beat us with. Then naturally follows triple talaq, beef and now azaan. I am scared to even imagine the future. 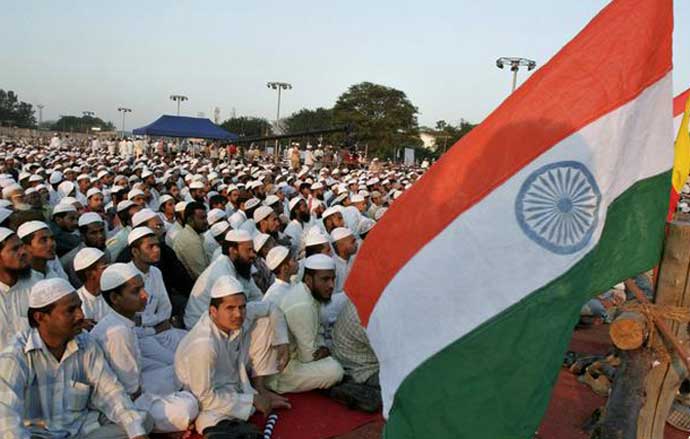 We see quick reactions on the issues of the day. I would say wait, take a deep breath and ponder before you tweet. We need to be patient, especially in the heat and dust of our beloved country.

Our response should be mature and well-informed. The more we respond and react in the heat of the moment, and as brazenly as it was thrown at us, we are doomed and losing the battle, somewhere with our angry reactions.

The more we engage with them, the more they succeed in creating an atmosphere, where it becomes easier for them to implement their agenda.

So let's stop taking the bait.

Don’t indulge. Just don’t take part in such vicious debates which bring us nothing, give us nothing.

Take regular breaks from the internet. Stay away from Prime Time news on Indian television. This is a must.

Read a book, visit a neighbour, or just do nothing. But don't indulge in bickering and arguing on social media. You will be playing a role that someone else has assigned to you. Without even realising you may end up damaging your own cause.

But if you must really take part, here are some tips. You may disagree, modify or just reject them outright.

The first rule of engaging in any argument is to be civil. If you get angry it would be construed as you are losing. Be calm and more than that be very well-informed. When someone says the Mughals looted the country, just ask humbly where did they take the looted money to? Or better, did they send it outside India for safekeeping? Nope. Not a single penny was sent outside, but spent here in this beautiful land.

Read well before you embark on the mission of being the saviour. Social media though helpful in many regards also gives us a pseudo satisfaction of doing something for and about an issue. We tweet about Akhlaque of Dadri, or an unfortunate murder or rape victim and feel contented that we did our duty. Thus getting rid of guilt is easy whenever online, but obviously that's not real. It tends to make us lethargic in our approach. We need to be among "real" people, in the "real" world (at least sometimes) to know and understand the "real" situation and also, if possible, to contribute in our own ways towards resolving the issue at hand.

Sadly, social media doesn’t allow for that and makes us mentally lazy.

Following the storm over out-of-demand singer Sonu Nigam’s outrageous comment on azaan, I saw some guys asking to give him dawah [call to Islam] some others were asking to explain to him the beauty of azaan.

Come on, don’t be so naïve. He is only a stooge who is helping no one else but himself by vitiating an already tense communal atmosphere of our times. It’s also not about azaan, or hijab, or triple talaq, it's about keeping one section of the people always on the back foot by engaging in useless rhetoric that ultimately results in further spoiling the essence of our composite culture.

Our screeching TV studios are of no help. They are literally adding fuel to the fire. Many of them invite some religious clergy who though well-informed on religious issues are unable to satisfactorily tackle this particular media and deal with the shouting anchors and their co-participants.

Dealing with today’s media — be it television debates or social media activism — is a totally different ball game. You need to have that sort of mental toughness, suave and smart ways of the world to tackle and tickle the bones of contention while still being rational and able to drive the point home. Hit hard, if possible. There is no dearth of talent among our youngsters, let’s prepare them for this important job.

Muslims have always been too accommodating. They won’t and don’t allow any breach of laws of the land.

The Supreme Court's guidelines on noise pollution or any such issue of concern must be adhered to. But doing it selectively may lead to unpleasant repercussions and raise suspicions of bias.