Narendra Dabholkar, Govind Pansare, MM Kalburgi and Gauri Lankesh killed: Why no one cares for the naked proof

The prolonged police investigation is nowhere close to solving the murder cases of rationalists in India. This is despite the fact that the evidence in the cases has been pretty convincing.

In 2013, doctor, social activist, and author Narendra Dabholkar was shot down while he was out for his morning walk. In February 2015, Govind Pansare and his wife, Uma, came under attack. Though Govind, a left thinker, succumbed to the bullet injuries he sustained, his wife managed to survive. 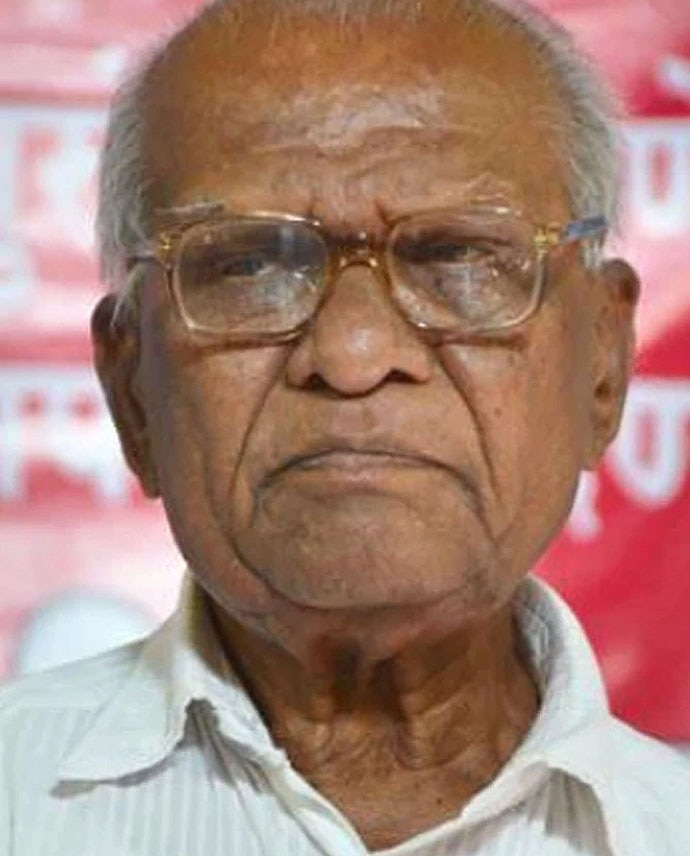 Govind Pansare was killed in 2015 reportedly with the same gun with which Narendra Dabholkar was murdered in 2013. (Photo: Twitter)

Incidentally, the gun used in the killing of both Dabholkar and Pansare was the same. A Karnataka Special Investigation Team (SIT) had earlier identified Ganesh Miskin as the killer. The SIT came to the conclusion after the wife of Kannada scholar MM Kalburgi identified Miskin as her husband's killer during a test identification parade.

Kalburgi was murdered at his house in 2015, the same year as Pansare.

Miskin, who allegedly has links with the Sanatan Sanstha, was also reportedly found to be involved in the murder of journalist Gauri Lankesh in Bengaluru in September 2017. Miskin was reportedly hired by a man named Amol Kale to take another man named Parashuram Waghmore to Lankesh's residence on a bike where Waghmore was supposed to shoot her. Miskin was arrested by the CID in the Kalburgi case in 2018.

A total of three men — Amol Kale, Vasudev Suryavanshi, and Ganesh Miskin — have been found to have been involved in both Gauri Lankesh and Kalburgi's murders. Miskin was also reportedly involved in the murders of Dabholkar and Pansare. 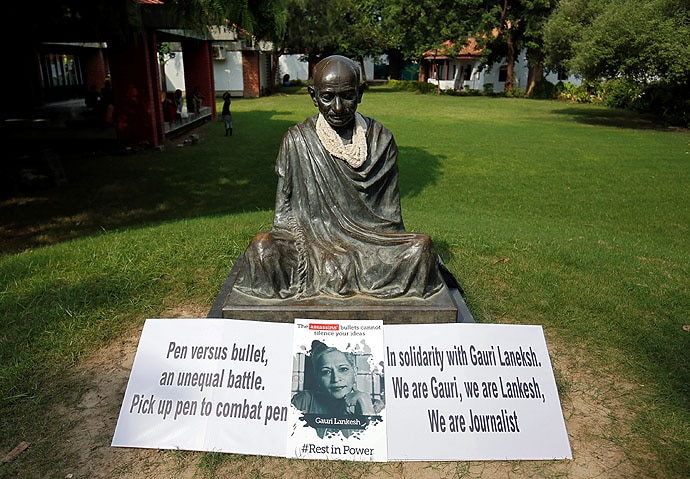 Many murders after, the victims and their families are losing hope for justice. (Photo: Reuters)

The book that reportedly inspired the murder of Gauri Lankesh, Kshatra Dharma Sadhana, says that the villains of the society have to be eliminated to attain peace and learning of spirituality and religion. The book was published by Sanatan Sanstha.

The chargesheet filed by the Karnataka SIT and Maharashtra Anti-Terrorism Squad (ATS) said that the accused involved were inspired by Kshatra Dharma Sadhana.

It thus remains unexplained why the Mumbai Police has not acted against the Sanatan Sanstha and Hindu Janajagruti Samiti (HJS).

Though the Karnataka SIT has made some telling revelations in the cases, the Mumbai Police has looked rather reluctant.

The process of justice involves a fair investigation, witness protection, a transparent, timely and established judicial process. The rationalists, their families and society at large must see this happen.

Also read: Murders Most Foul: Years later, why are investigations of the deadly killings of rationalists and activists still pending?