I want to break free: What Modi never says

Lie down on the couch, the nation will hear you out.

It is not the party sidekicks I am worried about; for all the huffing and puffing in TV studios, when it comes to a crunch, the rookies do not hesitate to hide behind the skirt of their political nanny.

From their hideout, they can only play peek-a-boo with the nation, stirring fears, demonising communities, whipping us into a state of frenzy... so that we are choking with fear even as we post messages on WhatsApp. That is their legacy.

It is not the cherubic-faced ideologues that I am worried about either - they are scarecrows, men of straw - they can only flap and quiver in the wind.

But they have spawned a tribe of flamethrowers who have, in a very short time, brought the worst out of us, turning us into ugly little ducklings.

They have empowered us with hate; clawed into our innate insecurities with the zeal of a grave digger and turned our fears into political rhetoric. Emboldened us to inflict violence on those whom we despise.

But when it comes to a crunch they too will have nowhere to run; they won't be able to hide even behind their cultural stumps - of which there are just a couple in their barn of shame.

In any case, even if they melt into the shadows - as they did during the heady days of the freedom struggle - their medical affliction will give them away - the lack of spine and spunk. It will stick out in the shadows like the hump of the hunchback of Notre Dame.

They rode roughshod over a nation, put a party and a decisive leader with an overwhelming majority into a state of compliance. They cheated us out of our mandate. We feel diminished as a people. The nation will observe a minute's silence and mutter a prayer of thanksgiving when they go away.

Having conclusively established that I am a brave man - since I care two hoots for the vitriolic nonsense of both the mentor and the understudy - let me go a step further and confess that I am only petrified of the letter "M", though I am confused whether it is out of fear or sheer respect.

The letter gives me the heebie-jeebies and I hold it in such awe that I don't even dare stand under a billboard from where dear McDonald (Ronald, the red-haired clown) is smiling patronisingly at us - as we relish a happy meal - and proclaiming with aplomb - "Koti Koti shubh kamnayein" (Wish you luck).

Such is my squeamishness that I dread breaking into a guffaw at one of my wife's jokes as I lean against the billboard; no, not even a chuckle, you never know how M takes it.

Such is my palpable fear that in my echo chamber - which has extremely poor acoustics - the benevolent wishes of McDonald sound like a sinister "boti boti"; and I get the jitters that behind the benign smile is the sinister smirk of an angry bird that is ready to devour the piglets. 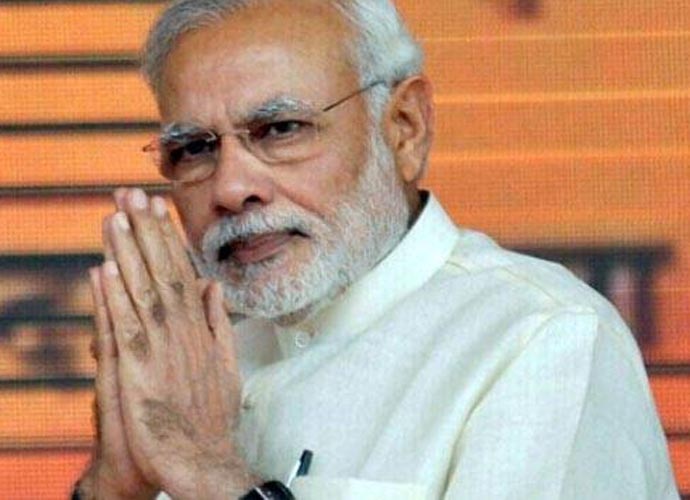 A crisis is a good time to connect with the nation, very often by starting a conversation.

Incidentally, the only person I can look up to in my distress is "our M" - not the American dotard on the billboard - he alone can banish my fears. But he has decided to instead squint through these malevolent times - when there is this egregious outpouring of hatred, bigotry and violence - with the stoicism of a hermit in a pagoda.

His monkish silence and inaction is reminiscent of the pouted reticence of a predecessor, who had similarly sleepwalked into a demolition; and the wooden rectitude of another, whom the nation had suffered in silence out of sheer deference for his age and respect for his white goatee. Like his worthy predecessors, it seems, "M" too believes in negotiating conflicts through silence.

Unless, of course, "M" too is feeling marginalised and persecuted like the rest of us. Almost like a hapless "sevak" who must stick to the ideological template and respond to the diktat from his feudal overlords.

I was a little surprised when "M", after the sojourn in the pagoda, visited the mazar of the last Mughal emperor Bahadur Shah Zafar - the bedridden and decrepit king - the face of the 1857 mutiny against the British.

That is the last place our "M" should have visited. Because there are some historians who are convinced that the last Mughal emperor was a puppet in the hands of the mutineers and a simpering coward who took refuge in his own ineptitude and helplessness. Put on trial by the British, he refused to take ownership for the despicable acts that were committed in his name, including the massacre of scores of Europeans. When the bloody mutiny ended, he was found by the British in a state of abject surrender in Hamayun's tomb!

But we are blessed that "M" is not just a figure head to be notionally worshipped like the cosmic cow and to be depicted on a calendar; rather, he is a robust and, from all in-house accounts, a decisive leader.

True, in the interim, he may have excused himself from the task of actual governance - possibly because he cannot stay still and must keep hopping from continent to continent - a punishing schedule that does not allow him time to showcase his moral leadership. Also, he is feeling a trifle low these days as the public perception about his government does not match with his sense of grand accomplishment.

Somehow I hold "M" in such awe that I find it difficult to accept that his strategic sulk is a manifestation of his supposed feebleness, his sense of political caution and general disinclination to take any action against vitriolic voices. But eyebrows are bound to rise because this is becoming a habitual reluctance to intervene by word or gesture.

Being a self-made man who has made his way to the top the hard way, nobody knows better than "M" the meaning of grit and courage. Courage is standing up to side with those who are meek and weak - even people whom you don't intrinsically like and agree with - because you are a man of compassion, not just strength. We had ample evidence of your sensitivities when you had recounted in an interview how painful it would be if your car driver were to mow down a puppy.

Also, courage is taking ownership for one's own acts and utterances and that of the foot soldiers, something that a feeble 82-year-old Zafar did not. But you had the courage and the intellectual honesty to admit your government had done "absolutely the right thing" in 2002, much to the delight of your admirers.

My elementary maths tells me that it will take you just 10 seconds on Mann Ki Baat to ask these inflammatory voices to shut up - voices which are also incompatible with your development goals.

You had the courage to do what you thought was politically the right thing - be it demonetisation or Doklam. Again, you took in your stride the screaming and shouting from your usual bugbear - the secular brigade - when you implemented your bovine agenda.

We know you are not averse to taking a decision even if it alienates a section of society. Because you have the sagacity to understand that it is better to put your prime ministership on the line rather than go down in history as a head of government who frittered away a golden opportunity on the whims of standup comedians.

If you still can't fathom what I am saying, take a day off and run through any Facebook account - it is strewn with jokes about you and your government.

So, just two words are needed - keep quiet! And if you are still not able to muster the political will and keep buckling under the weight of your ideology, indeed go and take refuge in a pagoda, away from the quotidian din of politics. Because the nation cannot suffer your infinite patience.

A crisis is a good time to connect with the nation, very often by starting a conversation. But a bad time for any leader to act like a diffident groom, as has been our experience with your predecessor. Performance anxiety cannot be an excuse in the third year of governance.

Lie down on the couch, the nation will hear you out.

It was easy to browbeat a nation into submission on demonetisation. It was easier still to use a pliable media to weave a narrative about surgical strikes. The difficult part is changing the nature of public discourse. You can make a beginning by taking the nation in your embrace, so that we too can feel the warmth of the 56-inch chest.

There is a disturbing schizophrenic streak to a party that talks in multiple voices and chooses to be a dummy in the hands of a ventriloquist. But be warned that when it comes to a crunch, the dummy can become a handy scapegoat, too.

So, before you become politically expendable - and you know what a tenuous relationship you have had with the ideologues - break free, find your voice, savour the whiff of dissent. We will then together stand under the billboard and break into a guffaw.

Also read: Why handling of BHU violence is evocative of Nazi Germany

Post your comment
#Bahadur Shah Zafar, #BJP, #Gujarat 2002, #Narendra Modi
The views and opinions expressed in this article are those of the authors and do not necessarily reflect the official policy or position of DailyO.in or the India Today Group. The writers are solely responsible for any claims arising out of the contents of this article.