On his recent visit to Jammu and Kashmir, the PM spoke in Kashmiri. But his attempts have not impressed many speakers of the Koshur tongue.

It must be my frail Kashmiri pride or psyche that took a dent when I listened to our esteemed Prime Minister address a rally in what ostensibly was, or was at least supposed to be, Kashmiri (Koshur). I played the clip in loops to get to the spirit of the message, but the stream of the phonetically-disfigured words eventually led to the blow, and thus, the dent. I gave up and in deep mental angst, I thought: “Modi ji, please leave my language alone!!!”

To ringside viewers, this may look like a non-issue — a feeble attempt at making a storm brew in a Kahwa cup. But when you look at it through the trained eyes of a Kashmir Pandit, who has witnessed almost three decades of insensitive indifference towards Kashmir from all leaders alike, it acts as a finger pressed on a sensitive nerve. Storm in a kahwa cup? No, not quite. (Source: Reuters)

So, here is the thing. It pays tribute to the beauty and local flavours around when tourists visiting the Mughal Gardens pose for shutterbugs in Kashmiri costumes against the flowerbeds. It is gratifying to the grandeur of Kashmir for the locals to take you around Pahalgam, Gulmarg, Tangmarg, Usmarg and the likes. And it is blissful to share the delight of tulip blooms with visiting friends. All this because tourists do not come with the pretence or the power to transform the affairs of the state.

But the Prime Minster of India is a different story.

The photo shoot at the Dal Lake apart, he must not come to Kashmir as a tourist. Add to that the amplification of bad Kashmiri spoken into a microphone ­— and it becomes a communication disaster. Certainly something all serious politicians must avoid, primarily because it amplifies the Centre’s insensitivity that the people of the state have sensed and smelt for years. It only cements a perception. 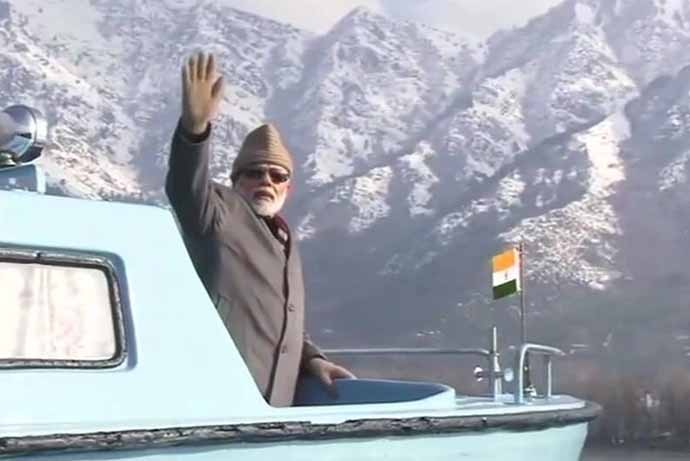 The PM's visit to Kashmir became quite famous for his speech and boat ride. (Source: ANI)

Maybe it was Mr Modi’s way of showing solidarity with the people of Kashmir — but what it actually accentuated was the lack of effort that has gone behind this intent for years together. So, the cynical Kashmiri Pandit in me and my local friends in Kashmir could only view it as another half-baked attempt at a touch of "Ïnsaanyat”. More than anything, it may have cemented the thought of: “He is not one of us” in the minds of the people who live in doubt and fear on most days when the rest of the nation is dreaming of a beautiful future.

So, the submission is, either visit Kashmir as a tourist without any pretence of feeling or, if there are any attempts to connect with the masses, make an honest attempt with all the required effort — i.e., beyond the photo opportunities and political discourse.

And yes, speaking of raw nerves, it impresses no Kashmiri Pandit when politicians call out their misery, using it as a political jumla at election rallies. We waited for the Congress to react and awaited the BJP to act. And now, we are done! 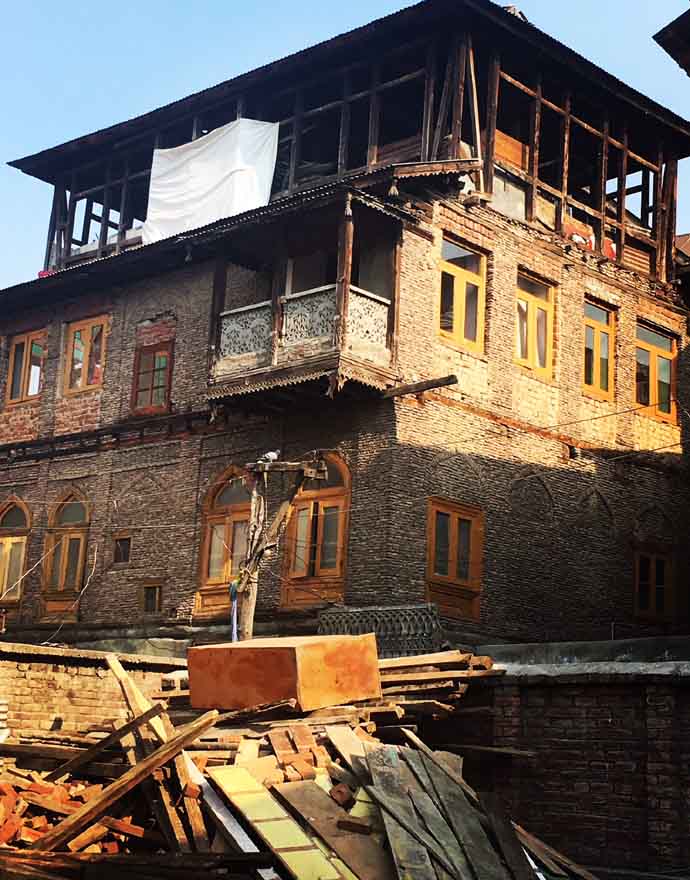 These are the houses of memories for Kashmiri Pandits. Our language is now our only door to them. (Source: Siddhartha Gigoo)

And listening to this speech only raked over our sore and aching spots, earned from three decades of neglect and indifference. Possibly, all we are left with is the unadulterated language that we can call our own.

Let us not sacrifice that too at the altar of politics.

Post your comment
#Gulmarg, #Pahalgam, #Kashmiri language, #Narendra Modi
The views and opinions expressed in this article are those of the authors and do not necessarily reflect the official policy or position of DailyO.in or the India Today Group. The writers are solely responsible for any claims arising out of the contents of this article.