Liberals are too busy painting nationalism in a poor light

“Nationalism is inspired by the highest ideals of the human race, satyam (the truth), shivam (God) and sundaram (the beautiful).”

Indian or Bharat is not just a piece of land that turned into a nation-state with the settlement of human beings and with the establishment of the polity among the people who had certain commonality and shared this same geography. Rather, it is a continuous civilisation of more than four thousand years of recorded history, with several commas, but no full stops, to say metaphorically.

These commas are the wounds that it suffered from time to time with the attack and invasion from external assaulters like the Afghans, Mughals, and British etc. that wounded this great civilisation and often tried to destroy it, though with little success.

Unlike other great civilisations that perished in the course of history like Persian, Mesopotamian, Indian civilisation thrived and survived due to its flexibility and its unique ability to accommodate diversity and plurality, be it religious, cultural, political or even ideological. Perhaps nowhere does one finds diametrically opposite school of thoughts existing with harmony. If there is theism in orthodox school like "Yoga", there also exists "Carvaka" of the heterodox school which propagates atheism!

In ancient time when prosecution due to opposite or different faith was common, this land accepted not just has intra-religious but also inter-religious dissimilarity. This is why India does not fits into the category of nation, state or nation-state, the typical Eurocentric terminology of classification. Rather it creates anentirely new and distinguished category, the "civilisational-state", and any discourse on Indian nationalism must be within this context.

Nationalism - A history of the idea

Nation is a cultural entity unlike state which is a political one. Nation-state is one entity whose cultural and political boundaries coincide. The discourse on nationalism first emerged in Europe with the emergence of various nation-states in which people of one language/ethnicity sought to live together under one government/rule in one state. The idea was exclusive in nature as it held that people of other language/ethnicity are different and therefore cannot live together.

It must be remembered that the European nationalism sought refuge in xenophobia and chauvinism. Therefore, this nationalism gave birth to colonialism where the colonisation of Africa, Asia and Latin America became a matter of pride and honor to respective nations. Noted social scientist Benedict Anderson in his seminal work, Imagined Communities: Reflections on the Origin and Spread of Nationalism, argues that, "Nation is an imagined political community because the members of even the smallest nation will never know most of their fellow-members, meet them, or even hear of them, yet in the minds of each lives the image of their communion." His idea was completely based on his understanding of state formation in nineteenth century Europe where monolithic notions of identity helped in establishing the modern polity. 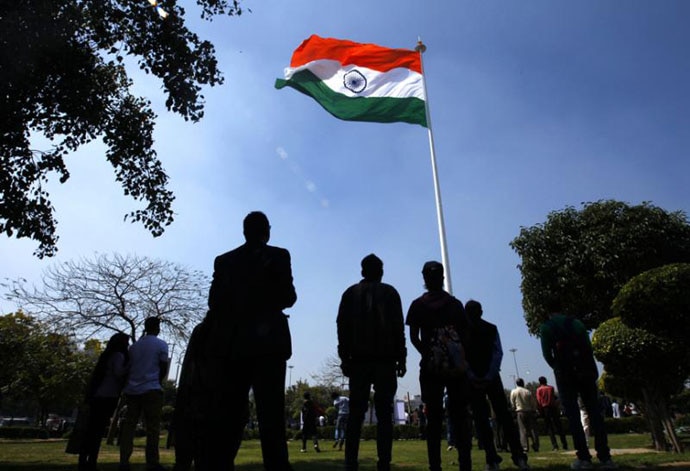 Fake liberals have no idea about the sacrifices made by our soldiers.

However, the Indian case, as argued earlier, is entirely different and one needs to get out the Eurocentric discourses that have shaped our narratives along with the present day education system which is grounded in the "Macaulay tradition" and henceforth, is completely isolated from the indigenous knowledge system. Indian nation is not a product of some modern-day development like the establishment of British raj, as is generally propagated by the apologist of raj, but had been in existence for centuries. It finds mentions in Rig Veda too which describes about the geography of "Akhand Bharat", with Indian Ocean washing its feet and Himalayas as its crown, and the great Sindhu river as its arms.

However, with the passage of time this great land witnessed plurality of ideas, people, culture and civilisations. From Lord Buddha to Guru Nanak and Mahaveer, from Kalidas to Tulsidas, from Swami Vivekananda to Mahatma Gandhi, Indian orchard blossomed with the essence of so many flowers that garlanded this ancient holy land.

But it also witnesses several centuries of colonisation and slavery due to internal weakness and separatism. This not only enslaved the bodies, but also the minds. Servility became a dominant idea and Indian started to demean everything related to India, be it culture, language, education system or values. This has still not been completely undone and this is the reason why majority of the people look Indian nationalism through the prism of western discourse and hence find Indian nationalism as "xenophobic", "exclusive" etc. just like its 19th century counterpart.

One must remember that contrary to Europe, Indian nationalism took birth from colonialism of the country by the British. This feeling of throwing away the foreign rule got its manifestations into various forms cutting across the boundaries of religion, region, caste, class and gender. All social groups came under one roof of nationalism that was reflected in "Bharat Mata", or "Mother India".

Nationalism, just like any other "ism", is a school of thought in the discipline of social sciences. The present day discourse creates binaries of communitarian perspective (group rights) and individualism. Just like nationalism, individualism too emerged in Europe as a product of enlightenment and modernity which argued that individual is a rational being as well as the centre of socio-political activities and therefore his rights must be placed before the group rights. Therefore, the rights and well-being of an individual is perhaps contradictory to that of a nation. Liberalism also promoted the cause of individualism where "free-will" was to be considered sacrosanct. But this is not the case of India because of the very nature of nation and nationalism in India.

Indian nationalism is not based on materialistic idea of land, power and people. Rather, it is spiritual in nature whose motto is to serve the humanity and consider entire world as one family or "vasudhaiva kutumbakam" as espoused in "Maha Upanishad".

In a family, members are bonded not through some contract, but through the bond of love and compassion and the rights of one member are as sacrosanct as rights of other member. Therefore the chances of rights violation gets to minimum, if not zero. According to Sri Aurobindo, "India of the ages is not dead nor has she spoken her last creative word; she lives and has still something to do for herself and the human peoples." So, it is a continuous welfare project that looks into people as cosmos and not chaos and anarchy.

Indian nationalism also believes in "advaita" or the concept of non-duality, as espoused by Swami Vivekananda according to which there are no binaries and the world is as a whole, one. Hence, the binaries of individualism versus nations too are artificially constructed while no such binaries exist in reality as an individual itself is a nation and nation is too an individual.

This idea is very well-reflected in one of the four mahakavya of Sanskrit, "Aham Bramhasmi" or "I am the universe", and therefore, there can be no antagonism between the two.

Nationalism is pro-freedom and pro-equality

Nationalism these days in deliberately reflected in a bad light so as to weaken the roots of India from its glorious past where shared values and ethics shaped a common future for people. Indian nationalism is, and will never be any kind of "anti" — be it "anti-individual", "anti-Dalit", "anti-minority" etc — but will always be "pro" like "pro-freedom", "pro-equality" and "pro-development".

There can always be deliberations of improving it within the constitutional framework, but not by raising slogans against the unity and integrity of the nations, which, unfortunately had been the case in some universities in India. The rights of an individual are safe as long as the sovereignty and integrity of a state is guarded by its soldier. Chanting "azadi" has become fashionable these days for several fake liberals who have no idea about the scarifices made by those who guard the borders from hostile neighbours like Pakistan and China as well as terror outfits.

It is nothing but sheer hypocrisy on their part who do not want others to give them certificate for their "nationalism", but are ever-ready to give and take others certificate of being "secular", "liberal", "progressive" etc. No nation can afford to have pseudos whose agenda is to question the very identity and existence of India, many a times being on the payrolls of notorious spy agencies. If the nation gets threatened, individual rights are the first casualty.

Also read: It's a really great time to be an anti-national