NYAY: The scheme brings focus back to poverty and income inequality in India

India is home to the highest number of poor people (364 million) – more than the population of the US (328 million) and the greatest income inequality in the world. It is definitely time to discuss welfare interventions like NYAY.

The Congress’s poll promise, of giving Rs 72,000 a year to 20% of the poor in the country, has brought the long-neglected issues of poverty and inequality into sharp focus.

While there are widespread concerns about the availability of fiscal space and the implementation challenges associated with such a humongous scheme, there is little doubt that now there is no wishing away a public debate on these critical issues for the next few weeks — or beyond. 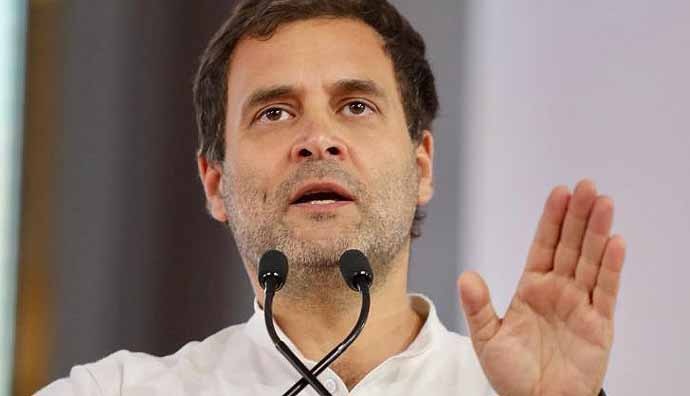 Time for some NYAY? Rahul Gandhi has swung around the political narrative by announcing the NYAY programme. (Source: PTI)

The complete details of the scheme, called the Nyuntam Aay Yojana (NYAY), are not known yet (the Congress has said its manifesto would do the needful) but a few things are clear. If the party comes to power, it would transfer Rs 6,000 a month (Rs 72,000 a year) directly to the beneficiaries’ bank accounts and that the beneficiaries would be about 50 million families or 500 million people (taking five as the average size of a family).

This would cost about Rs 3.6 lakh crore a year.

On Wednesday, former Finance Minister P Chidambaram added that the scheme would be implemented in phases and would cost about 1.8% of GDP at any given time. Given that the GDP for 2018-19 at constant (2011-12) prices is Rs 141 lakh crore, as per the second advance estimates, 1.8% of GDP would mean Rs 2.5 lakh crore. This is no small amount — and bound to raise concerns.

How to fund NYAY?

This would remain in the realm of speculation until the Congress spells out how it will go about it. One Congress spokesman has already said that the party does not intend to withdraw any existing social programmes — which would mean new sources of funding need to be found. What those sources will be shall become clear only when the party’s manifesto is out.

Until then, here is what an international study which goes into this very issue — Tackling inequality in India: Is the 2019 election campaign up to the challenge? released by the World Inequality Lab on March 25, 2019 — proposes. It says the best way is to impose progressive taxes on income and wealth, given the rising inequality at the top of the income distribution graph in India. Are they invited? We still don't know who exactly the beneficiaries of NYAY will be. (Source: Reuters)

How to identify the beneficiaries

The next big question is how to identify the beneficiaries — the Congress has not spelt this out either.

However, the Socio-Economic and Caste Census (SECC) of 2011 has mapped household incomes, among other things, and is a good guide. The Ayushman Bharat programme uses the same data set to identify its beneficiaries and remains the only exhaustive survey (census) of its kind which groups households by the monthly income of the highest earning member.

The World Inequality Report of 2018 shows that India has risen to the very top on the inequality graph during 1980-2016, among US, Canada, Russia, China and Europe.

The 2019 inequality report on India mentioned earlier says this rise in income inequality has no precedent in recent history. 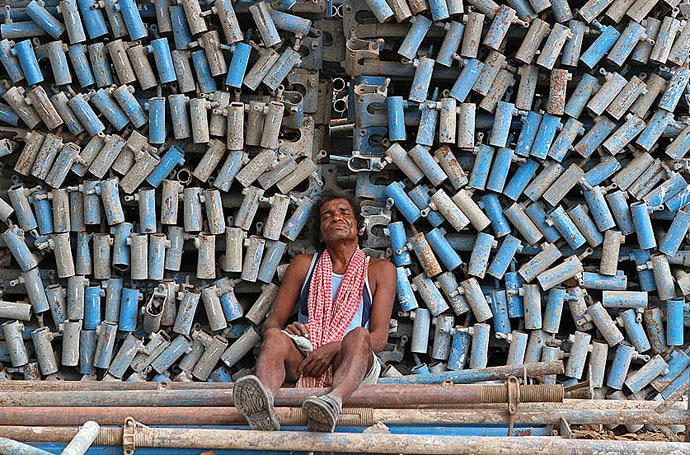 No matter how hard you work — India is the most income-unequal nation in the world. (Source: Reuters)

Further, the Scheduled Castes (SC), Scheduled Tribes (ST) and Muslims are the worst hit — they are “overrepresented in lower wealth deciles (for instance, in the bottom 50 per cent)”.

This income disparity in India was not a mechanical consequence of development but the result of policy choices made after opening up the economy. Other emerging countries which went through deregulation processes were able to combine high growth rates and a much lower increase of income inequality, it points out.

India has the highest number of poor

It is true that India has made giant strides in reducing poverty. The Global Multidimensional Poverty Index, 2018 of the UNDP and Oxford Poverty and Human Development Initiative (OPHI) said 271 million people moved out of poverty in India between 2005-06 and 2015-16.

But this report also said that India was home to most of the poor in the world and that 364 million people were still poor in 2015-16.

This report measures poverty through a multidimensional poverty index (MPI) developed by the UNDP and OPHI, taking into consideration multiple deprivations in health, education and living conditions and includes 10 indicators.

It further said Bihar remained the poorest state in 2015-16 with more than half of its population living in poverty. The four poorest states were — Bihar, Jharkhand, Uttar Pradesh and Madhya Pradesh — home to 196 million MPI poor people or over half of all the MPI poor people in India.

It made more shocking revelations: “Traditionally disadvantaged subgroups such as rural dwellers, lower castes and tribes, Muslims and young children are still the poorest in 2015-16. For example, half of the people belonging to any of the Scheduled Tribes communities are MPI poor... every third Muslim is multidimensionally poor, compared to every sixth Christian.”

We may continue to debate the fiscal possibilities or impossibilities of implementing NYAY or any other scheme of its kind till the cows come home — but it would be worth keeping in mind that India is home to more poor people and more inequality than anywhere else in the world.

#Human development index, #Rahul Gandhi, #Minimum income guarantee, #Nyay
The views and opinions expressed in this article are those of the authors and do not necessarily reflect the official policy or position of DailyO.in or the India Today Group. The writers are solely responsible for any claims arising out of the contents of this article.