Is that a Pakistani shalwar kameez Narendra Modi is wearing?

Pakistani mangoes may be inferior to Indian mangoes, but here's a toast to Wash 'N' Wear shalwar kameez.

I could not believe my eyes when I saw a recent change in Prime Minister Narendra Modi's fashion. Look at the images in this tweet, zoom in and see his kurta pyjama.

You will notice he is not wearing kurta pyjama. He's wearing shalwar kameez.

Fresh from a recent trip to Pakistan, I am 99 per cent sure it's the Pakistani/Afghan style shalwar kameez he is wearing. It's not just the rounded edges of the kameez that give it away. Also notice how the kurta/kameez doesn't look chafed or wrinkled at all.

Compare the images above to other images of the prime minister in kurta and churidar pyjama, and you will notice the wrinkles. Such as this image on the cover of Time magazine:

The biggest discovery of my Pakistan trip in November was the wrinkle-free fabric of the ubiquitous shalwar kameez. It has a name: Wash 'N' Wear. Many shops call it "washnwear" as though it was always one word. "Ek piece washnwear dijiye ga, black colour," I found myself saying.

It is a synthetic fabric as comfortable as any "pure cotton". As the name suggests, it's wrinkle free. Unlike pure cotton kurtas we wear, there is no need to iron and starch to keep them straight. I decided against buying readymade shalwar kameez for fear of confirming allegations that I'm a Pakistani at heart. Instead, I bought countless pieces of the fabric to get it stitched like Indian kurtas.

Little did I know that Prime Minister Modi would be ahead of me in this discovery. And now that he's wearing it in the Pakistani or Afghan style - loose pyjamas, kameez with rounded edges - I no longer fear doing it myself.

As we all know, Prime Minister Modi is a fashion trendsetter. His half-sleeved kurtas, his appropriation of the Nehru jacket as the Modi jacket, his carefully chosen headgear - he's a fashionista of a kind. Even if he is wearing shalwar kameez, it's a tribute to the dress.

The dress is called Pathani Suit in India, but shalwar kameez in Pakistan. In India it is as exotic as the Pathans of the North West Frontier Province, a place now called Khyber Pakhtunkhwa. Thanks to Tagore's Kabuliwallah story many Indians have read in school, we have a distant, vague memory of the Pashtuns roaming around north India before Partition. Today the shalwar kameez is as exotic as the Pashtuns, though we see both in the form of Afghan medical tourists these days. 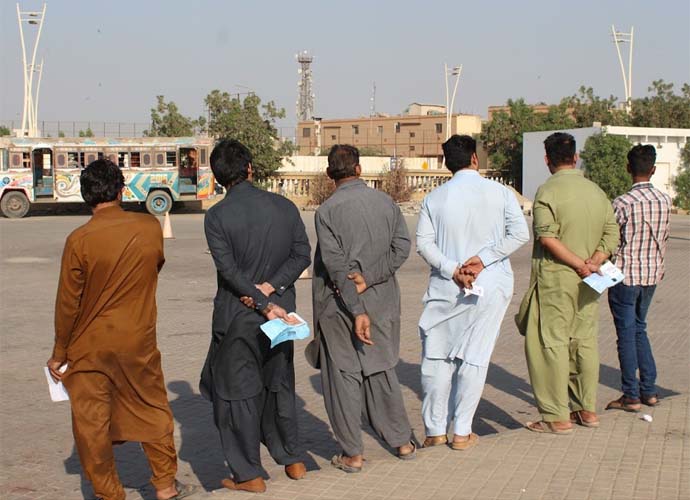 In Lahore, Karachi and Islamabad, I found the shalwar kameez to be ubiquitous. When I close my eyes and think about my Pakistan trip, the image I see is that of men wearing shalwar kameez. Why do they call it shalwar kameez whereas we call it Pathani suit? And why don't we wear it?

To know the answer, I called up a 95-year-old Partition refugee in Gurgaon. Pran Neville is one of the most famous Indians in Lahore.

In 1992, Neville published Lahore: A Sentimental Journey, a book he wrote about what pre-Partition Lahore was like, entirely from memory.

Neville said that Hindu, Muslim and Sikh men alike used to wear shalwar kameez in pre-Partition west Punjab, but they also wore other dresses such as shirts and trousers. The Pashtuns, however, wore only and only the shalwar kameez. That's why the dress came to be identified with Pathans in north India. After Partition, the refugees slowly gave up the dress as it came to be identified in modern India with Muslims, Neville said, even though it's not what Indian Muslims wear.

Dress has often been a marker of religious identity. In his book, Neville has a short chapter called "Clothes and Class". He writes how Muslims wore the tehmat and Hindus the dhoti, but after World War I, Lahore saw a fashion revolution. There was a lot of experiment. As western dresses arrived, clothes began to have a stronger association with class.

In Pakistan today, everybody wears the regulation shalwar kameez in wash 'N' wear fabric. I found the elites and commoners alike wearing it.

Now that our Prime Minister Modi has adopted it, I can do it too. He has solved my dilemma: I'll get my Wash 'N' Wear fabric stitched just like the Pakistanis do. Pathani suit is all I need to say to the tailor.

Pakistani mangoes may be inferior to Indian mangoes, but here's a toast to Wash 'N' Wear shalwar kameez. It's a fashion trend India could do with. FabIndia, take note.

#Fabindia, #Narendra Modi, #Shalwar kameez, #Pakistani fashion
The views and opinions expressed in this article are those of the authors and do not necessarily reflect the official policy or position of DailyO.in or the India Today Group. The writers are solely responsible for any claims arising out of the contents of this article.

Shivam Vij is a journalist in Delhi.