My society is a strange place. It is huge; almost like a mini town, with people from all over the country. People who wake you up with their loud bhajans at 6 in the morning before even my east-facing French window can to people who are concerned citizens who plan on bursting only green crackers every Diwali. Then they get on the WhatsApp group to complain about 'the others' who flout Supreme Court guidelines and society guidelines and all other guidelines under the nonexistent Noida sun.

A week after Diwali, someone struck back. He wrote, "Don't blame crackers for everything. Bursting crackers is a personal choice. If you have so many problems with the pollution, why don't you go elsewhere? No one is forcing you to stay in NCR." What happened next was a textbook text war. Noida is (quite obviously) no one's. How dare you tell us we should go somewhere else? 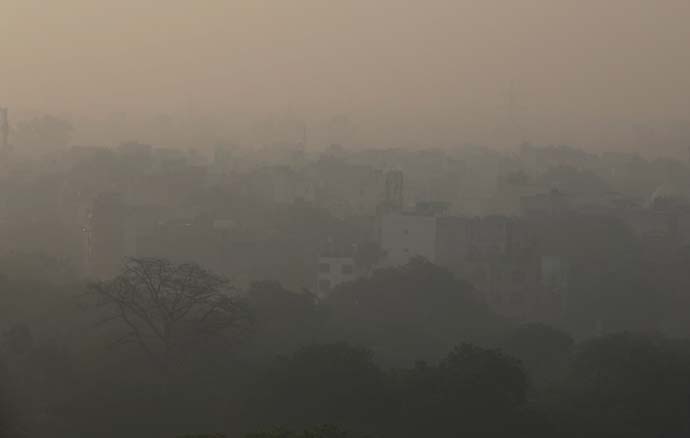 Why did we even come to the capital?

From my nondescript little town, Delhi was the glittery dream. Kolkata was the inevitable 'leaving home'. Delhi was a giant leap for the Cooch-Beharkind. The galis in that city are wider than the state highways here. There is the Metro. The trains are even air-conditioned! (Take that, Kolkata Metro!) Delhi was my first rebellion. Delhi was the capital. Nothing was impossible there. Delhi was the city which held the romance of an eternal hope. The hope of a better future, the hope of better education, the hope of better jobs. In 2007, little did my parents know that they were packing their daughter's bags for a city that would soon turn into a gas chamber.

(I can't recognise you when you're close to me ... you're all blurry.

The farther you go, the clearer you become.)

So why did we even come to Delhi?

It is 2019. Our evens are at odds with each other. The solutions are nowhere to be found. If you look up at the sky to pray for better days, your gaze meets the haze. At your feet is several feet of toxic foam. Every time you step out of your house and inhale the air, you die a little. You have those numbers thrust in your face all day. "44 cigarettes, AQI 999+, PM 2.5, PM 10." What the hell do they even mean? Here are 100 more articles to break down exactly what they mean. But our bodies don't understand this language of numbers and newsreaders crying "Chernobyl". What our bodies do understand is the breathlessness, the watery eyes, the runny nose, the acne, the flaky skin, and at the end of the day, another sleepless night. And that is just what is visible to the naked eye.

A colleague told me yesterday that her friend's perfectly healthy child, born three days before Diwali a few years ago, died in 20 days. It couldn't survive. Someone on Twitter wrote the other day that even though her child is asthmatic, she has never once asked for a ban on crackers. 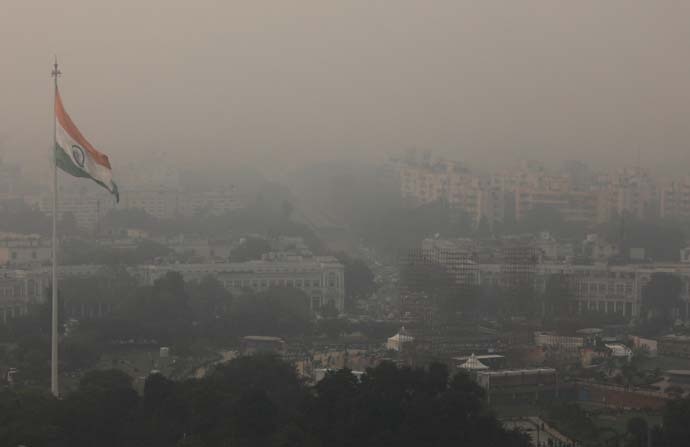 People have forgotten the colour of the sky. (Photo: Reuters)

India, from our Geography books to our literature, has always been a confluence of extremes. Our freedom of expression is now at loggerheads with our freedom to breathe. Will you add Freedom to Breathe as the seventh fundamental right in the Constitution? Or should it nudge all others one spot down and take the first position?

The Prime Minister of the country has outside his home groups of people protesting for their right to breathe in this unbreathable air. The chief ministers of Delhi, Punjab and Haryana are still looking for a matchmaker to fix a meeting. Politicians elsewhere are suggesting the ageproof-criticproof-foolproof method of yagnas to tell Indra Devta to give-me-some-sunshine-give-me-some-rain but rain first. That's Indra's department.

People have forgotten the colour of the sky. Airplanes landing in the city are flying in the blind but for the Instrument Landing System. The ones taking off know the sky is better above this blanket of smog. Twitter is flooded with blue skies from other parts of the world. Je suis Delhi.

There's a new fight on the WhatsApp group. Can the residents of 0000 please turn the music down? It's 1am. My eardrums are splitting. My eyes water.